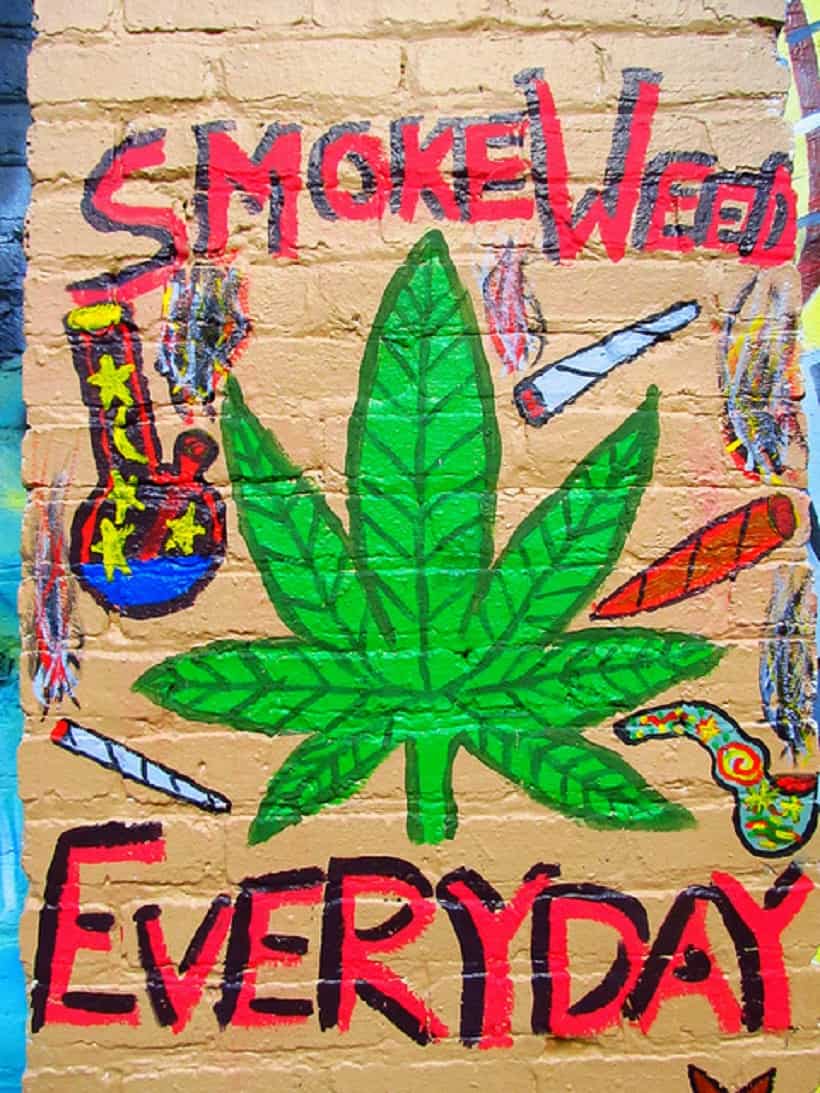 How to Ask Someone If They Smoke Weed

If you want to know if a person has the propensity to smoke weed, how do you ask them? It might be uncomfortable for you to ask a stranger, but there are ways to discreetly do so, even though, it is none of your business. If you really want to know, there are certain ways to ask without being rude, depending on the scenario, the person and the need to know. There are times when you can just look at a person and be able to tell right away that they smoke weed. However, there are times when you might be uncertain. In such case, how do you handle the situation?

Instead of going about assuming that a person does or does not smoke weed, why not ask them outright. However, do not let it look too obvious or try to embarrass the person. There are several ways that you can ask someone if they smoke weed without having to actually use the words ‘pot, weed, cannabis, or marijuana.' If you are just curious, there are some subtle ways that you can do this.

Most people may give you the clue through their physical appearance or their vibes. This will make it relatively easy to guess without even having to ask. However, if you want to be sure, you can just outright ask and the person won't feel bad since they may already be active smokers. In other words, you would have guessed right and so the answer would be a resounding yes. In fact, if you guessed right, the person would be happy to tell you that they smoke weed.

There are so many individuals who smoke and won't be ashamed to say so. Just go by your feelings about the person before you ask. A person does not have to look like a stoner not to be one. Some people smoke weed in the privacy of their home and do not want to publicize it. If you have just met someone that does not look like a blazer, it is wise to wait and get to know the person before asking. If you find that the person is really cool, by then, you can inquire.

If you are looking for a smoking partner, then it is particularly important to wait to get to know the person. Or if you smoke cigarettes too, you can start off with smoking cigarettes and then during one of those cigarette smoking sessions, you could mention that you smoke weed and ask the person, if they do so too.

How a person holds a cigarette may reveal if they smoke weed. For instance, weed smokers usually hold a joint or blunt with their thumb and index finger. This allows smokers to avoid crushing the joint and restricting air flow. It also allows them to better pass the joint or blunt to friends without getting burned. Cigarette smokers hold their cigarettes between their index and middle fingers.

If you notice someone in a T-shirt that has a logo or image associated with weed, then you can immediately go for the jugular. In fact, this is an easy way to break the ice and just ask the question, “Do you smoke weed?” Why would someone be wearing a marijuana leaf logo T-shirt without representing the cause? Go figure!

Wearing 420-friendly apparel yourself is a good way to find someone who smokes. A fellow weed user may comment on your shirt revealing their feelings about pot. A basic “Legalize It” shirt with a green pot leaf can showcase your smoking habit. Being open about your support for weed through your clothing choices can attract like-minded people.

Red and glazed eyes are another obvious indicator that a person is high and may smoke weed. They may have just consumed edibles, which can also cause red and dry eyes. Smelling like weed is another sign they may have just come from a smoking sesh. Smoking tends to produce a more pungent smell than vaping or dabbing.

Know Where to Ask

Some locations and events may be more likely to attract cannabis smokers than others. Asking someone at a college party or a craft brewery if they smoke weed is likely to yield a yes. Many music festival-goers may partake in smoking bowls, blunts, or joints.

If you’re looking for smokers in your area, Instagram and Twitter are excellent tools to find like-minded individuals. Search popular cannabis hashtags and tagged locations to find users that smoke. LinkedIn, in particular, is a great social media tool for cannabis professionals. You can also check out cannabis-friendly social networks including dating apps for cannabis users.

Finally, legal cannabis states will likely have more cannabis smokers than states that restrict the drug. Be careful where you ask, though. For example, most countries ban cannabis use, cultivation, and sales. Some may even impose harsh penalties for possession. Asking someone if they smoke weed may not get you in trouble, but asking to buy some might.

Here are some ways to break the ice:

If you feel comfortable enough with a person, simply ask them if they would like to smoke weed with you. Pot use is becoming increasingly mainstream. The stigma surrounding its use is slowly fading. Nowadays, smoking weed shouldn’t be something to be ashamed of. Instead, it should be celebrated (in moderation).

As the pot market has expanded, so have its derivative products. Flower and pre-rolls are still a favorite among consumers, but now there’s plenty of more options. Weed users are increasingly moving away from smoking (or even vaping) to edibles, tinctures, and topicals as a healthier alternative.

If you want to know more about how to ask someone if they smoke weed, go to the Cannabis Training University today. Our programs teach students around the world about the industry. Stay up-to-date and educated about the industry’s major topics with CTU.