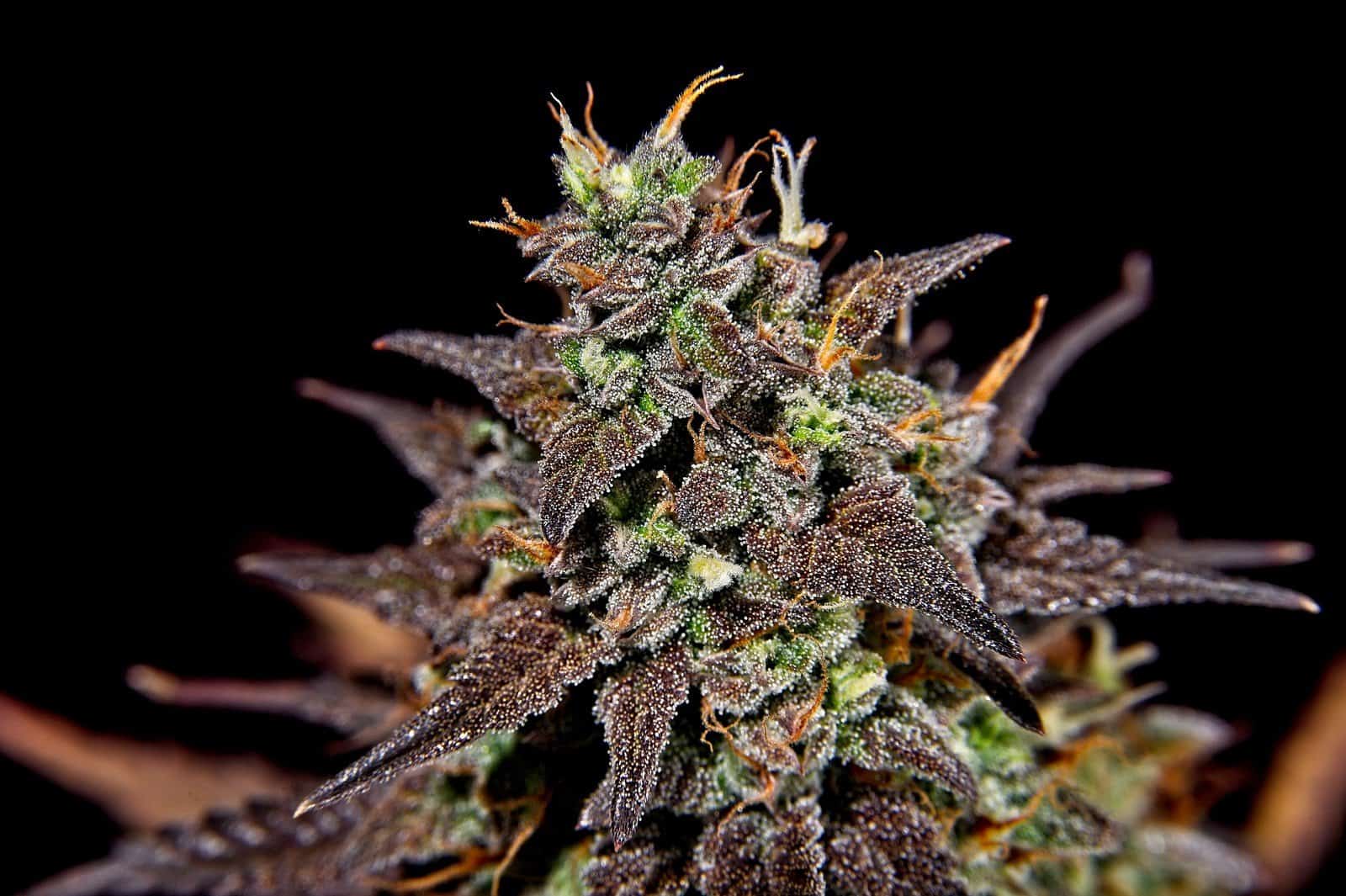 When shopping for a good cannabis strain, choosing just one or two may be difficult, as many dispensaries have a wide selection of indica, sativa, and hybrid strains on their menus. Just like standing in front of a display of craft beers, narrowing down your purchase can take a while. We all have our favorites, but as the saying goes, “variety is the spice of life,” so when an enticing new strain appears—or an old classic you like—a wonderful dilemma can occur. Should you go with something you know or delve into uncharted waters?

The main two marijuana strain categories are indica and sativa, and many people prefer one or the other. The third option is a hybrid that contains percentages of both, but dividing strains into these three categories is not very accurate. The truth of the matter is that the vast majority of strains are hybrids, with a comparatively tiny category that can accurately be called pure indica or sativa. Most of the strains that appear on pure indica or sativa lists have only a high percentage of indica and sativa and lean that way as far as plant structure and effects go.

Pure indica or sativa strains come directly from one of the original geographical regions for cannabis or were transferred to another area of the world where they thrived and were preserved in their pure forms. Strains from Colombia, Mexico, Jamaica, or Africa fall into this category. Pure sativas like Durban Poison from South Africa were kept pure because their greatness was recognized and preserved. Durban is found in its pure form today, and it also serves as a good strain to cross and create interesting hybrids. Durban and other pure or nearly pure sativas will have a narrow, long leaves, lighter green color, and will stretch out while growing, also requiring a longer flower stage before harvest. These sativa plants are known for their racy, motivational, and cerebral effects. Sativa-leaning hybrids can successfully grow outdoors in many temperate regions and mature quicker than pure sativa, which would be a challenge to grow in these same regions.

The same can be said for pure indicas like Afghani. The influence of pure Afghan cannabis on popular hybrid cultivars is huge, but straight Afghani is still around for those who want to enjoy it. The plants have wide, short leaves, dark green color, and short stature. They mature quickly, which is one of the reasons they’ve been crossed so often to create hybrids. The quicker harvest of these hybrids cuts time off the grow period—and time is money. These indica-leaning hybrids can successfully grow outdoors in temperate regions and also capture some of the pleasing qualities from the sativa side of their genetics.

Manmade hybrids enjoy immense popularity for very valid reasons. These days, the majority of hybrids are made from crossing other hybrids. When creating new hybrids in this manner, the intent is to capture some of the best qualities of each parent and combine them.

For example, take Blueberry AK, which was created by crossing Blueberry (an Oregon indica-dominant hybrid) with AK-47 (a Dutch sativa-dominant hybrid). The resulting hybrid is Blueberry AK, a nicely balanced cross with phenotypes that takes some of the best qualities of Blueberry and AK-47. The berry flavors of the Blueberry shine through with a spicy quality from the AK-47. There is a unique musky quality as well, which draws a little from both sides of this hybrid’s pedigree. The result is something entirely new, different, and exciting—which is exactly the reason people create new hybrids. Blueberry AK is distinctly different from either of its parents. Otherwise, this cross would have been useless to create and never would have reached it level or popularity. Blueberry AK scored a remarkable 4.9 (out of 5) on Leafly, from reviews from 23 people.

This is no easy feat when consider the sometimes-jaded attitude of cannabis consumers. Blueberry AK doesn’t have racy and or couch-lock effects. Instead, it’s a happy strain that’s upbeat and relaxing at the same time. Both Blueberry and AK-47 have nice, uniquely balanced effects in their own right, so it should come as a surprise that their offspring has a pleasingly balanced effect that’s all its own.

Expectations from a Marijuana Hybrid

Remember that the indica and sativa categories on many dispensary menus list strain names that are not truly pure indica or sativa. It’s a fact that one dispensary may call a given strain sativa, while a dispensary down the street calls it an indica. These inconsistencies come from the hybrid status of these strains. No one would call Durban Poison an indica or Afghani a sativa. The constant reshuffling of hybrid genetics results in a cloudy designation, that can be difficult to accurately define. While it’s safe to say that a pure sativa will result in an uplifting, cerebral, and motivational high, and a pure indica will result in a sedative, couch-lock body buzz, hybrids can behave quite differently.

Sometimes you will even find a difference in effects among two versions of a strain carrying the same name. For instance, the popular Bubblegum strain originates from Indiana and is a clone-only strain. When a few Bubblegum cutting made their way to Amsterdam, they found their way to two seed companies, T.H. Seeds and Serious Seeds. These two companies set to work to stabilize the strain and release it in seed form. The Indiana Bubblegum is indica-dominant, but Serious Seeds crossed it to become sativa dominant. T.H. Seeds headed in a different direction than Serious Seeds and created an indica-dominant Bubblegum in seed form. So, while there are two sources of Bubblegum in Amsterdam, one leans to the sativa side, the other to indica, so the effects differ slightly depending on which version you buy. To confuse matters further, Bubblegum is a delicious strain (if you clone a good pheno), so other companies took the strain a step further to create strains like “Double Bubble,” and “Bubblelicious.” Thus, numerous bubblegum-flavored strains are now available. All are hybrids with slightly differing effects.

The more noteworthy hybrids are those that create a distinctive effect. Take the immensely popular White Widow as a good example. When smoked, the first effect is a soaring sativa high that’s felt in the head, but this slowly evolves into a relaxing, but not sedative, effect that balances into an overall effect felt in the body as well as the head. White Widow has a distinct flavor and a generous coating of frosty trichomes that gives this strain its name. Most hybrid creators are shooting for unique and different flavors and effects when they release a new strain, and White Widow definitely delivers in both areas.

Because of the vast number of hybrids available in the cannabis space today, the ratios of sativa and indica found in them are all across the board. When it comes to effect, some act like indica and some act like sativa. For industry professionals looking to explain the various effects to their customers, assuming that a sativa-dominant strain will behave like sativa when it comes to effect, a better idea would be to have the strain tested for cannabinoid and terpene levels. As we continue to gain a better understanding of these compounds, we can accurately determine how they will affect those who use them. These days, with some indica-dominant strains behaving more like sativa and some sativa-dominant strains acting more like indica, the cannabinoid and terpene profiles are the best way to accurately dial in on how they will impact consumers.

Hybrids rule the cannabis industry. No one is going to produce a 100-percent pure sativa or indica these days. What they can do, however, is come up with an exciting hybrid that can have any number of flavors and effects. The choice of hybrids is huge, so enjoy yourself when narrowing down which one will provide you with the effect you want!