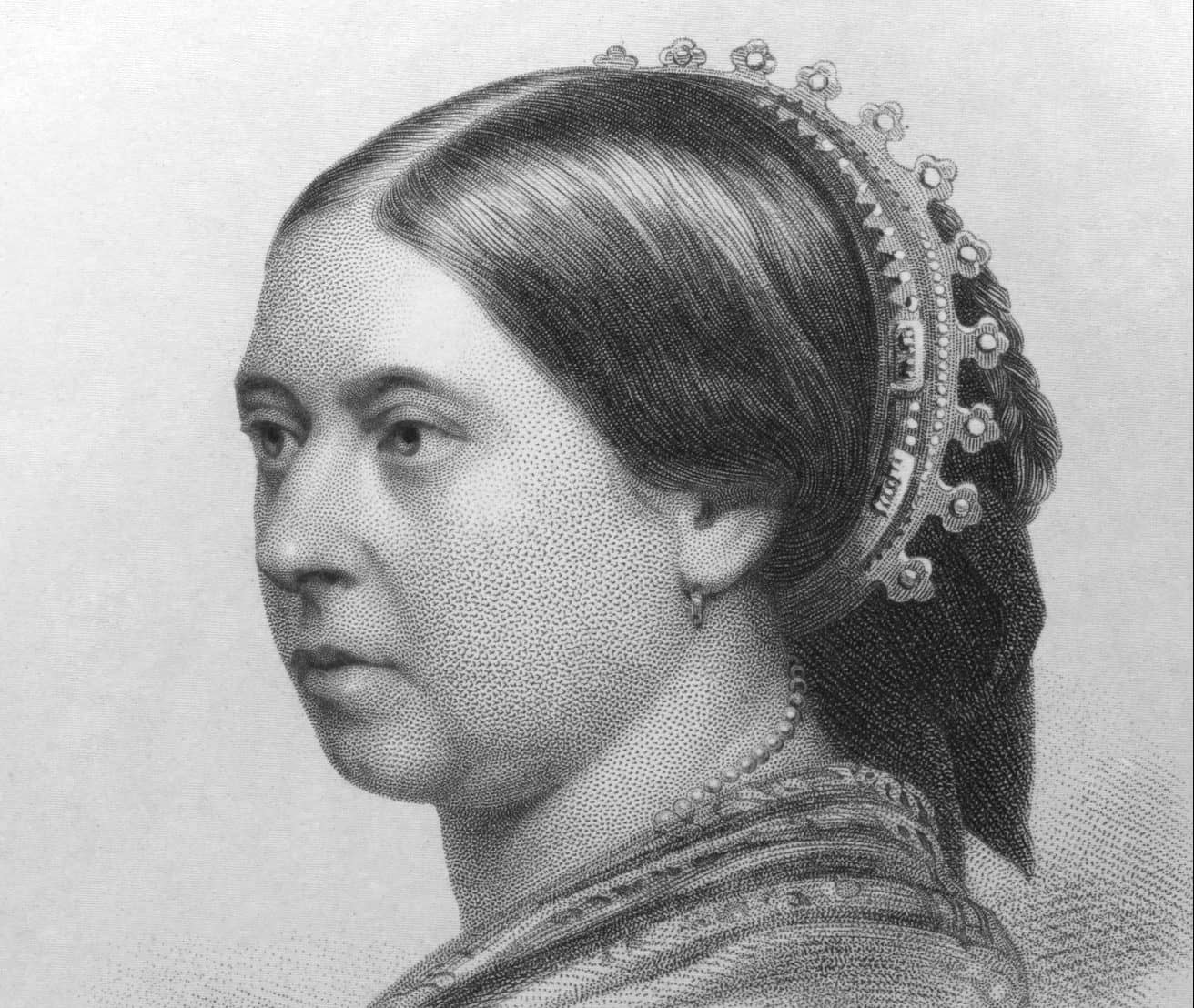 Most Famous Cannabis Users Throughout History

If you’re reading this, most likely you have a passion for using cannabis—or, at the very least, you have an interest in or involvement with it in a professional capacity. You’ve also probably heard about famous celebrities and other high-profile individuals who enjoy the plant.

Some of these people even made careers out of cannabis use and promotion in years prior to legalization (Cheech and Chong) or were/are so connected to marijuana use that it’s difficult hear their names without it coming to mind (Bob Marley, Willie Nelson, Snoop Dog). To learn more about a wide range of cannabis users through history—including some that should come as big surprises—keep reading.

Cannabis Use Throughout History

What you may not know is the profound impact cannabis (including hemp) has had on the entire world throughout history. For instance, the United States never would have been discovered without cannabis. Back “in fourteen hundred and ninety-two when Columbus sailed the ocean blue” his ship was powered by sails made of hemp fiber.

Cannabis also made profound contributions to art. The world would have missed out on the artistic masterpieces of Van Gogh, Gainsborough, and Rembrandt without cannabis, because the canvases on which they painted were made from hemp. Hemp has served civilization in the world of textiles, too. Throughout history—and even today—many clothing items are made of hemp fiber—including the earliest pairs of Levi’s jeans.

Virtually everyone knows that marijuana use transcends racial boundaries, gender, and economic classes. It definitely has wide appeal, not only today, but throughout history.

U.S. Presidents and Cannabis Use

In the world of politics, George Washington, Thomas Jefferson, James Monroe, and Abraham Lincoln were known for their involvement with cultivating or promoting cannabis in the form of hemp. Washington also cultivated marijuana with higher levels of THC compared to his crops of industrial-quality hemp and was known to smoke it.

Thomas Jefferson and James Monroe, the United States’ third and fifth presidents respectively, both served as U.S. ambassadors to France, where they each developed a liking for smoking hashish. Monroe in particular loved to smoke it and continued to do so in until he was 73 years old. Apparently, he was quite smitten with it.

Ditto for Lincoln. Lincoln enjoyed playing his harmonica, and in a letter from him to the maker of his musical instrument he once wrote, “Two of my favorite things are sitting on my front porch smoking a pipe of sweet hemp and playing my Hohner harmonica.” Since the days when Lincoln liked to pack a bowl, more recent United States presidents like John F. Kennedy, Bill Clinton, George Bush, and Barack Obama are known for their marijuana use.

Cannabis Use Among World Leaders

Cannabis use among world leaders is in no way restricted to America. There were more English lords and royalty known for using it than can reasonably fit into this article, but one of the most notable was Queen Victoria, who might have been the world’s first medical cannabis user. Prescribed to her by her physician, the queen consumed it as a concentrate, in tincture form.

Apparently, it was somewhat common for British royalty to keep cannabis on hand for personal consumption and to share with friends. In France, Hundred Years War heroine Joan of Arc was thought to use “witch herb,” the term used for marijuana when she was alive.

Numerous people in the visual arts are/were no strangers to the plant. Both Pablo Picasso and Salvador Dali were known users. Vincent Van Gogh used cannabis while he was painting, obviously finding creative inspiration in the plant that helped him transform paint and canvas into wildly swirling images.

Other historical cannabis consumers who are somewhat difficult to categorize in a group—some surprising and others not so much—include philosopher Friedrich Nietzsche, Walt Disney, and Mexican revolutionary Pancho Villa.

Artists and Cannabis Use

Marijuana has a long history of use among writers of literature and poetry as well—and not only in modern times. In 17th century England, William Shakespeare partook in marijuana. Clay pipes found at his home in Stratford-Upon-Avon contained traces of cannabis. In one of his sonnets, Shakespeare wrote about “a noted weed.” Gothic writer Edgar Allan Poe—known for his use of various drugs—also is on record for his cannabis consumption.

American writers have an equally rich history with the plant. The list of cannabis-friendly Americans includes Tennessee Williams, Ernest Hemmingway, Norman Mailer, Maya Angelou, and Jack Kerouac. Gonzo journalist Hunter S. Thompson and his contemporary Ken Kesey also share a long history of marijuana use—which should hardly surprise those who are familiar with their works.

Author Stephen King is on record for once saying, “I think that marijuana should not only be legal, I think it should be a cottage industry. It would be wonderful for the state of Maine. There’s some pretty good homegrown dope. I’m sure it would be even better if you could grow it with fertilizers and have greenhouses.”

Entertainers Use Cannabis Too

In the world of music, not only rock stars have been known to light up. The list of rock stars who consume(d) cannabis is too long to list, particularly among artists of the ’60s and ’70s. Marijuana use among jazz and blues musicians predates that of contemporary and past rockers. Jazz greats Louis Armstrong (a daily smoker), Buddy Rich, Cab Calloway, Count Basie, Dizzy Gillespie, Gene Krupa, Jimmy Dorsey, Miles Davis, Ray Charles, and Thelonious Monk all used cannabis.

A similar situation is true of Hollywood actors. There are too many modern actors to reasonably list here, but the list includes Jennifer Aniston, Brad Pitt, Carrie Fisher, Cameron Diaz, Drew Barrymore, and Johnny Depp. Among actors of the past, Cary Grant, John Wayne (who smoked once and said it had no effect on him), and Marlon Brando all are on record for smoking marijuana. Robert Mitchum was busted for cannabis possession in 1948 and served 90 days in jail for it.

Because marijuana consumption is known for giving people the giggles, it should come as no surprise that many comedians enjoy(ed) it. Notable comedians who condone smoking cannabis, use it themselves, and even include its use in their acts, include greats like Dave Chapelle and Kevin Smith. But cannabis use among comedians goes back to even before the ‘70s and ‘80s. Not only were Saturday Night Live and Second City greats like John Belushi and Bill Murray regular consumers, but comedians of earlier years like Jackie Gleason, Lenny Bruce, Joan Rivers, and Peter Sellers have a history of cannabis use.

Relax… You're In Good Company

By now you should have a clear understanding that the use of our favorite herb has a long and rich history, and there is no telling who does or doesn’t enjoy it. Even unlikely people like Martha Stewart, who once said, “Of course I know how to roll a joint!” is comfortable with its use—which may help explain her otherwise unlikely relationship with Snoop Dog. There’s no denying it. When it comes to telling whether or not a person enjoys cannabis, you can’t judge a book by its cover!