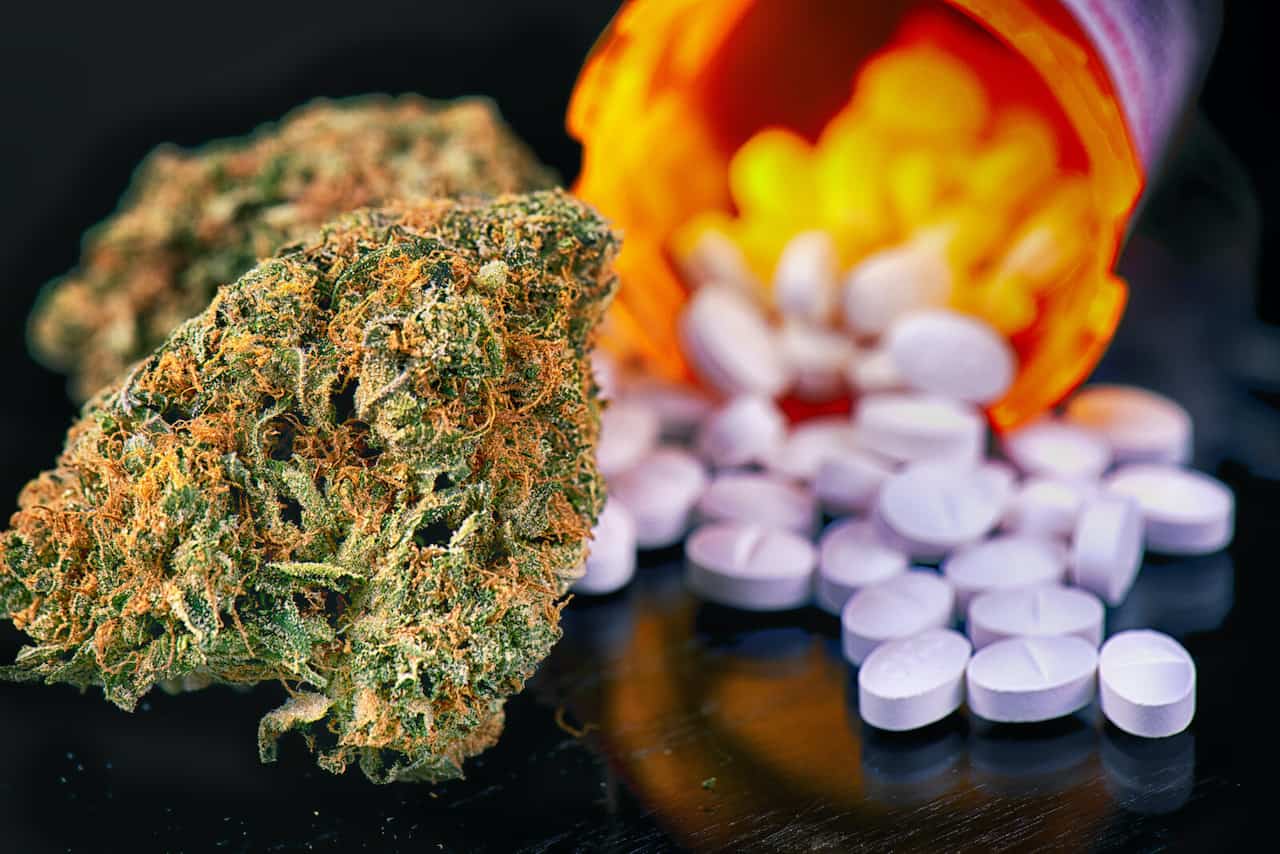 3 Adderall and Weed Effects To Watch Out For

Adderall is a powerful stimulant that can help patients with ADHD focus and achieve success in school and work. However, this stimulant can have a high risk of abuse and dependence, especially when mixed with other drugs such as alcohol or cannabis.

While Adderall and weed can have therapeutic effects on their own, mixing Adderall and marijuana and using them without medical supervision can create a wide range of short-term and long-term effects.

Adderall is a highly prescribed drug and is frequently abused and sold on the street market. Therefore, we often hear people mixing the two, but there hasn’t been enough research on the side effects and whether it’s entirely safe.

Our guide can help you understand these negative side effects and reduce the risk of addiction.

Adderall is the name of a brand of medication combining amphetamine and dextroamphetamine. Generally, it is used to treat attention deficit hyperactivity disorder (ADHD) or narcolepsy. As a central nervous system stimulant, Adderall can enhance the effects of naturally occurring neurotransmitters such as norepinephrine and dopamine.

For ADHD patients, Adderall can help improve attention span, hyperactivity, and impulsive behavior. Essentially, this drug can help a person remain focused and organized, as well as improve their listening skills.

However, it’s often used as a stimulant by non-ADHD people to improve performance or pleasure. There are some minor side effects of racing heart, dry mouth, headaches, shaking, etc.

Mild Side Effects of Adderall

While this prescription medication can have numerous beneficial effects for patients with ADHD or narcolepsy, it can also have several side effects, including:

Serious Side Effects of Adderall

In severe cases, serious side effects of Adderall can include the following:

If you are experiencing any of these symptoms, seek immediate medical attention from your primary physician.

Abuse or overuse of Adderall can cause withdrawal symptoms, including:

There is no treatment for withdrawal symptoms. Users will have to wait until the symptoms subside after a few days or weeks of cessation.

How Long Does Adderall Stay in Your System?

Why is Adderall Addictive?

Adderall has a high potential for abuse and dependence if not administered with a prescription and under a doctor's supervision. With medical supervision, the risk for dependence is low. However, addiction can occur if a patient takes a higher dose than prescribed or uses it for longer or at a higher frequency than prescribed.

Adderall can become addictive due to its stimulating properties. While it can help improve concentration, it can also elevate your mood and decrease appetite. Users can become dependent on the increased levels of dopamine and norepinephrine with frequent use. With the need to maintain high levels of work or academic performance and the wide accessibility of the drug, addiction may be more common.

What are the Effects of Weed?

Marijuana can be considered a depressant, stimulant, and hallucinogen. The effects of marijuana vary from person to person and depend on the type of marijuana consumed, frequency of consumption, tolerance, genetics, metabolism, and other factors.

Marijuana can have numerous health benefits including pain management, reduced inflammation, sleep management, and improved neurological and mental disorders. While not as addictive as other substances, it can have a wide range of short and long-term effects.

Short-Term Side Effects of Weed

Short-term side effects of weed use can include:

Long-Term Side Effects of Weed

Long-term side effects of chronic weed use include:

While marijuana is generally well tolerated and not as addictive as other drugs, it does have some risk of dependence and addiction. Studies indicate that about one in 10 adults who use marijuana can become addicted. The risk for addiction increases to 1 in 6 if you use weed before the age of 18.

Cannabis use disorder (CUD) is a condition that causes physical, social, and emotional issues related to marijuana use. The symptoms of CUD can range from mild to severe. CUD can turn into a full-blown addiction if the user cannot stop using weed even when it negatively interferes with their daily life.

Mixing Adderall and Weed: What Are the Effects?

Many people report varying side effects when combining Adderall and weed. Additionally, there hasn’t been much research to support whether it’s dangerous or not, but there are a few side effects to be wary of; increased heart rate, addiction, and suppressed appetite.

One of the side effects of both of these drugs is an increase in heart rate. This means if you have a heart condition or not sure if you do, this combination could be lethal since it doubles the potential heart rate.

This then causes your heart to work harder than needed and can lead to issues such as increased stimulation and will cause your heart rate to spike.

Another side effect is both drugs have addictive components. Adderall is physically addictive since it ”increases the quantity of norepinephrine and dopamine levels in the brain. Norepinephrine is a neurotransmitter that increases the brain’s response to events, ” (NACA) and your body can become addicted to that sensation.

Weed is natural and does not have the same addictive qualities that Adderall has. Still, it’s often believed that weed can have psychological addiction and people are emotionally attached to smoking weed versus their body craving it.

The last side effect both drugs have is a suppressed appetite. You might not feel as hungry when under both substances, leading to unexpected weight loss.

Is it Safe to Mix Adderall and Weed?

Mixing Adderall and weed is not recommended due to the many side effects a person can experience. In addition, mixing the two substances can increase the risk of developing a dependence on weed or Adderall. With frequent and chronic use, the side effects can worsen, resulting in long-term damage.

If Adderall and weed are mixed, users may also experience intense nausea, vomiting, diarrhea, and worsening of mental health problems. If you are already suffering from mental health problems such as schizophrenia, mixing both substances can trigger hallucinations, delusions, and paranoia.

If you or a loved one is suffering from substance abuse, addiction treatment can help with the recovery process. Adderall abuse and addiction and issues mixing substances such as Adderall and weed can be treated with the help of a medical professional. A doctor can help a patient gradually withdraw from Adderall and other substances.

Doctors may direct a patient to an outpatient or inpatient rehab facility that treats Adderall addiction. A doctor will recommend tapering of Adderall usage to reduce the symptoms of withdrawal, which can be severe enough to make a user continue the addiction. Eventually, a person can completely eliminate Adderall use safely with addiction treatment.

After getting treatment for withdrawal, patients are prescribed psychotherapy or behavioral therapy for substance abuse. In these therapy programs, patients are taught positive coping mechanisms to deal with stress, anxiety, and other triggers that increase the risk of Adderall use or mixing substances. Therapy can have tremendous success in treating Adderall addiction.

Want to Further Your Education?

It’s important to know the ins and outs of one of the most sought out plants in the world. We’re still learning about its benefits and advantages.

As each state quickly legalizes, the potential to educate yourself on marijuana can only help in the future. To expand your knowledge, it's imperative to have all essential information about marijuana usage, from growing to extracting, you want to understand the plant down to its roots.

Cannabis Training University is the original source of marijuana information and certification. Courses are updated for the most recent laws, whenever they change.