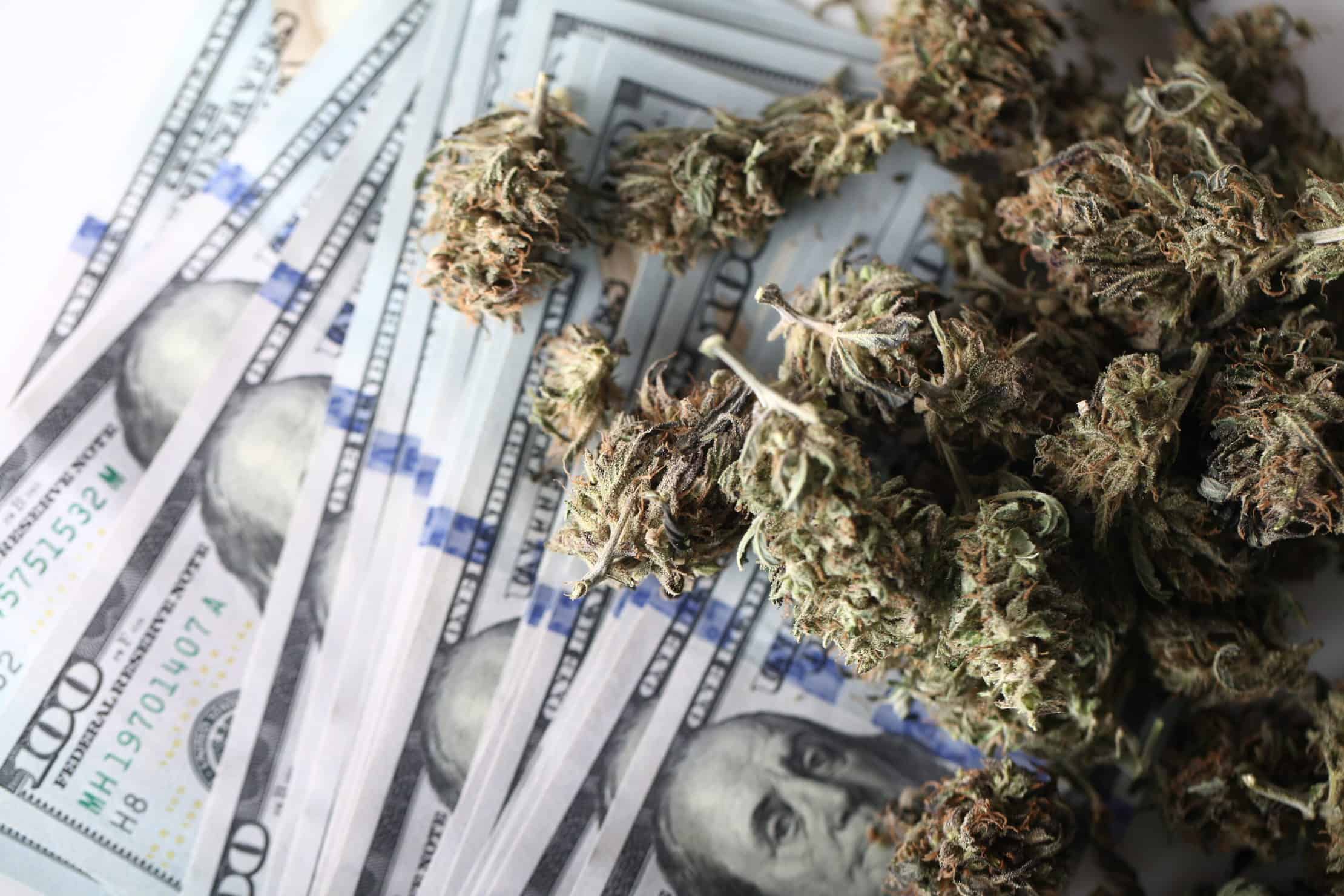 How to Make Cannabis Money

Recent legalization in the states of Washington and Colorado has caused an excitement and buzz around medical marijuana in the United States unlike any other place in the world. Now is the time to make cannabis money.

A multi-billion dollar industry has emerged as one of great areas of interest to investors at this time. In August 2013, the cannabis industry saw a massive growth spurt as a result of an open memo to all U.S. attorney generals from the U.S Department of Justice that stated, in so many words, that the United States Government would not disrupt legal cannabis businesses as long as the operators of them obeyed their state laws.

The memo stated that they would only enforce marijuana laws when one of the following things occurred:

Since the time of these statements, new investors are coming into the booming and exciting cannabis industry at a furious pace. People from all over the world have enrolled to become educated online at the only, complete medical marijuana industry marijuana school, Cannabis Training University (CTU). The cannabis industry is predicted by many to grow at a rate of nearly 75% in the next 3 years.

More and more states are jumping on the bandwagon after seeing the tax revenue that has been generated in Colorado. Many people believe the entire United States will legalize marijuana just as it did with alcohol sometime in the next 5 to 10 years.

So where do you fit in all this? How can you profit off the “Green Rush“?

In this article we will discuss the many career and business opportunities available in the cannabis industry and what you can do to prepare yourself to get in them, as well as take a look at marijuana laws around the world.

Medical Marijuana and Recreational Marijuana are two very different things. The legal use of medical marijuana began in California in the year 1996, and since that time has expanded to now 25 states in America, as well as the District of Columbia as of late 2014.

Although the medical marijuana laws differ greatly from state to state, for the most part, they allow for cultivation and the sale of cannabis to state approved patients. Recreational cannabis on the other hand, does not require a doctor’s recommendation to obtain.

In Colorado anyone over the age of 21 can legally obtain and use cannabis, even out-of-state visitors. Washington is also a recreational state although it is lagging behind in the development of its program.

The laws in Colorado and Washington in regards to recreational cannabis do vary in ways such as:

There are 344 licenses for recreational pot shops in Washington. In Colorado the growing of marijuana at a persons residence is allowed as long as the limit is 6 plants per person. In Washington home growing is allowed for medical purposes but the plant limits have not been established.

Some people in states like Washington are concerned that the laws will require them to purchase their cannabis at a recreational store, rather than growing it at home. Many patients prefer to grow their own and find it much more affordable to do so than buying it at recreational shops where the government puts a heavy tax on each sale.

At Cannabis Training University, students learn how to grow weed at home on any budget, even with only $200 to spend. In reality, people can grow at least an ounce of cannabis every 80 days or so, on less than $200 out of pocket.  That same ounce would cost around $350 to $400 in a recreational shop.

The following states have enacted laws to legalize medical marijuana in America (as of 07, 2014) and the possession limits for each are listed as well:

Alaska (Use, possession and cultivation of medical cannabis is legal for patients with written documentation of their medical need from their physician. The law establishes a state registry for identification cards. Patients can possess no more than one ounce of useable cannabis and cultivate no more than six cannabis plants – with no more than three of those plants fully matured) (New Legal Recreational Cannabis Laws passed in November 2014)

California (8 ounces of usable cannabis, 6 mature or 12 immature plants) (although this is the minimum, some cities allow greater amounts)

Use, possession and cultivation of medical cannabis are legal for patients with “written or oral recommendation” by their physicians. In 2004, amendments were made to limit the amount of possession to no more than eight ounces and/or six mature (or 12 immature) cannabis plants. However, if patients demonstrate an extra need by their doctors, higher quantities may be allowed, depending on the county and municipality.

Use, possession and cultivation are legal for patients with written physician-approved documentation. Patients may possess no more than two ounces and may cultivate no more than six plants. Patients can obtain a state-issued identification card. State dispensaries must be licensed and in compliance with zoning laws.  (And recreational cannabis is legal for those 21 years and older)

Connecticut (One Month Supply allowed, amount to be determined) (home cultivation not allowed yet)

Washington DC (2 ounces of dried cannabis, limits not yet determined on other forms of cannabis such as edibles or wax) (home cultivation illegal still)

Medical marijuana dispensaries in DC can be non-profit or for-profit and can only grow up to 95 plants on site.  (New Legal Recreational Cannabis Laws passed in November 2014)

Hawaii (3 ounces of usable cannabis, 7 plants of which 3 can be mature and 4 can be immature)

Residents may use, possess and cultivate medical cannabis if they have a signed statement from their physician. Patients may possess up to three ounces at a time and can grow no more than seven plants with only three of those plants mature. Patients must obtain a state-issued identification card.

Illinois (2.5 ounces of usable cannabis during a period of 14 days) (home cultivation still illegal at this time)

Use, possession and cultivation are legal. Patients must obtain written recommendation from their physician. Patients cannot possess more than two and a half ounces, and may cultivate no more than six cannabis plants with only three mature plants. The law establishes a state registry and identification card system, and allows the sale of medical cannabis in state-licensed, non-profit dispensaries. The state recently eliminated local penalties for possession of up to two and half ounces for all residents, not only patients.

Use, possession and cultivation are legal with written physician authorization. Patients cannot cultivate more than 12 cannabis plants, and they must be kept in an enclosed, locked facility. Patients can only possess 2.5 ounces of usable cannabis. The law establishes a state registry that issues identification cards.

Law was just passed in 2014. Limits to be determined.  No smoking allowed. Only non-smoke products allowed. No home cultivation. No caregivers. Possession of less than 42.5 grams is a misdemeanor crime with no incarceration and a $200 fine.

If caught with 10 grams or less of marijuana it will result in no jail time.

Use, possession and cultivation are legal with written documentation from a physician. Patients cannot possess more than one ounce of usable cannabis, and may cultivate no more than seven plants with only three of those mature. A state registry is established to disburse ID cards.

Legal protection is offered to state-authorized patients. They can only possess up to two ounces of marijuana per month. No cultivation is allowed. Six state-licensed “alternative treatment” centers are to be created.

Patients must register with the state Department of Health with a state-authorized condition. Patients may legally possess six ounces of medical cannabis (or more if a physician approves) and/or 16 plants (four mature, 12 immature). State-licensed facilities can grow up to 150 plants.

Use, possession and cultivation are legal. Written physician approval is required. Patients can possess no more than 24 ounces of usable cannabis, and may cultivate no more than six mature plants and/or 18 seedlings. The plants must be grown in one location, and patients must have been diagnosed for at least a year before growing (in order to use “affirmative defense”). A state registry is established to disburse identification cards. (New Legal Recreational Cannabis Laws similar to Colorado were passed in Nov.2014)

Use, possession and cultivation are legal. Written physician approval is required. Patients can only possess up to 2.5 ounces of cannabis and cultivate up to 12 plants. Their cannabis must be stored in an indoor facility. Patients must register with the state and obtain an identification card.

(And recreational cannabis is legal for those 21 years and older)

Which States Allow Home Cultivation of Marijuana for Patients or Caregivers?

Growing cannabis indoors is allowed for patients or caregivers in the following states in America: (as of July, 2014)

Make cannabis money today! Get in the medical marijuana business!

Which other States Are Most Likely To Legalize Medical Marijuana?

The following states in America are the most likely states to pass laws that legalize marijuana recreationally sometime in the next few years:

The cannabis industry is the hottest industry in North America. Marijuana laws and regulations are changing everyday.

To find out what types of cannabis jobs are available, and to get trained so you are qualified to land a job in the marijuana business, visit Cannabis Training University's online cannabis courses.