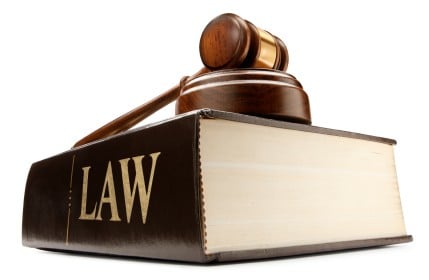 If you plan on growing medical marijuana it is vitally important to know and understand the cannabis laws in your state, and in your country.

There are some times when law enforcement are allowed to conduct a limited warrantless search. One of those circumstances is known as stop and frisk or a “Terry Search”, after the case of Terry versus Ohio. In that case the Supreme Court decided that if an officer had an articulate able suspicion that a person might be armed they could pat them down for the officers own safety.

So, this can happen to you whether you are in a car or whether you are walking, if the officer believes that they need to check for weapons for their own safety and they can explain why in court then they are allowed to do so. If while their conducting this limited pat down they feel drugs or other kinds of contraband within the pockets or the clothes of the person being patted down, their allowed to search the pockets or remove whatever items those might be in addition to removing any weapons that they find.

In the case of Oliver versus United States law enforcement did just that, they trespassed on a private property, passed posted no trespassing signs and observed marijuana being cultivated in open fields, and the U.S Supreme Court said that because this was viewable to anyone in an air space above it or viewing it with perhaps, binoculars from a far, or whatever, that a warrant was not needed.

An exception to this open fields rule is for property immediately surrounding a home. This is known as curtilage, and if there has been some effort to mark it as private space then the court would extend privacy rights within there. For example, if there was a privacy fence surrounding a house and law enforcement was trespassing onto the property to peer over the fence that would be considered a violation of their privacy if there was no warrant, so law enforcement would not be able to view the areas that were directly up against the persons home without a warrant.

Border searches can be conducted both at the border and at airports for incoming international flights. Border searches that are conducted at the border are allowed because congress has determined that someone who is entering from outside of the United States may be bringing things into the country or may be a person whose not allowed to be in the country and therefore there is authority to allow for these kinds of warrantless searches.

However a surprising note is that these border searches can occur anywhere within a hundred miles from a U.S International border, and this is a big issue for people who live in California, Arizona, Texas, or other border states where the border and immigrations and customs enforcement has set up numerous check points well within the interior of the United States but still is allowed to conduct these warrantless border searches because it's within a hundred miles of an international border.

Finally, two other cases dealing with warrantless searches the government can search public schools, the U.S Supreme Court decided that there is no need for warrants when searching public schools, and similarly that searches of governmental employees can be conducted without warrants.

To learn all about marijuana laws in America and Canada, as well as cannabis laws around the world, sign up at the leading cannabis training destination, Cannabis Training University.