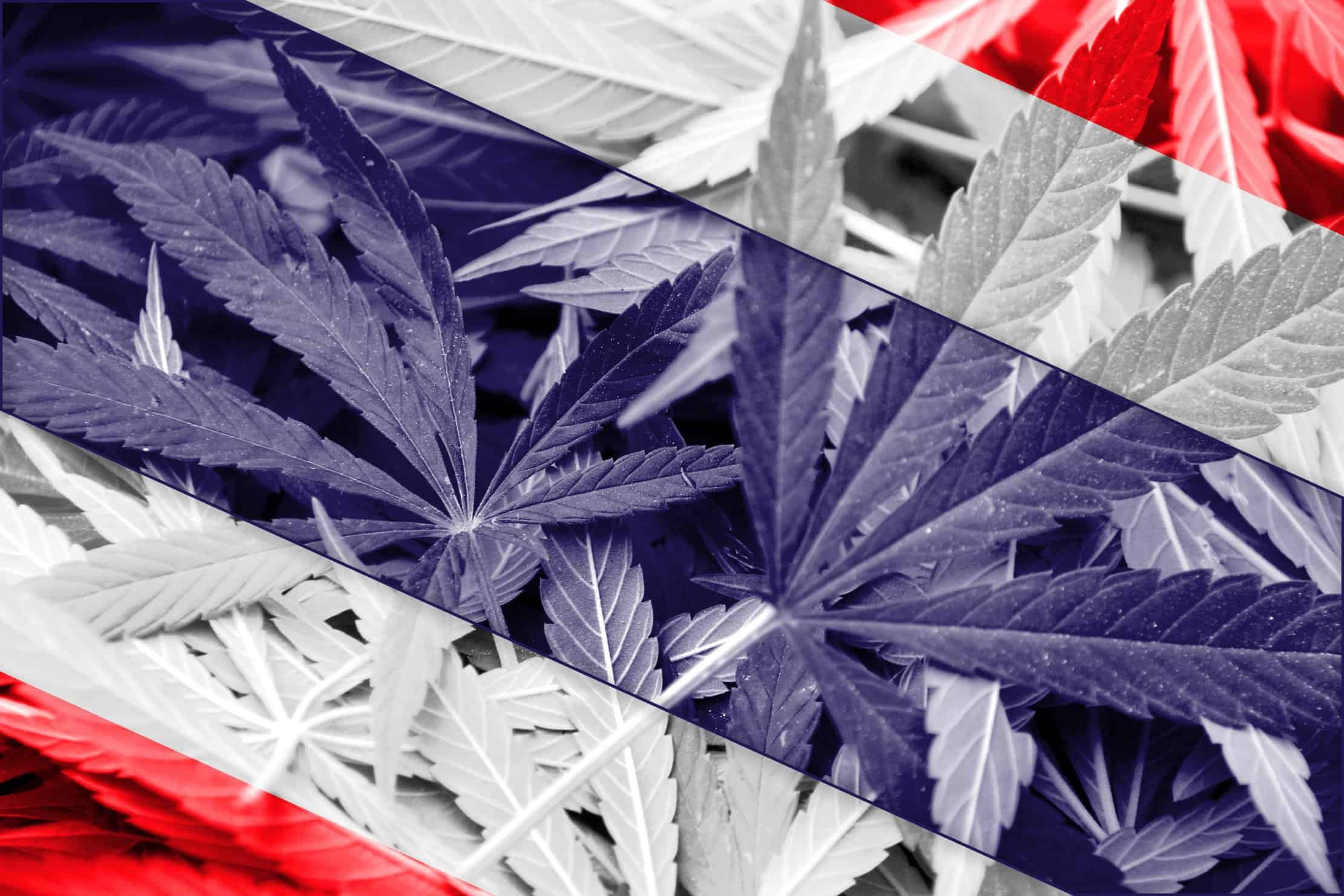 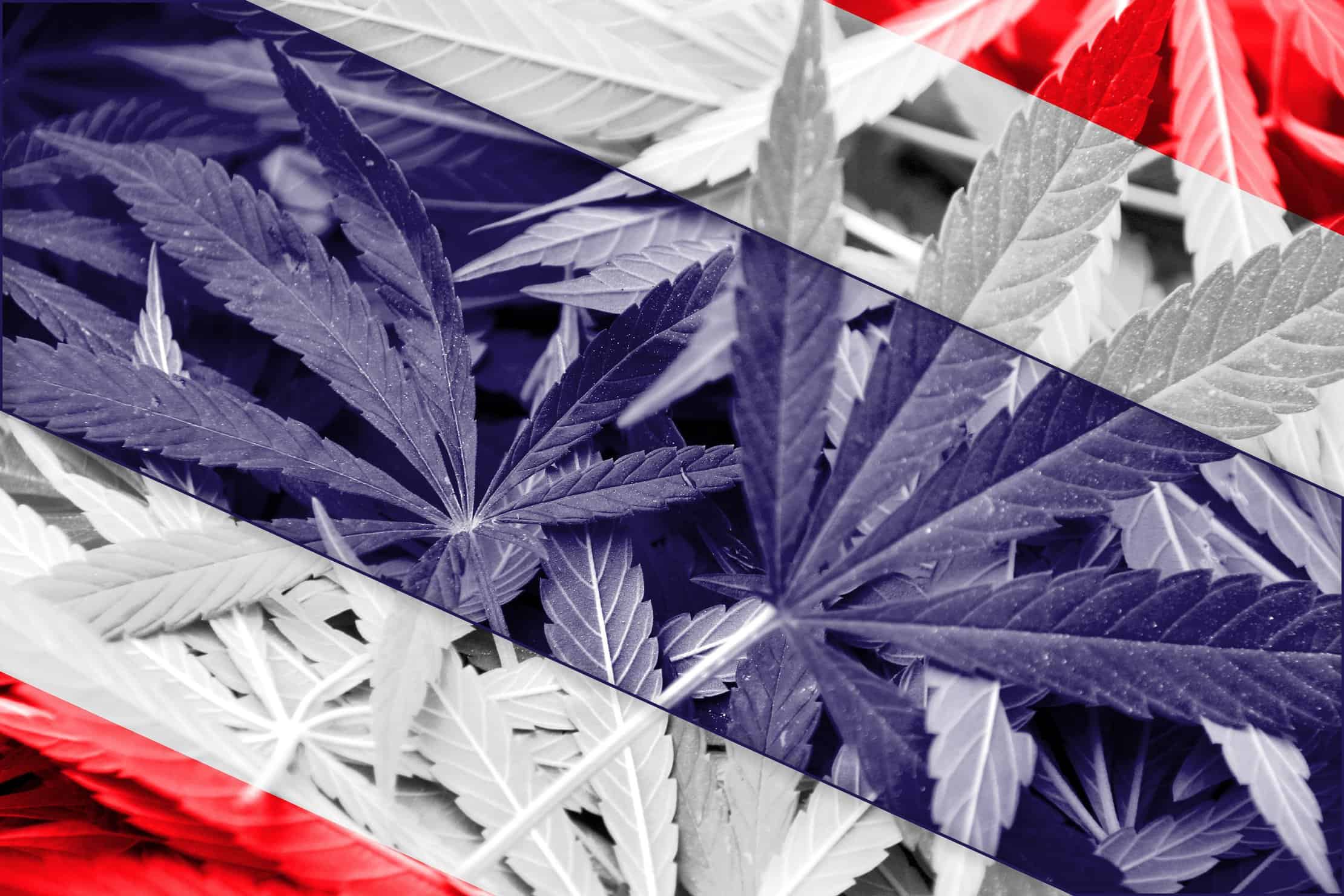 During the busy holiday season, Thailand quietly became the latest country to legalize cannabis. If you didn’t hear the news, perhaps it’s because cannabis legalization around the globe has become so commonplace that various news media don’t make as much of a fuss about it as they once did.

Like a row of dominos, new countries, provinces, and states are getting on the bandwagon with cannabis legalization. The cannabis domino effect is not just alive and well in the United States—which serves as an excellent microcosm for increasing cannabis legalization—but globally. When South Korea legalized medical marijuana in late November 2018, it was the first Asian country to make a policy change to allow cannabis use—although highly restrictive. (South Korea has vowed to arrest its citizens who consume marijuana in Canada, were marijuana is legal nationwide.) Now, approximately one month later, Thailand makes a similar move to decriminalize cannabis and allow medical use, becoming the first southeast Asian country to do so.

What This Means for Thai Citizens

The New York Times reported shortly after Christmas that the military government of Thailand voted unanimously to legalize medical cannabis, which makes it the first country to legalize cannabis use in any form in Southeast Asia. In order for the vote to put into action and become law, Thailand’s King Maha Vajiralongkorn needs to give his seal of approval as well.

As a whole, Asian countries are known for being conservative, with strict penalties for drug use. Although South Korea recently legalized medical cannabis (CBD), the restrictions and extremely limited access South Koreans will have makes objective observers wonder if the law is more symbolic, with the outward appearance of being progressive, than anything else.

Thailand has a similar reputation for conservative policies, so the country’s cannabis policies may be highly restrictive, in a way similar to South Korea’s recently announced policies. Thailand has a history for extremely harsh penalties for cannabis and other drug use—including death. At one time, Thailand had the highest rate of incarceration for cannabis of any Asian country. Other countries in the region have similarly strict drug policies, including Malaysia, which executed a large number of people for drug violations. Malaysia seems to be an increasingly progressive country that has abolished the death penalty and is even considering changing the legal status of cannabis.

Thailand’s medical marijuana policies, once put into action, remain to be seen. Considering the conservative policies of other Asian countries, Thailand may choose to take a similar conservative course of action.

A Long History of Cannabis Use

Unlike South Korea and Malaysia, however, Thailand has a long history of growing marijuana. Cannabis was even a mandatory ingredient in some of Thailand’s culinary staples—and the country’s cuisine ranks among some of the world’s best.

The lush jungles and underdeveloped area of Thailand are a perfect environment for cannabis cultivation, and the plant used to be one of Thailand’s major products for export. Older American cannabis consumers remember the amazing cannabis from Thailand that was readily available in the U.S. in the later part of the 20th Century, including the legendary “Thai stick.”

Cannabis production on a massive scale in Thailand is largely due to the relationship the country has with America. Thailand’s marijuana production skyrocketed during the 1960s, after the U.S. established military bases in the country and sent tens of thousands of troops there. American GIs became the primary consumers of Thai cannabis, and outstanding cannabis it is—and was. Thai sticks were in ready supply, and many marijuana historians believe it was created specifically for the America market. There was not a history of Thai stick production prior to American troops being stationed in the country.

Cannabis from Thailand is landrace sativa that has a rich flavor and high potency. While Thai sticks were probably the most commonly important form of cannabis smuggled into the U.S. from Thailand, there were other forms of Thai flower than made their way here that were every bit as good—if not better—than Thai sticks. Two readily available varieties of Thai bud were available in bag form during the 1070s and 80s. Lowland Chocolate Thai was a popular variety that was aptly named. It had rich chocolate and coffee aromas and flavors that were superior to the average Thai stick. Even more popular was Highland Juicy Fruit Thai, a sweeter and more-flavorful variety that was highly regarded in decades past.

Pioneer American cannabis cultivators were quick to utilize the imported Thai strains to create new varieties for cultivation on the West Coast in Oregon and California. Well-known cannabis grower and breeder D.J. Short documents some of the available Thai strains and how he used them in his cannabis books (which are a great read). If it were not for imported Thai flower, Americans—and Europeans—wouldn’t have strains like Blueberry and Blue Dream, as well as many others. The supply of potent Thai bud that was once common in the U.S. has largely dried up due to two main factors.

The first was the increasingly steady supply of domestic cannabis that was grown first on a massive scale in California before becoming a common cash crop in other areas of the country as well. American growers were consistently producing extremely potent cannabis by crossing imported sativa strains with indica from Afghanistan that was becoming increasingly common. These domestic breeding efforts resulted in flavorful hybrids that had shorter finishing times than pure sativa—which was ideal for the temperate U.S. climate where growing pure sativa could sometimes pose challenges.

The second reason Thai cannabis flower continued to dry up in America was increasing pressure from the U.S. government to curb, if not eliminate, the illegal importation of Thai product. Thailand’s general population did not consume marijuana at anywhere near the scale as Americans did, so America became Thailand’s primary market.

Beginning in the 1970s, the U.S. administration began to pressure Thailand to control its cannabis cultivation and export. This pressure only increased during the 1980s when the Reagan Administration began its war on drugs and the “Just say no” movement. The administration’s pressure was largely successful and the Thai and U.S. governments’ worked more cooperatively to end Thailand’s marijuana imports more than ever before.

There were a number of high-profile Thai smuggler busts during the ‘80s. In 1988 alone, the U.S. Coast Guard boarded and seized cannabis cargo from eight Thai ships bound for the U.S. with 463,000 pounds of flower from Southeast Asia.

During the ‘90s, the once-common Thai bud Americans had grown so fond of was all but a fond memory. Along with hash from Afghanistan, Lebanon, and Pakistan, and flower from Mexico, Colombia, and Panama, Thai marijuana was mostly replaced by American cannabis, which is world-class marijuana, so few people missed the illegal imports, except in a nostalgic sense.

The rather sudden legalization of medical cannabis in Thailand seems to be the continuation of a trend in Asian countries and other regions of the world. The entire world seems to have an insatiable appetite for cannabis, whether it be for medical or recreational use. Thailand is only the most recent country to change its cannabis policies. No doubt there will more in the coming year, but exactly which countries they will be is largely a matter of speculation. To learn more about cannabis in Thailand checkout out The Cannabis College Thailand.