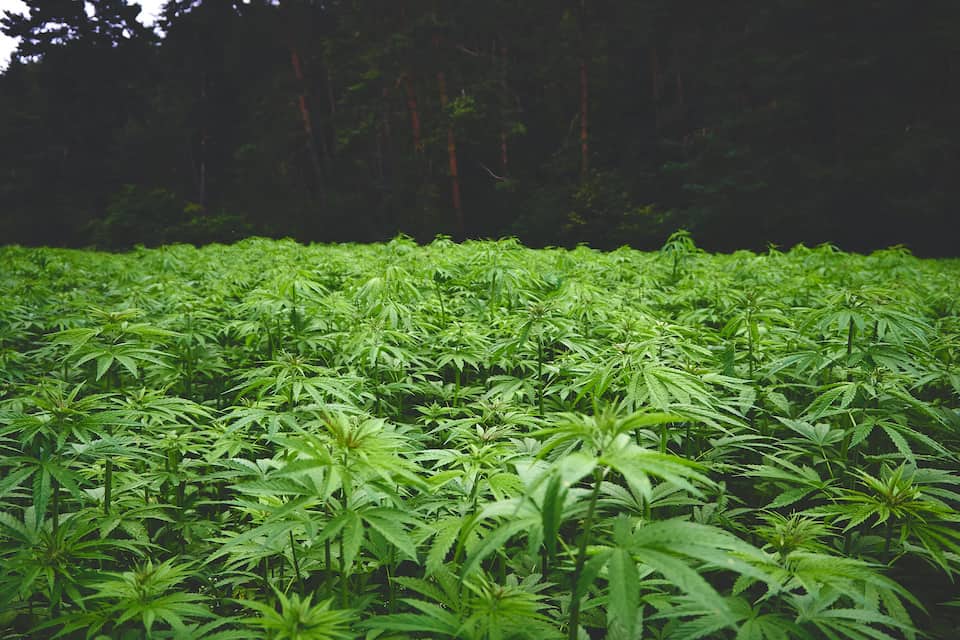 Did you know that there are more than two types of cannabis? Indeed! Sativa, Indica, and Ruderalis. The latter, Ruderalis, being the lesser-known of the three, leads us to examine this fascinating yet underappreciated species in closer detail.

This article sheds light on the etymology, origins, cultivation and general uses of Cannabis Ruderalis. So, the next time anyone asks you, ‘What is cannabis Ruderalis?’, you will know exactly what to tell them.

Once thought to be an ‘ancestor’ of other Cannabis varieties Indica and Sativa, Ruderalis is a wild, sturdy species of cannabis, often described as somewhere between Indica and Sativa – and holding particular appeal to breeders.

Breeders have been known to crossbreed with Ruderalis to create hybrid strains that possess some of Ruderalis’ best and most unique characteristics, such as specially crafted auto flower strains.

Interestingly enough, Cannabis Ruderalis was first described by a Russian botanist in 1924, and derived from the Latin word ‘rūdera’, meaning debris, protuberance, or a rough piece of bronze.

To clarify the name, we may further refer to botanical Latin word, ‘Ruderalis' meaning ‘weedy’ or ‘growing among waste'. Botanists named it Ruderalis – meaning a type of cannabis plant with a weedy nature that led human cultivation and adapted to the environments found in these climates.

A ruderal species thus refers to any plant that is the first to colonize a piece of land. As a matter of historical fact, cannabis Ruderalis originated thousands of years ago in areas of Asia, Central and Eastern Europe, and specifically Russia, where it continues to grow in abundance today. Now that we know where’s it from, let’s take look at its constitution.

In the past, Ruderalis didn’t hold much agricultural or recreational use. So, why did people start using it? Actually, we have yet to mention Ruderalis' most sought-after quality. We are talking about the one that has made it a new staple in the cannabis community: Its auto-flowering ability. Here’s a roundup of its other uses:

Ruderalis is The Auto flower King

In general, auto-flowering cannabis plants flower around only three to four weeks of vegetative growth. Ruderalis developed its special auto-flowering trait as a response to the short summers yet long daylight hours of its native habitats mentioned earlier in this article.

Now, thanks to this special auto-flowering capability, Ruderalis can be used to breed new cannabis strains. Although it is not particularly desirable for recreational or medicinal purposes on its own, when crossed with other cultivars, Ruderalis can endow the resulting strain with the auto-flowering trait – which is a special trait in its own right.

This special trait significantly reduces pressure, allowing growers to keep plants under a consistent 18–20-hour light schedule throughout all phases of growth. Aside from the light schedule, auto flowers offer the advantage of a faster overall grow cycle.

For all of these auto-flowering benefits, the threat of losing good cannabis to bad weather is lessened. Furthermore, it allows growers the opportunity to harvest multiple crops on a regular basis. Beginner growers and experienced cash-croppers alike have taken to auto flowers – and therefore Ruderalis – for these very reasons.

Originating from Central Asia, Indicas are small, broad, high-yielding cannabis plants, and are thus popular with indoor growers. Indica strains – when crossed with Ruderalis, becomes auto Indicas, which possess a wide range of interesting properties, both medically and recreationally.

Created from one of the foundation cannabis strains – Blueberry – Northern Lights Auto is a feminized, auto-flowering hybrid. As a cross between Blueberry and Ruderalis, this auto-flowering strain is great for indoor and outdoor growing. Its huge yields have a definite sweet flavor with blueberry notes. It has a THC percentage around 20% which means enjoyability.

Super Skunk Auto combines the genes of two highly sought after varieties, Skunk #1 and Afghan – with a tad bit of Ruderalis thrown in for good measure. The result? A fast-flowering strain that yields excellently compact buds rich in THC. Boasting a sweet fragrance complemented by cheesy undertones, this Ruderalis-inspired strain is one for the books.

When bred with Ruderalis, auto-Sativas become perfect for indoor growing. Here’s our pick of the top Ruderalis crossed with Sativa strains:

Loved for its healthy high and extraordinary spicy aroma, Amnesia Haze is a Sativa strain produced in the Netherlands in the late 1990s. Its long flowering time disappeared when the strain was crossed with Ruderalis, while retaining its resin production, potency and sweetness.

This is a cross between the popular strains of Lemon Skunk and the strains of Silver Haze. Lemon Haze Auto brags a rapid harvest time and astral yields. Known to produce a superior effect, auto-flowering cross-strain is mainly characterized by its spicy and citrusy aroma and guarantees a focused mind and enhanced mood.

What is Cannabis Ruderalis? – The Whole Story

Breeders succeeded in putting together the best of both worlds by crossing Ruderalis with Indicas and Sativas.

Developing both medicinal and recreational auto flowers that can grow from seed to harvest quicker than its counterparts, it’s safe to say that if it weren’t for Ruderalis, we would probably not have all the wonderful strains that we have today.

We hope and trust we have thoroughly covered and answered the question of ‘what is cannabis Ruderalis and where does it grow?’ in this article. There’s always more to know and discover in the world of cannabis!