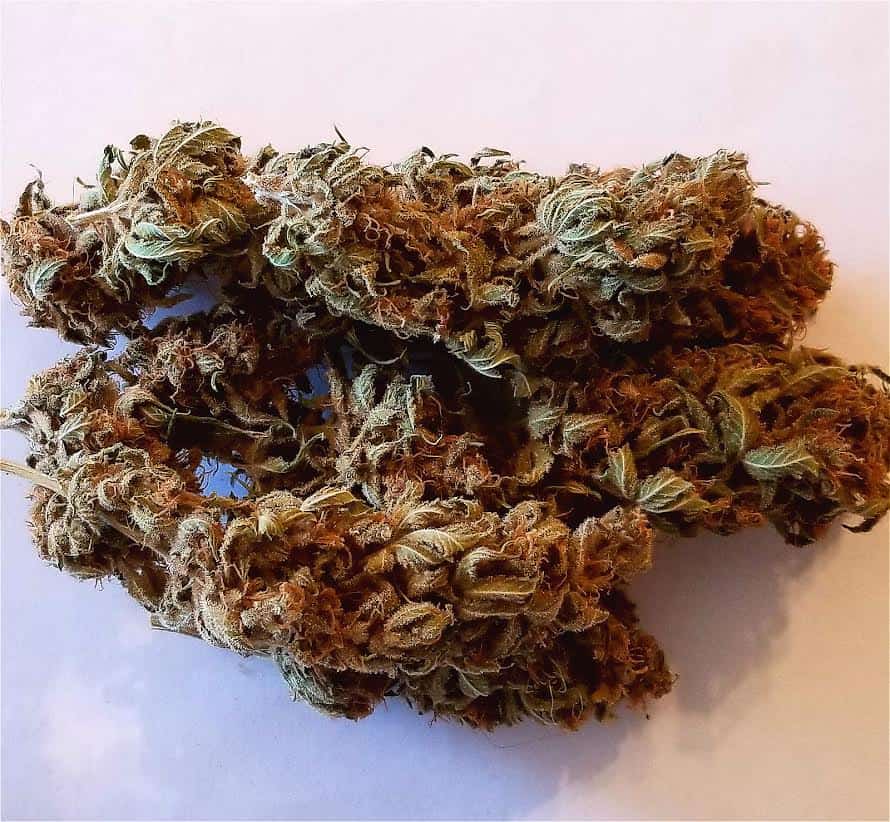 The AK-47 strain has a strong legion of fans worldwide—and for good reason. The buds have a unique and pleasing flavor profile and decent potency, two qualities certain to make any experienced cannabis consumer sit up and take notice.

In the indoor or outdoor garden, the plants have a high yield and finish relatively quickly, especially for a 65/35 sativa-dominant strain.

Depending on whom you speak to or what you read, the meaning behind the “AK-47” name is somewhat inconsistent. Some people maintain that the “AK” part of the name is short for “Afghani Kush,” while the majority of strain authorities believe the name is in reference to the heavy-hitting firearm that goes by the same name.

Assuming the latter name theory is true—the strain was named after a gun with devastating power—it would explain the strong euphoric properties of this strain and its “one-hit wonder” status among novice smokers.

Name aside, there is much to like about AK-47. Whether you seek it out as a strain for medical or recreational use, or as a cultivation project, AK-47 is worthy of your attention.

The Origins of AK-47 Strain

Serious Seeds is the Dutch company responsible for creating and introducing AK-47 to the public in the early ’90s, and the strain continues to be one of the company’s most popular varieties.

It has done extremely well in various cannabis competitions, amassing numerous cups and awards worldwide. The accolades bestowed upon it are justified. Serious Seeds combined genetics from Colombia. Mexico, Thailand, and Afghanistan to come up with something truly new and different.

This write-up is based on dozens of AK-47 plants straight from Serious Seeds. It’s a great choice for those new to cannabis cultivation, as it grows with vigor and isn’t finicky about soil additives.

This strain reflects its hybrid genetics by stretching to a medium-high stature hinting at sativa, but with fairly sturdy branches to support the large buds, thanks to the indica in its background.

Some online descriptions mention that AK-47 has an extremely pungent odor when grown and measures must be taken to control it, but most plants emit a moderate and consistent odor, without any of the characteristic skunky stench of so many other strains.

On a plant-by-plant basis, AK-47 strain is quite stable, and little variation occurs. Once the light cycle is cut back to induce flowering, the buds can grow quite large—but, again, contrary to several online strain descriptions, they are not dense.

Some growers state that the loose flower structure of AK-47 can be improved by lowering temperatures to promote density when in flower mode.

It seems very likely that some commercial cannabis companies have tinkered a bit with the original Serious Seeds version to come up with something worthy of widescale sales. Although an outstanding connoisseur or boutique strain, the loose flowers of AK-47—and the resulting delicate nature of these flowers—limits its use on a commercial level.

The high-volume but low weight would make it less practical to grow, package, transport, and sell than the vast majority of strains readily available on the legal market.

Once properly cured, AK-47 strain has a golden green color with a generous sticky coating of trichomes.

The aroma is best described as having a sandalwood incense quality, and the flavor reflects sandalwood, spice, caramel, and coffee. The flavor is quite pleasing and distinct, leaving little question about what’s in the vaporizer, joint, or pipe.

While the normal AK-47 has very pleasing flavors, there’s an elusive wild cherry pheno of this strain that shows up in grows from time to time.

If you are fortunate enough to grow one, by all means clone it to preserve, enjoy, and share its fine aroma and flavors. But regardless of whether it’s the normal or cherry version, AK-47 is definitely worthy of your attention. You won’t be sorry!