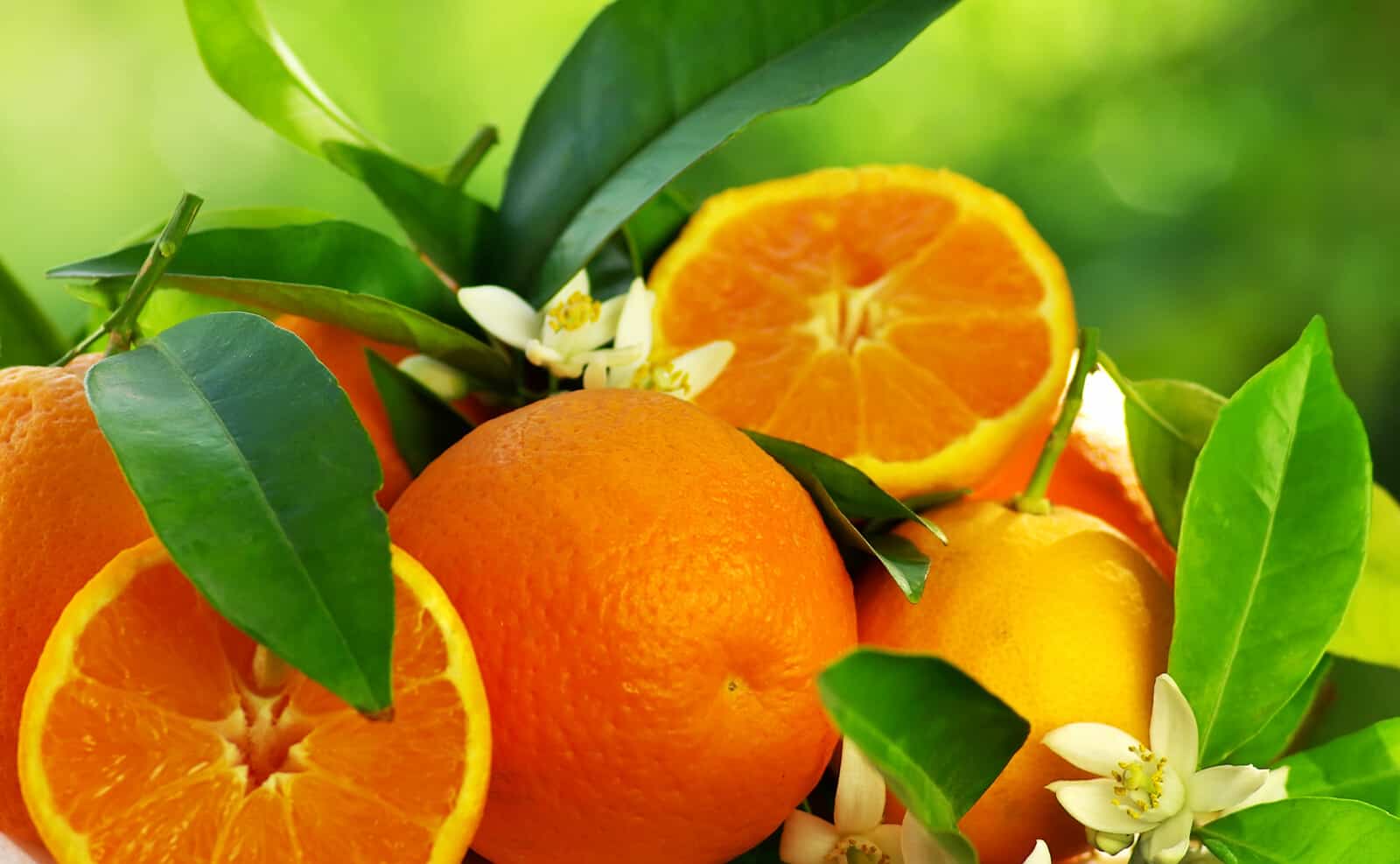 Valencene is a rare terpene with a citrus, herbal, and woody aroma. It is commonly found in Valencia oranges and other citrus fruits. Limited research on animal models has shown that valencene terpene may have anti-inflammatory, anti-allergy, skin protectant, and anti-cancer effects.

Valencene is a type of sesquiterpene found in several citrus fruits, especially in Valencia oranges. This terpene has a distinctly sweet, sour, and citrus smell with subtle notes of fresh wood and fresh herbs.

Valencene is thought to produce blissful and mood-boosting effects. It may also have anti-inflammatory and anti-allergic properties. Valencene has many commercial uses, including food flavorings, cleaning products, cosmetic products, and pest control products.

How does valencene smell? Valencene is known for its woody, herbal, and citrus aroma. This terpene has a robust fruity and citrus flavor. Its aroma is associated with the smell of sweet oranges. It is commonly mixed up with limonene, another terpene with a strong citrus aroma, but valencene has sweeter notes than limonene.

Research into valencene’s effects is not conclusive. However, strains associated with relatively high valencene concentrations may cause euphoric and uplifting feelings and mood elevation.

Valencene can be found in various cannabis strains, herbs, vegetables, and tree barks.

These natural sources are relatively high in valencene:

Since valencene is a rare and lesser-known terpene, there is not much research into its effects and therapeutic action. Preliminary research suggests that valencene has various health benefits, including skin protection, anti-inflammation, anti-allergy, and anti-cancer.

Valencene may have robust skin protective properties, including against the effects of UV rays on the skin. Valencene is believed to reduce melanogenesis. Limited research indicates that it may be effective against melanoma cells.

In a 2016 study on mice, researchers found that applying valencene isolate from Cyperus rotundus (nutgrass) reduced atopic dermatitis (AD) and itchiness. Valencene is thought to reduce the inflammatory response and enhance the expression of the skin barrier protein involucrin.

A 2011 study on septic mice found that valencene displayed strong anti-inflammatory properties. Researchers tested the effects of the extract of rhizomes of Cyperus rotundus on these mice. Rhizomes of nutgrass have been used as a traditional folk medicine for inflammation.

In a 2017 study, researchers tested the effects of the terpenes found in the essential oil of Myrica rubra (Chinese bayberry) and the drug doxorubicin on cancer cell lines. This essential oil from Chinese bayberry contains nerolidol, caryophyllenene, humulene, and valencene terpenes. Researchers found that valencene had the most effect on improving this chemotherapy drug.

Risks and Side Effects

The research into the effects of valencene on humans is limited. However, there are no reported side effects from using valencene. The topical application of essential oils may cause some skin reactivity.

Valencene is considered a rare terpene. It is not commonly found in cannabis strains. For the best chance of finding this citrusy terpene, check out these cannabis strains:

Does Valencene Terpene Make You High?

Cannabis terpenes do not produce the euphoric and intoxicating effects commonly associated with THC. However, they are considered psychoactive since they affect the brain. Valencene will not make you feel high but may aid in relaxation.

Learn About the Health Benefits of Terpenes at CTU

Do you want to learn more about the cannabis plant’s cannabinoids and terpenes and how they interact with our body's endocannabinoid system? Understanding how the therapeutic impact of these active ingredients can help users find the relief they need.

Cannabis Training University’s online Master of Marijuana training provides you with a comprehensive curriculum that teaches you about cannabis medicine, cannabis cultivation, cannabis cooking and extraction, cannabis laws, cannabis careers, and so much more. Enroll at CTU today!