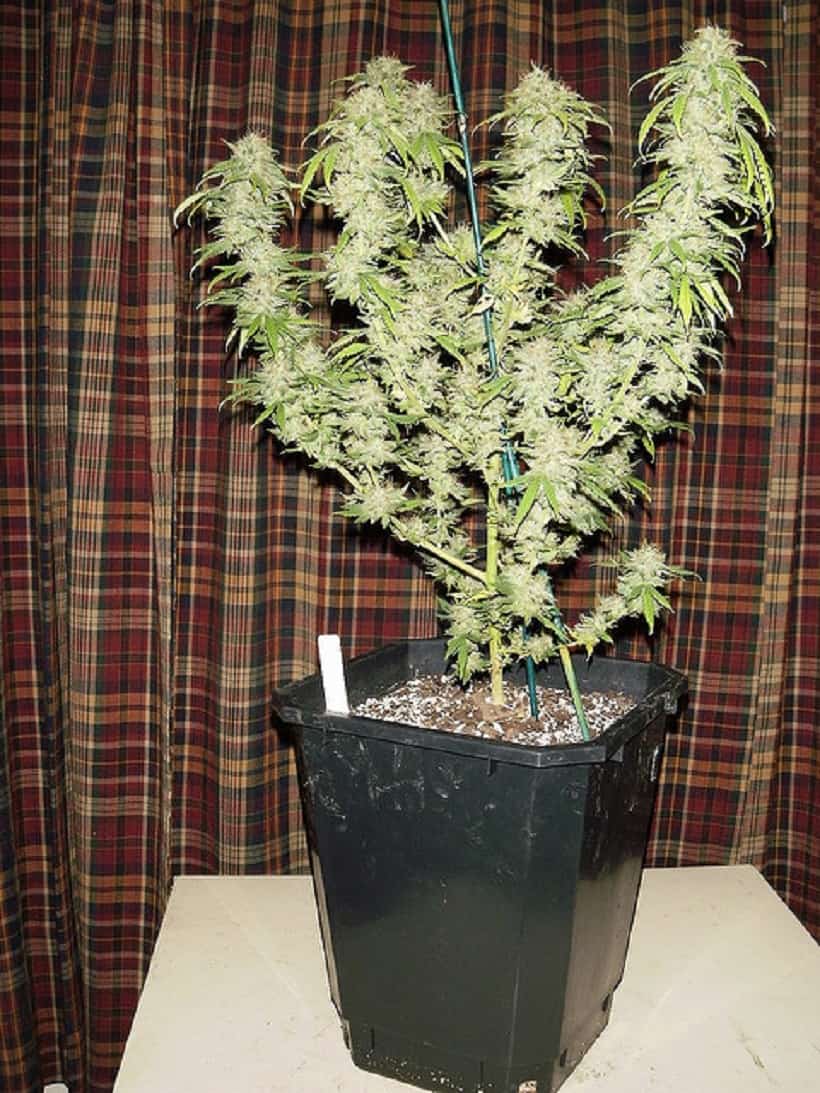 Want to grow weed in pots? Well, believe it or not, it is quite easy. In fact, this may be the reason why it is called ‘weed’ in the first place. If you were to throw some marijuana seeds anywhere in your yard or field and you did not tend the ground where the seeds were thrown, you may still see a marijuana plant protruding from the ground after a while, but they would probably be starving and scraggly since they received no nutrients. In fact, you may even see a few marijuana buds come to life, if you used female seeds. So, why not exercise more care to get a better outcome? And that is why we are about to explain how to grow weed in pots.

There are many Americans who are interested in growing marijuana as long it is legal. However, not all states have made this green plant legal as yet, but there are many that have done so including California, Colorado, Washington, Oregon, Florida, Nevada, Maine and others. If you really are a marijuana enthusiast, then you could do yourself a favor and move to one of these states. It is better to grow weed legally than get yourself in trouble with the law by doing so illegally. There are some people who are taking that chance, but it is ill advised. Even if you grew one single plant illegally, you could get in trouble. If you do live in a state that has already legalized marijuana, then the ensuing recommendations are specifically for you. Let’s look at how you can grow marijuana using a clone.

You can start to grow weed by using female seeds that have been cloned. The cloning process involves germination and getting rid of unwanted male plants. However, you can purchase cloned marijuana plants or female seeds to avoid the complexity of cloning yourself. You can choose to grow your cloned plant or female seeds indoors or outdoors in a tent or yard. However, one is more expensive than the other. You will need a lot of electricity to grow weed indoors. If you are going to do so outdoors, make sure you live in an area with lots of sunlight.

There are certain things that you will need to accomplish before growing your marijuana plants. First, you have to find a good location and one that is legal and private. Privacy will protect you from nosy neighbors and protect your cannabis plants from getting damaged by some crazy teenagers. For that reason, it is best to put up a fence of at least eight feet around the space you will be using as your garden plot. To lessen visibility even further, make sure you plant among other lush greenery, but not shrubs since your plant will grow taller than the shrubs. Plant in a spot where there is sufficient sunlight.

Your next step is to find your clone, which are merely cuttings from the identical mother plant or from  female seeds. You can get this at any legal pot shop as long as clones are part of their inventory. You will probably pay up to $15 for each. Make sure that you get clones from the specific strain that you want to harvest. If you wanted cannabis strains with a higher level of THC, then you would ask for sativa strains. If you are looking for medical marijuana strains, ask for those high in CBD.

Now, it is time to plant your weed after you have gotten the clone. Your clone will come in cubes measuring up to three inches. You will have to repot the clones prior to the clone outgrowing the cube. Make sure you get fertile potting soil and a pot measuring eight inches. Be sure to place small rocks at the bottom of the pot. This allows the water to easily drain through the holes that appear in the bottom of the pot. Fill the pot with the fertile soil and then add water to it. Scoop out some of the soil so that a hole can be made to fit the clone. Compress the soil around the hole and you are done. However, keep the clone in a shaded area for the first few days, adjusting as time goes on. Feed and water until it comes to fruition. Good luck!  If you want to learn more about how to grow weed in pots go to the Cannabis Training University now.