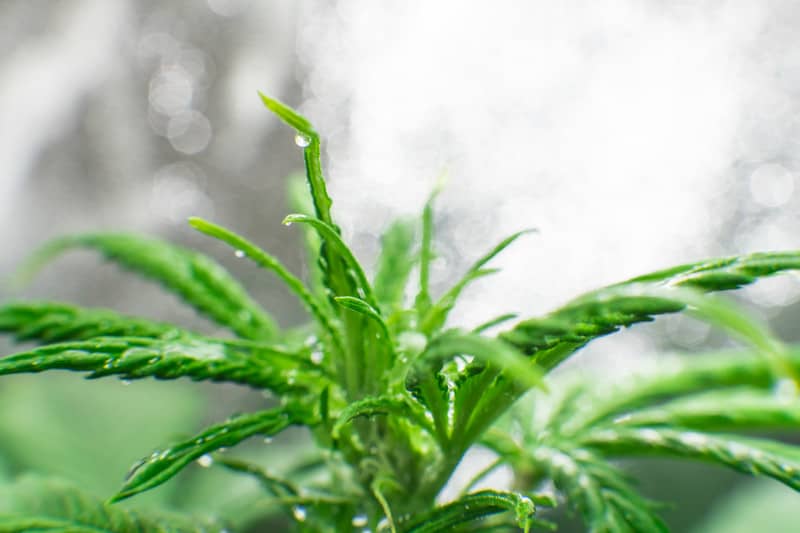 What is Hop Latent Viroid in Cannabis

What is hop latent viroid in cannabis and what can you do about it? That's the question countless home and commercial growers are asking themselves as of late. If your crop seems stunted and generally lackluster, it can be due to more than just its nutrient, water, and light levels.

A mysterious pathogen known as hop latent viroid has been around for several years and is destroying crops left and right.

What is Hop Latent Viroid?

Hop latent viroid (HpLVd) refers to a single-stranded, circular infectious RNA. Originally identified in hops, HpLVd has made its way to cannabis cultivation sites. In hops, the viroid produces no symptoms. In cannabis and hemp plants, symptoms are referred to as “dudding” and include the following:

Unlike viruses, viroids are a pathogenic RNA that only attacks plants such as row crops and fruit trees. HpLVd was first publicly discovered in California in 2019. However, all signs indicate that the viroid has been ravaging the largest cannabis market since 2014.

Some believe that California was a major contributor to the drastic spread across the country. After the legalization wave, infected plants from California were unwittingly introduced to other major markets.

If left unchecked, Hop latent viroid is known to cause major damage. Based on growers’ estimations, HpLVd infections damaged between 25 to 50% of their crop, resulting in millions of dollars in losses. For home growers, an HpLVd infection may mean wasted time and effort and an empty stash reserve.

While HpLVd is a relatively new disease, it has been and is currently being studied to reduce its transmission. Based on the current research, the disease is primarily spread through infected propagation material.

At unsanitary cultivation sites, tools such as pruning shears or gloves can pass on the viroid infection through direct contact with wounds in plants.

In hops, the disease has been shown to be non-transmissible by aphids. However, it's yet to be similar in cannabis. Researchers do note that seed production does not appear to have a high rate of transmission. Some research has shown that HpLVd can be transmitted via seed at about an 8% rate.

A large portion of cannabis growers sanitize their equipment using 70% isopropyl/ethanol solution. However, research indicates that a 10% bleach solution is the best way to prevent virus and viroid infection in your facility. An alcohol solution may not entirely remove the viroid or virus from the tools.

Above all, prevention is the most effective way to manage the spread of this elusive pathogen. Starting off with quality cannabis seeds and clones is the best way to reduce the spread. One of the best ways to make sure you start with a healthy seed or clone is to perform molecular testing.

A major factor that speeds up the infection rate is the asymptomatic nature of HpLVd. Unbeknownst to a grower, the disease can lay dormant without showing any obvious symptoms or even testing positive for the disease. Even if the plants test positive, symptoms may not be easily seen.

How are growers supposed to handle an enemy that doesn't show itself? In lieu of HpLVd’s obvious symptoms, growers may blame the crops’ poor performance on their genetics, pest management practices, or other unrelated factors.

In some cases, a secondary stressor such as temperature fluctuations, nutritional deficiencies, and pests infestations can trigger the “dudding” and result in a loss of 10 to 30% of a crop.

In other cases, a plant doesn’t need any additional stresses to trigger the stunted growth. At a certain point in the genetic line, the asymptomatic infections can turn symptomatic.

Some growers attribute the rapid spread of HpLVd to keeping cannabis mother plants for too long. When breeding plants, growers keep a strong and healthy female mother plant for propagation.

In a perpetual vegetative stage, the mother female plant provides a plentiful source of cuttings for many generations.

While healthy mother plants can provide growers with a consistent and reliable line of genetics, mother plants infected with the viroid can unknowingly pass on the disease through its clones.  In an unsanitary mother room, the disease has the right conditions to spread.

Stepping Up the Testing Process

At the moment, HpLVd testing isn't on every grower or breeder’s radar. On a commercial level, facilities should test their mother plants and clones for the disease. Testing can also detect other common cannabis diseases such as botrytis, fusarium, and powdery mildew.

Testing methods for these pathogens vary wildly. For instance, testing one part of the mother plants can yield negative results while testing another can test positive. The viroid is known to affect randomly instead of the entire plant.

For the ultimate in cannabis disease detection, pathogen indexing involves several tests before declaring a mother plant or clone suitable for use.

How Testing is Done for Hop Latent Viroid

One form of detecting HpLVd is polymerase chain reaction (PCR),, a technique used in molecular biology that can detect the presence or absence of a specific sequence of RNA or DNA.

From the known genetic sequence of viruses and viroids, PCR can detect them when they appear in mothers or clones.

Over time, regular cannabis testing for disease will be the norm. Until then, growers should focus on what they can do which is sanitizing their tools, their facility, and their personnel to reduce the risk of infection.

There's never been a better time to learn to grow cannabis like the pros! Become a master at avoiding pest and disease issues by enrolling in Cannabis Training University today and earning your cannabis certification.