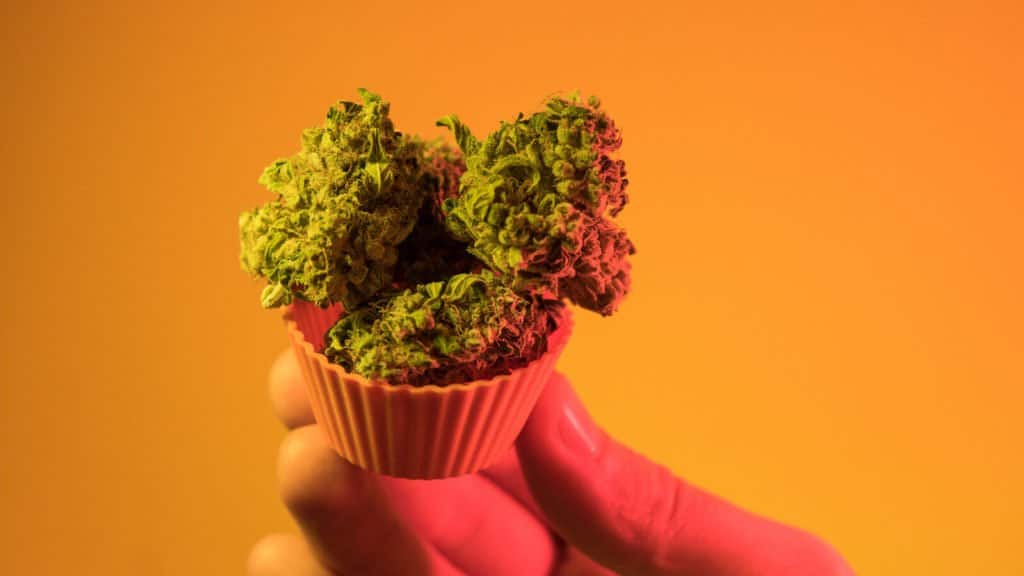 For cannabis connoisseurs, flavor is a huge part of the overall experience. Flower with pungent and complex terpenes is what makes some strains truly special. If these strains have good potency as well, they quickly gain a name for themselves and create a demand that gets the attention of cultivators and dispensary owners.

Take OG Kush as a perfect example. When OG (“Original Gangsta”) Kush hit the Los Angeles cannabis space back in the ‘90s, it gained an almost fanatical following almost immediately. The reason for this was OG Kush’s amazing flavor, which eludes an adequate description with mere words. Supply most definitely could not keep up with demand, and the strain’s scarcity contributed to its desirability and overall mystique. Part of the frustration for those who wanted to obtain a significant quantity of this flower is that the strain is a low producer. This reality seems to have improved with time, probably through some selective breeding and genetic alterations, but OG Kush still is not known for heavy yields.

Adding to the allure of OG Kush is its debatable genetic background, with some people claiming it came from bag seed flower of mysterious origin and others saying it’s a Chemdawg cross, which seems to be the predominant opinion. There is much to said for a good name, too, and as the popularity of OG Kush grew and it created a buzz (pun intended) on the cannabis scene, inaccuracies about the “OG” part of the name started to emerge, which some people said stood for “Ocean Grown” because it was widely recognized as a popular Los Angeles strain, and L.A. is close to the ocean.

While all of these things contribute to a good strain story, it’s OG Kush’s remarkable flavor that really launched it to its elevated status as an elite strain. When growing a strain like this, it’s up to the grower to maximize the flavor through sound cultivation practices.

When growing cannabis, there are a number of variables that contribute to a grow’s overall success or failure. The purpose of this article is not to provide a “Cannabis Cultivation 101” crash course in how to grow, but rather to identify the key areas of importance for growing flavorful marijuana.

First, a grower must understand that a strain’s outstanding flavor and its terpene development go hand in hand. Coaxing maximum terpene development from a plant requires due diligence on the part of the grower. The following variable are key to success.

Before a grow even starts, the cultivator must procure the best strains available. This can be done by obtaining either seeds or clones. Seeds provide a less reliable option than clones because many strains have a variety of phenotypes, with some being better than others. Quality will vary.

Clones are a more certain avenue to success, particularly if the clones come from a highly desirable “cut.” For instance, the Lake Tahoe and San Fernando Valley cuts of OG Kush are highly regarded and usually considered the best versions of this strain. Finding them can pose some challenges, but with some looking these cuts are available for those who wish to grow clones.

Pampered with proper care, a good seed version or a clone of a strain will produce an outstanding harvest of fragrant and flavorful flower. Using outstanding genetics is one of the most important factors for growing truly excellent marijuana. The old axiom “You can’t make a silk purse out of a sow’s ear” definitely holds true when it comes to cultivating cannabis. An average strain will not produce outstanding flower, regardless of the care it receives.

Most people who know a thing or two about good cannabis will insist on smoking or vaping flower that was grown organically. The reason for this comes down to one word: flavor. Those who have experience growing produce like tomatoes usually feel much the same way. Synthetic fertilizers simply don’t cut it in the flavor department. Some people with keen cannabis palates can detect synthetic nutrients versus organic nutrients in blind taste test of the same strain.

If possible, cannabis growers should learn how to create a compost pile, because there’s no better choice for truly organic nutrients. Best of all, it’s free, and if the grower properly maintains the compost pile, there is a regular supply of “black gold” that causes cannabis plants to perk up and thrive. Compost feeds the soil, so purchasing an organic soil mix should always be part of compost cultivation best practices. A good organic soil mix should contain ingredients like bat guano, earthworm castings, kelp meal, coco coir, perlite, blood meal, and other natural materials. Remember that for best results, start each grow with fresh soil.

Organic soil mixes should be the starting point for growers regardless of whether or not they can supplement with compost later on. Soil additives that are nearly 100-percent organic can be found in bottle solutions, and some of them yield very good results.

Maximizing the Effectiveness of Lighting

Serious cannabis growers should always get the best growing equipment they can afford. Unfortunately, regular attention to lighting is often ignored for the simple reason that lights will continue to provide illumination well after their optimum light production ceases, yet the grower does not recognize that fact. This is particularly true with high-intensity discharge lights (HIDs) like metal halide and high-pressure sodium lights, and less true for light-emitting diode (LED) lights, which are known for lasting longer.

Replacing light bulbs should occur after every second or third grow. When lights are operating at their maximum levels, plant development and yield will reach its full potential. Old light bulbs simply won’t perform at their previous levels, and the previous spectrum of light and its brightness will fade. This may not be apparent and visible to the naked eye, but it occurs nonetheless.

Light bulbs also should receive a proper dusting and cleaning with a moist rag when the lights are off and at a cool temperature. Although a proper grow area should be kept tidy, you will be surprised at the dust and grime that can be wiped from grow-light bulbs between grows. That dust and grime is preventing the light rays to fully penetrate and reach the plants, which is exactly where they should be going. Not enough growers replace and clean their lights. You may be surprised at the difference it makes.

To fully express themselves to their full potential, plants must mature to their optimum level of ripeness. Harvest time is the most exciting time of the grow, because it is the culmination of a lot of hard work. Because you want to maximize the potency of your flowers, you want to pick the best possible day to harvest.

Purchase a basic, small, hand-held magnifying glass (a photography loupe works perfectly). Start observing the trichomes on your plants when you notice the calyxes starting to turn from white to orange or red. Trichomes will grow longer as they turn from clear to opaque to amber in three phases.

The proper time to harvest can range depending on the grower. You want to have a major percentage of the trichomes to have turned amber when you harvest, but some cannabis cultivators like to harvest a little earlier than others if maximizing flavor is a primary goal. The terpenes do change during the final stages of flower growth. For instance, Lemon Skunk (DNA Genetics) harvested a week early will have more of a citrusy lemonade aroma and flavor than if harvested later when the flavor will still taste like lemons but will also have a danker, skunky flavor present. There is really no right or wrong answer to what stage is best for this strain. It really depends on the preference and goal of the grower.

The final measure—but one of the most important—you can take to maximize the flavor of your cannabis flower is the curing process. Many growers fail to make the most of their harvested flower by doing a less-than-perfect cure.

The curing of cannabis should be done in two steps, the initial drying and the final, slow cure. The drying of freshly cut and trimmed flower should take approximately five days at a temperature of about 65-70 degrees (Fahrenheit) and 45-55 percent humidity. Once dry, the flower should go in jars for a slow, proper cure that takes several weeks. The jars remain open at first but remain sealed for increasingly long periods of time as the cure progresses. Sealed and tucked away in a cool, dark place too early, and the flower may retain too much moisture, which can cause mildew that will ruin the otherwise-outstanding buds..

The soonest flower should be smoked after being dried and cured is about one month. A good six-to-eight-week cure is a much better practice for guaranteeing smooth, rich, flavorful smoke. Flower cured quickly at higher temperature and lower humidity will result in smoke that is harsh and lacks outstanding flavor. To reach its full potential, it requires a proper cure that takes time. Some good things can’t be rushed.

There are several important things that a grower can do to maximize the flavor of his or her flower. Growing cannabis properly is something that takes time, and there is some learning involved in the process. Cannabis cultivation is a very worthwhile pursuit, and if something is worth doing, it’s worth doing well. Avoid common mistake by following the advise in this article and you will enjoy the best possible flavor your cannabis flowers can produce.