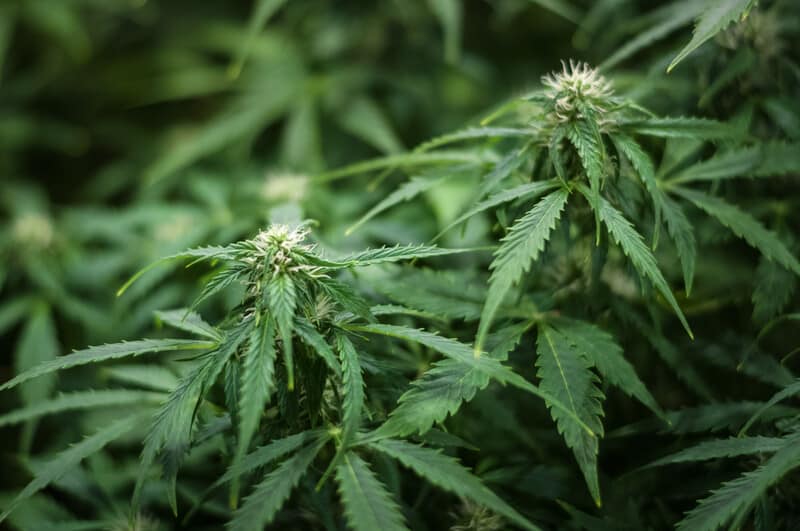 With the boom of the cannabis business, many job seekers are looking at the 420-industry for top cannabis jobs and career opportunities.

Here are three of the most popular top cannabis jobs in this booming industry.

In California there are literally hundreds of thousands of people whose main source of income comes from the sale of cannabis that they are grown.

The economy in areas like Humboldt County California, are reliant first and foremost on the cannabis industry.

California is unique in the way that its dispensary system is set up, which allows for lines of cannabis growers to wait outside each day to have their cannabis observed by the dispensary cannabis buyer.

The growers go around from pot shop to pot shop seeing how much they can get for each pound of cannabis they have grown.

In other states the system is not always as easy for the home cannabis grower to find a legal buyer.

In most medical marijuana states, if you want to make a lot of money as a grower, it is best to find a way in as a grower in a large-scale grow house.

Because of the recent growth in medical marijuana dispensaries and the recreational legal market, cannabis growing has a very strong career outlook.

What is the Costs Associated with Growing Cannabis?

Small scale, home cannabis growers can get away with growing cannabis for as little as $200 can be learned at CTU in the how to grow marijuana courses.

But for people who want to make a living as a cannabis grower, especially as a large-scale cultivator there are many costs associated with it such as:

Some home cultivators of cannabis make up to a million dollars per year in some states that allow growing.

Master Grower jobs are huge jobs in the cannabis industry.

A Head Marijuana Grower can expect to earn $100,000 plus per year; this is due to the extremely high level of expertise that is needed.

How Much Do Dispensaries Pay for Each Pound of Cannabis?

In California, the amount of money that cannabis is purchased for has gone down year after year since the explosion of home growers.

Outdoor grown cannabis which used to get as much as $3000 a pound in places like Humboldt County California now may only be worth $700 to $1000.

Many growers in Humboldt County need to grow between 200-500 pounds of cannabis per year in order to make a good living.

Many new medical marijuana states in America are now unfortunately leaning away from allowing home cultivation and instead opting for “Large Scale Commercial Cultivation”.

Commercial cultivation is like growing in a basement, on steroids!

Some commercial gardens cost millions of dollars to put together.

What is a Budtender?

A budtender, commonly also known as a dispensary technician, or patient care advisor, is an exciting cannabis job that takes place right inside a marijuana dispensary.

As a budtender, you are considered a professional marijuana expert and work directly with patients and consumers behind the counters in dispensaries.

The budtender should have great people skills.

Budtenders need to know the difference between indica vs sativa and other cannabis strains and types.

How Much Do Budtenders Make?

Budtenders usually make $11 to $16 an hour on average. The city that the dispensary is in makes a difference between what a Budtender is paid.

To land a job as a budtender it is helpful to get trained at CTU for your budtender certification.

What is the Career Outlook for Budtenders?

The market for bud tenders is expected to substantially grow over the next five years.

Many times, bud tenders in retail pot shops are promoted to manager positions after a year or two of service.

Another very common marijuana job is that of a “Cannabis Trimmer”.

A cannabis trimmer is just as it sounds, someone who trims cannabis.

In many states where they grow a lot of cannabis outdoors, people travel from all over the world to land a job as a cannabis trimmer.

The environment in which trimming is done can vary greatly from outside in the woods with no electricity, to in elaborate greenhouses with electricity and plumbing.

Typically cannabis growers pay for trimmers food and give them stimulating drinks like coffee or soda so they stay awake and productive.

When the marijuana is ready to be harvested, the trimmers either cut down the branches and trim them right away, or hang the entire plant upside down in a cool, dark area for a week or so until they dry.

Cannabis trimmers are expected to trim as much cannabis as possible, while maintaining as much of the flower and useful parts of the plant.

How Much Money Do Cannabis Trimmers Make?

In America, cannabis trimmers in states where cannabis is legal to grow like Colorado, Washington, Oregon, and California, earn about $200 to $300 per pound of dried cannabis that they trim.

Some areas such as Humboldt California where cannabis is their main source of income, report that cannabis trimmers earn as much as $25 million a year amongst themselves.

The trimmers then spend that money on the local economy and the cities in Humboldt County happily take their hard earned money.

Although cannabis trimmers in America are often paid under the table, they stimulate the economy and are great for cities.

If the trimmer trims while the bud is still wet, the trimmers are usually paid by the hour, between $15 and $20 per hour.

The trimmers who trim the best will get paid more, so knowing how to trim and trim fast is imperative.

What is the Career Outlook for Cannabis Trimmers?

To get a job as a cannabis trimmer it helps to first learn more about trimming cannabis at a marijuana school.

After that, all it takes is some networking and before you know it you will get paid to trim weed, while being given free buds, food, and drink!

To get trained and certified in the cannabis industry and to get top cannabis jobs opportunities, be sure to enroll at CTU premier marijuana training and cannabis certifications.

How To Be A Student At The Cannabis Training University

The Benefits of Enrolling in Oklahoma Cannabis College