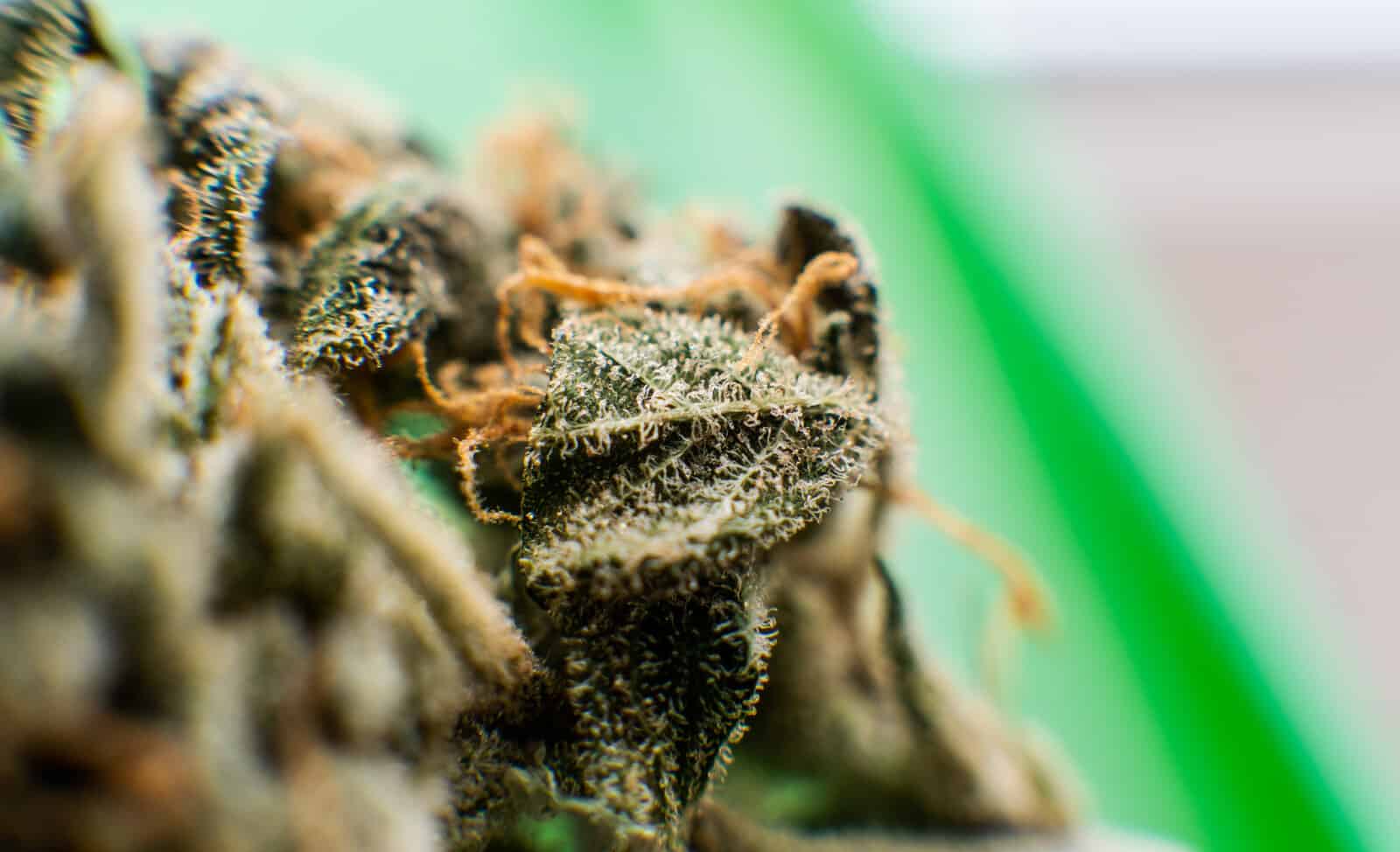 What Terpenes Are and How They Work

Are you wondering what terpenes are and how they work? Terpenes aren’t as popular as their cannabinoid counterparts, but new research suggests that these aromatic compounds can play a significant role in the way the plant’s psychoactive compounds interact with our bodies.

They're responsible for the unique smell of marijuana and hemp strains. In fact, terpenes can be found in all plants and cooking herbs such as rosemary, thyme, and oregano. These organic compounds come in various combinations contributing to unique smells for each strain.

From an evolutionary perspective, terpenes serve as a defense mechanism against predators who would devour them if it wasn’t for the plant’s flavor and effects. Terpenes also produce alluring scents that attract pollinators who then spread the plant’s genetic material.

Terpenes can be found in the plant’s trichomes, which are the tiny, resinous, bulb-like glands that form on the exterior of marijuana flower buds, leaves, and stems. Buds contain the highest concentration of trichomes, and, thereby, terpenes.

Terpenes aren’t just great to smell. Terpenes also happen to have distinct therapeutic effects on the human body that can amplify the medical benefits obtained from consuming cannabis. Let’s break down the numerous health benefits that can be obtained by consuming terpenes.

What Terpenes Are and How They Work in the Body

Much of today’s medical cannabis research focuses on the study of major cannabinoids such as tetrahydrocannabinol (THC) and cannabidiol (CBD). Modern research, however, is starting to take into account the many possible health benefits of cannabis terpenes.

Terpene interaction with cannabinoids is often referred to as “the entourage effect,” in which a cast of compounds works together to maximize their therapeutic potential. For instance, terpenes can moderate certain THC effects by limiting or increasing its absorption into the body and reduce its negative side effects.

Full-spectrum cannabis extracts are more effective than CBD isolates in their ability to provide analgesic properties at higher doses, according to a 2014 study They contain a more complete chemical profile, which includes most cannabinoids. High-terpene full-spectrum extracts (HTFSE) are rich in terpenes and cannabinoids.

For medical consumers, certain strain genetics can contain the ideal cocktail of cannabinoids, terpenes, and other compounds. This selection of compounds can provide specific and targeted relief for some medical conditions and symptoms.

Each terpene has a unique smell, a set of characteristics, and other attributes that can be used to find relief. While there are tens of thousands of terpenes in the natural kingdom, cannabis features over 100 of these organic terpenes.

A comprehensive terpene chart would include at least 20,000 different terpenes with more than 100 of those found in cannabis plants along. Some terpenes are more common in cannabis plants than others. Here’s a list of seven common cannabis terpenes and possible ways they can be used for therapeutic purposes.

Myrcene is one of the most common terpenes available in cannabis strains. Myrcene can make up nearly half of a strain’s terpene content. It’s hard to miss myrcene’s spicy and earthy aromas of balsam and clove. Myrcene is also a building block of other, more complex terpenes

Myrcene can be found in cooking herbs, grasses, and fruits such as basil and lemongrass, hops, and mango. Based on terpene research, myrcene can have numerous therapeutic effects:

Limonene is a common and invigorating terpene that will remind anyone of a juicy, sweet, and tart citrus fruit. No wonder limonene is found in many citrus fruits. Explore notes of lime, lemon, grapefruit, and orange with a herbaceous hint of mint and rosemary in limonene-rich strains.

Limonene is a strong and pungent terpene that has numerous medicinal benefits and can be found in fruit rinds, rosemary, and peppermint. Limonene has many health benefits including:

Linalool’s aroma adds a spicy, woody, and floral aroma that transports users into a musty and earthy-smelling lush forest. Linalool has been used for centuries to induce sleep and can be found in certain citrus fruits, coriander, rosewood, and laurels.

Nerolidol’s scent reminds users of anything woodsy and citrusy. Like linalool, nerolidol has shown to have sedative effects that can help users get to sleep. There are two varieties of nerolidol: trans-nerolidol and cis-nerolidol.

Nerolidol can be found in lavender, jasmine, ginger tea tree, and lemongrass. Nerolidol has the following medical benefits:

Pinene is another commonly-found terpene in marijuana plants. Pinene comes in two types: alpha- and beta-pinene, each with their own scent. Alpha-pinene has pine needles and rosemary aroma. Beta-pinene’s smell reminds users of basil, dill, hops, and parsley.

Pinene can be found in certain citrus rinds, conifer trees, and turpentine. Pinene’s medicinal effects include:

Ocimene has a sweet and woodsy scent. Its herbal and citrusy undertones can be found in its two variants: ocimene and beta-ocimene. Ocimene has energizing effects to pair along with its perfume-worthy aroma.

Ocimene can be found in various plants and fruits such as parsley, mint, tarragon, mangoes, and kumquats. Ocimene has numerous therapeutic benefits including:

Walk into a craft brewery and you’ll immediately notice the pungent scent of humulene. Humulene can be widely found in hop plants that produce a variety of beer flavors. Humulene is also called alpha-humulene or alpha-caryophyllene.

Humulene can also be found in certain spices such as ginger and sage. Humulene in cannabis can possess a number of medical benefits:

Do Terpenes Get You High?

While terpenes can certainly affect your high, they won’t produce any intoxicating effects like THC’s euphoric sensations. Vaporizing and inhaling natural terpenes (and a carrier) won’t produce a buzz, but you may feel lightheaded or a slight unfamiliar feeling.

Terpenes, however, may diminish certain effects of THC such as its ability to induce paranoia and anxiety, especially for users who don’t frequently consume cannabis. Terpenes won’t get you high, but they might improve your overall experience.

How To Use Terpenes

Now that you know about the potential of terpenes in your cannabis consumption regimen, you can consume them in a variety of ways. One of the most efficient ways to consume terpenes in cannabis flower or concentrates is through vaporization.

Desktop and portable vaporizers for dry herb and cannabis extracts allow users to heat their material at low enough temperatures to retain terpenes, which have a lower boiling point than cannabinoids like THC.

Each terpene has a different boiling point. For example, myrcene’s boiling point is 334ºF. Pinene boils at 311ºF. THC boils at about 220ºF. Vaporizers with precise temperature control can help users slowly reach those temperatures for a flavorful experience.

Are terpenes legal? Yes. Terpenes can be botanically-derived from a number of plants that aren’t cannabis. These producers make food-grade, natural, and organic terpenes that have been approved by the FDA for safe consumption. Infuse terpenes into edibles, concentrates, topicals, and more.

We’ve just begun to scratch the surface of the therapeutic potential of terpenes. As cannabis research restrictions relax, we’ll be able to better understand how exactly terpenes influence different cannabinoids and symptom relief.

Interested in learning more about cannabinoids, terpenes, and the cannabis plant? Sign up for CTU’s online marijuana college and earn your marijuana certification online.