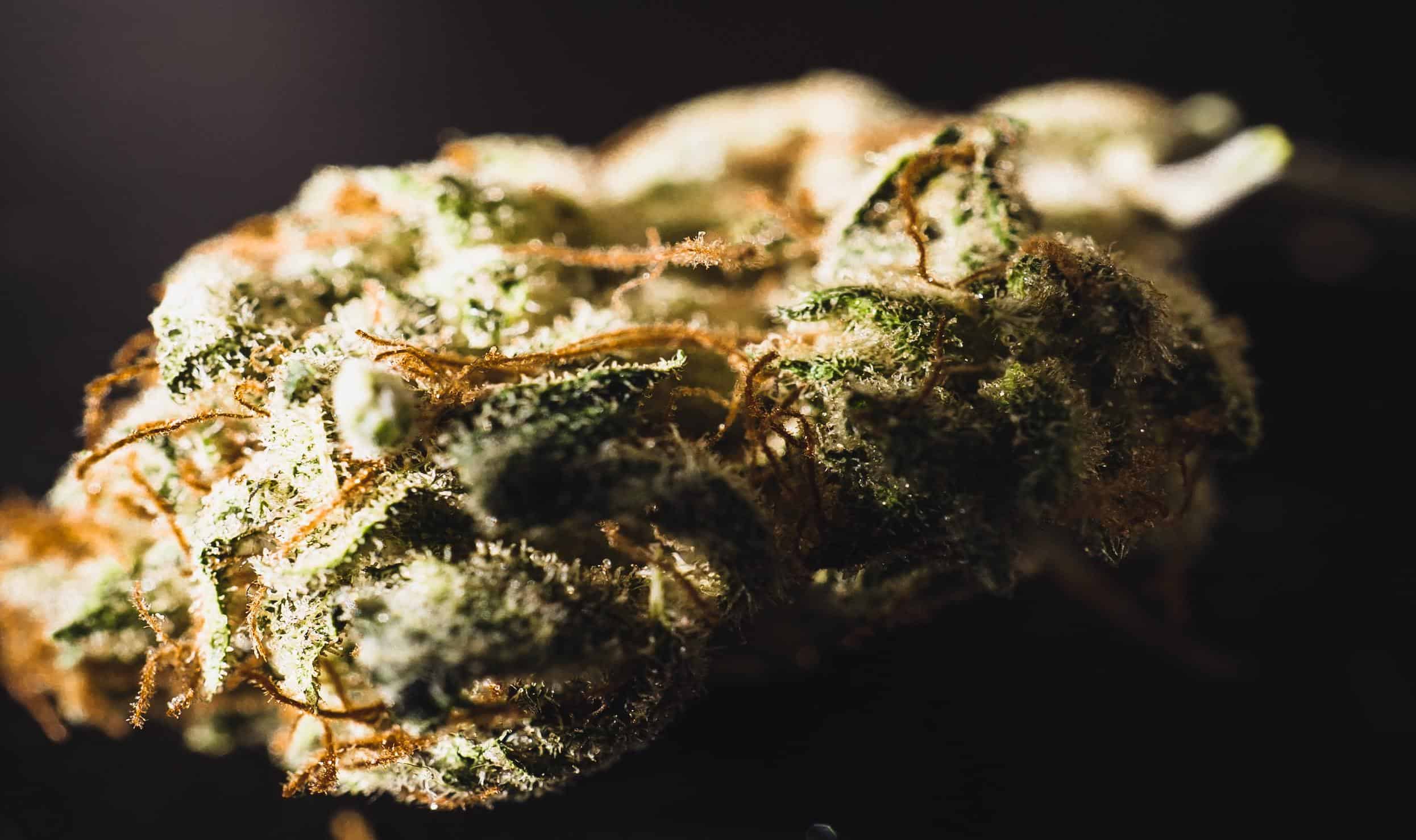 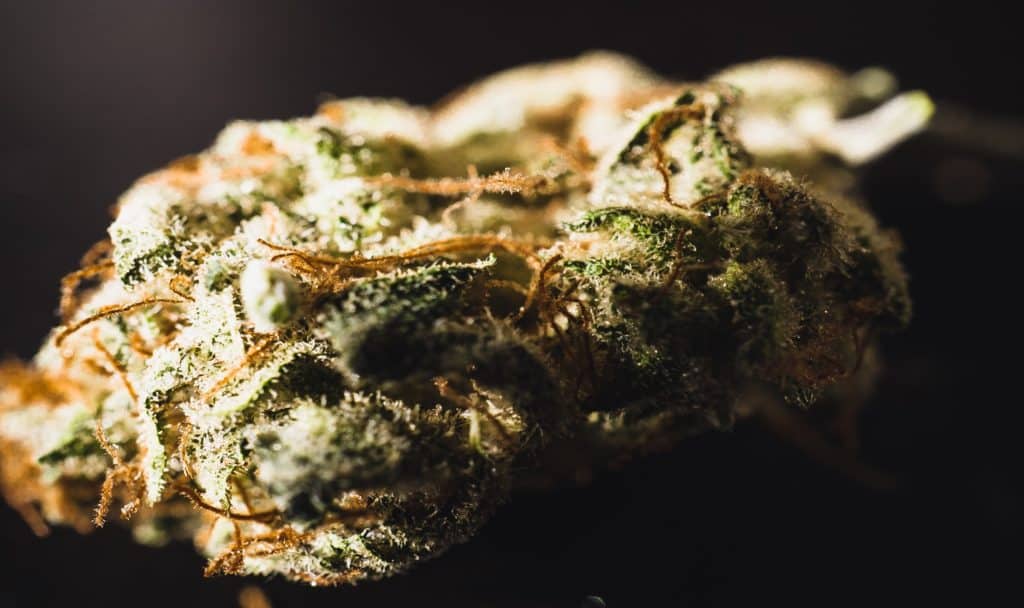 There are quite a few cannabis strains out there, but you'll find out in this Alien OG strain review why this strain packs a punch. Even the most seasoned marijuana consumers will want to stay cautious with this strain that produces an even high between body and mind. If you are looking for a potent high, Alien OG weed might be one of your best choices!

Alien OG is a product of the ever-expanding California cannabis industry. It is a cross between the infamous Tahoe OG strain and Alien Kush strain.

It was originally only available as a clone in California's Bay Area. Thanks to Cali Connection it is now available in seed form.

The genetic lineage of Alien OG lends itself to fantastic THC levels but less than optimal growth potential. It does best in indoor growing operations, like many other OG strains. It does respond well to topping to create more dominant colas throughout the plant.

Alien OG is a well-balanced hybrid that leans a bit more towards sativa than indica. It promotes both the predictive effects of sativa with a potent head high and the melting body high of an indica.

While one of its parents, Tahoe OG, is known for pure indica effects that can induce couchlock and deep sleep, the cross with Alien Kush creates a more balanced experience that isn't dedicated to nighttime use.

Alien OG has been used to create a child strain with Alien Abduction and Alien Dawg, named Alien Rift. It capitalizes on the effects of the Alien-based cannabis strains while touting genetics from Chemdawg and OG lineages.

Purple Alien OG is another phenotype of Alien OG Kush that tends to have more influence from the Tahoe OG parent.

As mentioned, Alien OG marijuana will grow best indoors, which will limit yields compared to plants that do best outdoors. The weed strain has an issue with establishing a healthy root system, so picking the right growing medium while ensuring your genetic quality is high will make or break your yields.

While the individual branches will produce dense buds reminiscent of OG Kush, the plant usually won't reach 3 feet tall. With this small footprint, yields will be lower than average. You can expect to get between 3-6 ounces per square foot of plant, but the plants are too small to reap huge vertical harvests.

The average flowering time of Alien OG pot plants is 60-65 days. Since most growers are utilizing Alien OG indoors, growing conditions should be controlled meticulously to please this finicky marijuana strain.

The buds will be a bright green color and look like they went through a frosty morning due to the abundance of trichomes. With a marijuana strain this potent, ensuring that the buds are harvested at the right time, the curing process is optimized, and the pot is stored correctly is the best way to showcase all that Alien OG has to offer!

This strain is known as a heavyweight weed reserved for those with a high tolerance to THC. Those who can't seem to get high on designer strains that smell better than the high they produce will be happy with the psychoactive effects of Alien OG Kush pot.

The THC baseline for this weed strain is 20%, but it's not uncommon to see this ganja hit THC levels between 26-28%.

As mentioned, the high is balanced between the body and the mind. It also works well with going with the flow. It can help energy levels in those who are up and about or it can help those who want to relax to do so efficiently.

This makes it a good choice for almost any time of day as long as you can handle the potency levels. Those with a low tolerance of THC will have strong time dissociation effects. Also a trippy experience that will limit anything beyond being an anchor on the couch. Paranoia can sneak up on those who are susceptible to anxiety.

To reach these high THC levels, the harvest has to be performed when the trichomes are milky white at the peak of their potency. Then, the bud should be cured for about a week in a dark space with 70-degree temperatures and around 50% relative humidity.

Last, but not least, the weed must be stored properly with the same temperature as curing. It will need humidity levels up to 60-65% for optimal cannabinoid retention.

Alien OG ganja is rich in the terpenes Myrcene, Caryophyllene, and Limonene. Typical of the OG lineage, the pungent aroma can hang around in a room for a long time after smoking. The aroma and flavor are both reminiscent of lemon and pine, typical for OG cannabis strains.

The flavor is a bit spicier due to the Caryophyllene content of Alien OG marijuana.

Just like mentioned earlier, this strain is great to go with the flow. It can help boost energy levels if the consumer is internally motivated or it could help you relax and sleep if that's what you desire.

It has been known as one of the better medical marijuana strains in the California market. Its popularity is spreading.

Its balanced experience between body and mind lend itself to medicinal uses for:

It's also touted as a good treatment for anxiety but it should be noted that the intense high due to the above-average THC levels can cause paranoia and anxiety. Especially in those already predisposed to those conditions. Unless you have a high tolerance for THC, there are probably better choices for medicinal marijuana to treat anxiety.

Alien OG is becoming more popular and spreading to more medicinal and recreational markets every day. You can find bud, clones, and seeds from reputable vendors in most areas.

Interested in the world of Cannabis beyond just strains? CTU provides professional training to find a career in the growing cannabis industries. Sign up today!