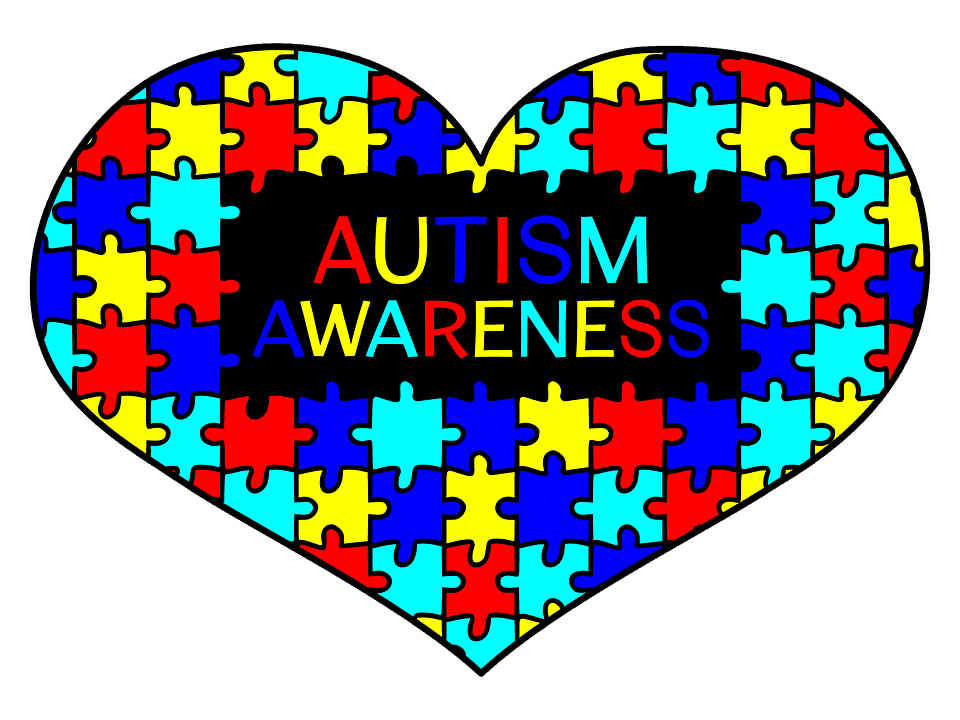 Which Are The Best Strains For Autism?

The best strains for autism include Afghani, Blue Dream, Green Crack, Chocolope, and Charlotte’s Web, among others. Many factors make a marijuana strain ideal for treating autism. But even before getting to the strain, many important factors come to mind when considering marijuana treatment for autism.

This article highlights most of the issues surrounding medical marijuana treatment for autism and concludes with a discussion on the best strains to turn to when the autism seems to get the better of your child.

Autism is a spectrum of disorders that are linked to impairment in neural development. Autism Spectrum Disorder (ASD) encompasses a range of disorders characterized by issues with communication and social interaction.

Because this is a spectrum, the symptoms will vary depending on where the child is placed on the spectrum. For example, children with Asperger’s syndrome (an autistic spectrum disorder) have significant difficulties in social interaction.

In extreme cases, the affected child cannot carry out most self-care activities on their own. In mild cases, one can hardly tell that the child is autistic unless trained to identify the subtle signs of autism.

Symptoms of autism include having repetitive behavior, being non-verbal or having poor communication skills, and having impaired social skills, among others. These symptoms usually become apparent before three years of age.

According to the Centers for Disease Control and Prevention (CDC), autism tends to be present in boys more than in girls, with a 4 to 1 ratio. According to the latest data, the CDC estimated that 1 in 59 children were identified with ASD in 2014.

In most cases, autism is not a life sentence. With adequate care, a child should be able to lead a near-normal life. While there are no cures for ASD, certain therapies have been helpful in improving symptoms. Treatment options include behavioral, occupational, speech, physical, and play therapy.

In terms of alternative treatment options, it is speculated that marijuana could help children cope with the negative effects of autism, but further research is needed to verify this preliminary evidence.

Is it Ethical to Treat Children with Medical Cannabis?

There has been controversy on the use of marijuana treatment on children. In 2015, the Canadian Pediatric Society issued a statement saying that there was insufficient data on the efficacy or safety of cannabis use in children. But since the FDA approved Epidiolex, a cannabis-based drug, to treatintractable childhood seizures, the medical fraternity has become less skeptical about medical cannabis use in children.

The issue of ethics is not a straightforward one. Marijuana strains with high CBD and low THC are considered safe and therefore ethical for use in children. However, high THC strains are treated with skepticism; the long-term effects of THC on the developing brain are controversial. Thus, high-CBD/low-THC strains are preferred when dealing with autism in children, unless the case is palliative. The following states have included autism on their list of qualifying conditions for medical marijuana.

Is Medical Marijuana Approved For Autism

Medical marijuana is approved for autism in the following states:

Each state sets its own rules for the use of medical marijuana within its jurisdiction. Pennsylvania was the first state to approve marijuana for the treatment of childhood autism. To get approved for medical cannabis for autism, you’ll need a written recommendation from a qualified medical marijuana doctor allowing you to obtain a medical marijuana card.

Cannabis for Autism: What Research Says

Research into cannabis and autism spectrum disorders is still new. In 2018, a Stanford University study found that anandamide levels (the bliss molecule) was lower in children with ASD. Some research suggests that THC produces more intense and similar effects to anandamide. In theory, THC could be a promising option for autism patients.

A study published in 2019 in the Journal of Nature found that cannabis can relieve symptoms of autism such as seizures, restlessness, cognitive impairment, speech impairment, and fits of rage. The study was titled “Real life experience of medical cannabis treatment in autism; analysis of safety and efficacy.”

In this study, 188 patients with autism spectrum disorder were followed up over six months. Most patients were treated with a cannabis oil containing 30% CBD and 1.5% THC.

After six months of treatment, 82.4% of patients were in active treatment and 60.0% have been assessed. Here are the results of the study:

Overall, cannabis was found to be a “well tolerated, safe, and effective option to relieve symptoms associated with ASD.”

A 2018 study performed at the Shaare Zedek Medical Center tested the effect of a whole-plant cannabis extract (20:1 CBD:THC) on 60 autistic children who displayed severe behavioral issues. Here are the results:

In a study published in 2018 titled “Oral Cannabidiol Use in Children With Autism Spectrum Disorder to Treat Related Symptoms and Co-morbidities,” 53 children with autism were given a dose of 20:1 ratio of CBD to THC for a period of 66 days.

Keep in mind, studies into autism and cannabis have been focused on observational results without a control group. Results were based on reports by parents, which may have been affected by expectations.

Trials into autism and cannabis are underway by the Children’s Hospital of Philadelphia, the University of San Diego, and New York University’s Langone Health research facility.

There is a lot of anecdotal evidence to suggest that treating autism with medical cannabis is effective. However, not every method of administration is good for children. For instance, inhalation such as smoking cannabis is not suggested due to the carcinogens present in the smoke.

Instead, medical cannabis can be administered in the following ways:

Choosing the best way to administer cannabis can take some time. It is recommended to start with the lowest dose possible (2.5 to 5 mg) of cannabis and gradually build up to the desired effects.

Several cannabis strains work for autism and its comorbidities. However, a few options stand out as the best marijuana strains that can provide maximum relief for the symptoms of autism.

High-CBD strains are recommended to help manage behavioral issues and provide relief for seizures. CBD-rich strains have shown to be beneficial in improving communication and reducing hyperactivity, hypersensitivity, and self-harm behavior.

The best cannabis strains to try include the following:

This is a sativa dominant hybrid strain that hails from California. It has been labeled as the “aspirin form of cannabis” for its highly therapeutic benefits that make it ideal for everyday use- the marijuana strain to always have in your medicine cabinet. Blue Dream strain is helpful in suppressing pain and the discomfort that comes with autism.

This is a strong indica strain that produces total body relaxation when consumed. It has been used to trigger relaxation and reduce social anxiety in patients on the autism spectrum disorder. With a THC of up to 25%, this strain should be consumed in moderation.

Afghani is an indica strain with strong sedative properties. It causes blissful relaxation and can help to relieve autistic aggression, anxiety, and depression.

Charlotte’s Web is one of the most popular marijuana strains rich in CBD and low in THC. It has been the go-to strain for treating childhood seizures, and now it is drawing attention as a potential go-to strain for autism. With less than 0.3% THC, it is ideal for children as well as adults with autism. It has potent anxiety-relieving properties and strong calming properties. It can be used to alleviate autism-related aggression.

Sour Diesel is a high-THC, sativa-dominant strain known for its cerebral and energizing effects. Medical cannabis patients have used this strain to help relieve symptoms related to anxiety, stress, depression, and pain. Since people with autism may have issues socializing, Sour Diesel may provide blissful and invigorating effects to improve socialization.

Is Medical Marijuana Safe for Children?

According to CDC reports, 1 in every 59 children in the US is on the autism spectrum disorder. Anecdotal evidence supports the use of cannabis in treating autism symptoms.

Mothers Advocating Medical Marijuana for Autism (MAMMA) is an autism-focused advocacy group that advocates for greater accessibility to medical marijuana treatment for people with autism. A couple of patient testimonials can be found on the MAMMA website on the safety and efficacy of marijuana in treating childhood autism.

For now, evidence from research is still preliminary. Further research is needed to confirm the safety of medicinal marijuana treatment in children with autism.

Can CBD Oil Help with Aggression Caused by Autism?

Anecdotal evidence has shown that CBD can be used to relieve symptoms of autism, including aggression. CBD has calming and anti-anxiety properties.  A few studies investigating the link between marijuana and autism have shown that CBD can indeed reduce aggression related to autism.

This brings us to the end of the best strains for autism; let us know if you have tried any and if they have worked for you.

Learn How to Use Cannabis As Medicine at CTU

Do you want to learn how to safely and legally use medical cannabis to treat a wide range of conditions and symptoms? If so, enrolling in Cannabis Training University’s online marijuana college may help.

CTU’s online-based learning platform allows you to learn about every major aspect of the industry, including cannabis medicine. CTU’s Master of Marijuana program includes the following information: