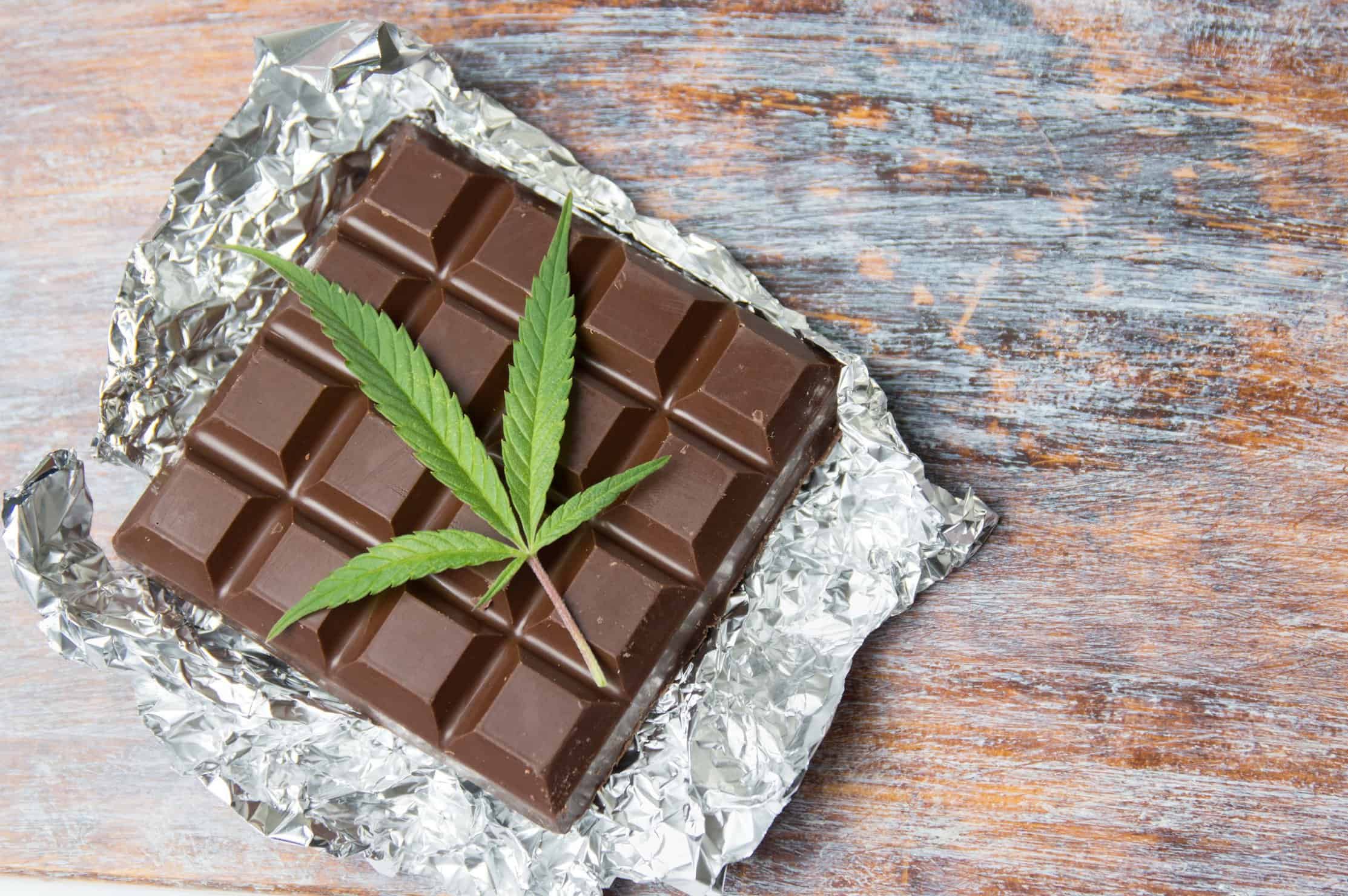 Infused edibles have been welcome treats among cannabis enthusiasts for decades, but during recent years the legal marijuana industry has catapulted their popularity into the mainstream. The widespread production and availability of cannabis edibles makes them readily available to the general public. Unlike the popular cookies and brownies of past generations, cannabis edibles companies are now pumping out a wide variety of baked desserts, candies and infused beverages. While yesterday’s infused treats still exist in their past forms, they now join cupcakes, fruit bars, gummies, taffy, hard candies, caramels, and chocolates on the shelves of dispensaries from coast to coast. Complementing these sweets are infused soft drinks, energy drinks, coffees, and teas for those who like to drink their cannabis.

While these tasty treats have wide appeal and uses for medical and recreational consumers alike, this segment of the cannabis market requires a bit of warning for those who aren’t familiar with their effects. While smoking or vaporizing cannabis produces an almost immediate euphoric effect, edibles absorb into the body more slowly, sometimes taking two hours or more to impact those who consume them. This slow effect is further complicated by the varying potencies of edibles, with those for medical use sometimes being much stronger than recreational treats. Also, because they taste so good, it’s easy to overindulge, so that when the impact of tetrahydrocannabinol (THC) is finally felt, the consumer may have ingested much more than they should have for an enjoyable experience.

Moderation at First Is Key

Unfortunately, a number of highly publicized incidents with people having profoundly negative experiences after eating edibles have made it into the news, and emergency rooms in popular legal cannabis cities like Los Angeles and Denver have seen their share of edible cannabis “overdoses.” The good news is that these incidents are entirely preventable, and none of them will ever prove fatal—unlike the number of fatalities from alcohol poisoning each year. Current statistics by Talbott Recovery indicate that as many as six people per day die of alcohol poisoning. Meanwhile, zero deaths occur from cannabis overindulgence.

Despite the overall harmless effects of cannabis, a cannabis overload from edibles is very unpleasant, so moderation at first is key. Edibles need to be treated with respect, with dosage amounts fully explained at dispensaries at the time of purchase. Explaining how to consume edibles is the responsibility of each cannabis business to ensure satisfied, repeat customers. Some dispensaries create information cards for their customers.

California and Colorado have already revised their edibles regulations to limit their appeal to children. Words like “candy” relating to edibles usually are prohibited, as are fun shapes like animals (in other words, no gummy bears allowed). Cannabis edibles belong in the hands of adults, not children.

Because of the concerns noted above, most states where edibles are legal regulate their potency, with an overall cap usually at 100 mg of THC per product. Since 100 mg is a very potent dose for many people, regulations often require 10 mg portions for products intended for recreational use. For example, a 100 mg chocolate bar may have ten separate 10 mg squares, so limited portions may be broken off and consumed. This allows consumers to accurately gauge how much they’ve eaten. After waiting two or three hours and seeing how they feel, some people may decide to consume more. Consumed responsibly, edibles are fun and provide an alternative form of enjoying cannabis.

Any discussion of cannabis edibles should include an explanation of what decarboxylation is and why it’s necessary for creating edibles. Simply stated, cannabis decarboxylation is a chemical process that eliminates a carboxyl group from cannabis and releases carbon dioxide. This converts the plant’s raw tetrahydrocannabinolic acid (THCA) to the active form of THC that produces the euphoric high that results when consuming the drug in smokable or edible form. Likewise, decarboxylation activates cannabidiolic acid (CBDA) to activated cannabidiol (CBD).

This chemical process occurs when two critical factors come into play: time and heat. Only when heated for an adequate time duration does decarboxylation occur, which activates the THC found in flowers and makes it suitable for human consumption. When smoking or vaping marijuana, the combustion or extreme heating process is what activated the cannabinoids and converts the smoke or vapor to a usable state for absorption into the lungs.

Decarboxylating Cannabis for Home Use

For homemade edibles, the most common method of creating decarboxylated cannabis for baked goods is making stovetop cannabutter. This is a simple cooking process that thoroughly heats cannabis in regular butter to draw out the coveted cannabinoids and decarboxylate them. Because of the widespread legal status of cannabis these days, a range of commercial products is available to produce cannabutter, but the old, time-tested methods are just as reliable if done properly.

There are many online methods available to walk you through the decarboxylation process, and it’s quite simple. First, grind a ¼ ounce of high-quality cannabis flower. Then, melt a ½ cup of salted butter in a saucepan at low heat. Once the butter melts, place the ground flower into the pan and simmer on low for 45 minutes to an hour, stirring frequently to ensure the butter does not burn. Butter can burn rather easily, so you must monitor the butter closely during this process. You want the butter heated at an adequate temperature for the correct amount of time to fully activate the THC collected in the butter. If only partially decarboxylated, the cannabutter may continue to decarboxylate when mixed with baked-good ingredients while baking, but the end product will be less potent and inferior to baked goods using properly decarboxylated butter.

Once the butter has simmered for the designated amount of time, remove it from the heat and use a strainer to collect the butter into a glass dish with a tight-fitting lid. Use a spoon to push the butter-saturated cannabis against the strainer to squeeze out all of the cannabutter. You will notice that the cannabutter is a greenish hue that’s quite unlike regular butter. Once collected, you can use the cannabutter immediately or it can be refrigerated in the lidded jar to use later. The cannabutter is ideal for making infused cookies, brownies or other baked dessert items. When mixing the cannabutter with other ingredients, be sure to mix thoroughly to evenly distribute the butter. You can easily alter the cannabutter recipe to produce more if desired. Four sticks of butter can absorb a full ounce of cannabis if you have a large number of cookies or brownies to bake.

When consuming baked edibles containing cannabutter, it’s always a good idea to start slow. Consume one cookie or brownie and see how you react to it after two or three hours. People often react to cannabis in edible form quite differently than they do when smoking it. The effect can be profound and influenced by many factors, such as how much food is in the stomach of the person consuming the edibles. The effect may be felt in as little as a half hour or as long as two or even three hours.

Commercial cannabis companies typically use other methods to infuse their edible baked goods and beverages. Because of the volume of products being prepared by these companies, infused cooking oils and oil concentrates typically replace cannabutter, which is impractical to use for commercial purposes.

The potency of cannabis edibles is often dictated by the state where they are created as well as their intended purpose. Medical edibles typically have a higher potency than that of recreational edibles. Using a dosing chart when preparing edibles will prove valuable to determine the potency of each edible.

Cannabis edibles are here to stay and are part of a growing segment of the industry. Whether you create them yourself or purchasing them from a dispensary, they have applications for both the medical and recreational markets. If you enjoy smoking or vaping cannabis but have never given edibles a try, consider doing so. You may just find that it’s your preferred method of experiencing cannabis!