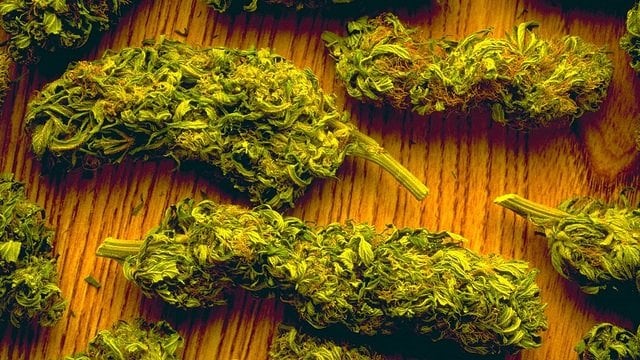 Let’s take a look at how to cook with marijuana and what it involves, especially the cannabis strains to use such as sativa and indica. It is known in the marijuana community that cannabis is a native species throughout the world.

Not all individuals want to cook with marijuana using a specific strain. For some individuals, the ideal way to gain the desired effect of marijuana is to either smoke it or ingest it. With cooked marijuana, often called edibles, the effect is different than smoking it. It passes through your system slower and absorbs first before feeling the effect.

When you cook with marijuana and the finished cannabis product is ingested, it gives you a buzz, but it might take up to an hour or so to feel a noticeable effect. However, that same effect will last much longer than smoking weed.

One of the downsides when you cook with marijuana and consume it is that it gives a strong effect, about three times more than orally inhaling weed. This means that if you are thinking of going out or driving, you should reconsider it because you will probably go right to sleep.

Be careful how much you consume though. Some people have complained about hallucinations.

There is an advantage to cooking marijuana and making it into edibles. Smoking weed is harsher on your lungs than when you cook with marijuana and make edibles. If you have an upset stomach, it provides a soothing effect. If you have cancer and have to do chemotherapy, then these same edibles will provide assistance and relief from vomiting and nausea.

If you want to achieve the most potent edibles when you cook with marijuana, the cannabis strain is also important. Dried marijuana would be more difficult to ingest so it has to be broken down so that it can easily absorb in the stomach.

To bake your cookies or muffins with marijuana, you first have to make cannabis butter or cananbutter. This is what you will use to make those edibles. You have to sauté the marijuana with the regular butter. Many people say that this enhances the THC, making it easier to absorb from the cannabis during cooking. To start, you would use a small saucepan on stove top. Turn the burner down low so that cooking is slow.

Add about a quart of water to the saucepan and bring it to a boil. You will be using about two sticks of butter, which you will place in the boiling water. Stir it consistently. As soon as you melt the butter and mix it to a blend, you should add roughly seven grams of seedless cannabis, which you should make sure is chopped finely. Stir in the cannabis and then cover, turning down the heat to a simmer. Leave for about forty five minutes, but make sure you continue to stir the mixture frequently. Remove the saucepan then and leave it to cool for about six hours, stirring it every half an hour.

You should then have the mixture reheated once six hours has passed, after which you would separate the cannabis from the mixture by straining it in a bowl. Put in the refrigerator for about an hour until the butter hardens. Now you are ready to use your butter to make your edibles.

You can use your cannabutter in various recipes. If you want to learn how to cook with marijuana and create cannabis products, visit the Cannabis Training University today.