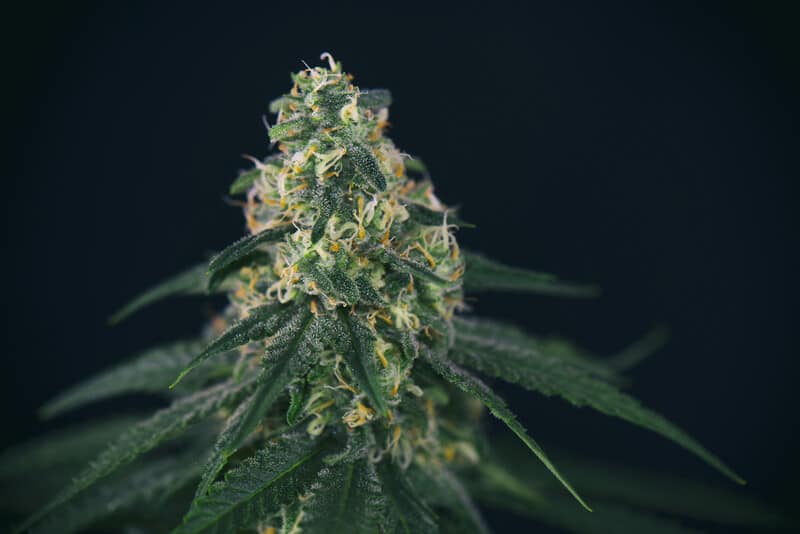 Orange Cream is a strain that can change the lives of those that use it due to it being a perfect remedy for insomnia. The fact that it delivers in the taste department is just an added benefit. The strain is relatively potent as well although it is not as strong as some THC monster strains which are currently being bred.

Marijuana has become incredibly diverse in today’s world due to genetics exploding. Plants have a number of flavors that were not available in the past. Below will be all you need to know about the Orange Cream strain.

Orange Cream is a 70/30 Indica-dominant hybrid of Ice Cream and Orange Crush. You won’t ever have to rely on another strain to help you fall asleep. Keep some snacks around as you will relax into a calm state of hungriness. The strain can be used during the day if you don’t have to do anything detail-oriented.

Ice Cream truly is delicious with notes of vanilla and pine. The potency also delivers which is why this strain has won multiple awards. This strain can be difficult to conceal as it truly has the aroma of pungent skunk.

Orange Crush strain can truly pack a punch with its THC content measuring at up to 22 percent. The strain tastes like spicy orange with notes of other citrus fruits. This is the perfect wake and bake strain as it can add to creative focus.

Orange Cream can be grown indoors or outdoors even though outdoor grows will yield more. The strain can be difficult to grow so experienced growers should take a shot while others might not want to try their luck. You could impact the yield negatively in a number of ways if you are unsure what environment this strain will thrive in.

Yield is going to be impacted by seed quality and growing setup. Planting a strain that flowers for a long time too late can drive the yield down and potency if you harvest far too late. The right nutrients can help increase the yield but too many can actually be a negative thing.

The flowering time of Orange Cream is 40 to 50 days which is incredibly short when you consider its healthy yield. Finding strains that are ready for harvest with this short of a flowering period can allow for growers to stagger their harvests.

The appearance of this strain is dense nugs with amber hairs and a covering of trichomes. The hairs are abundant enough to give the strain an almost orange appearance.

The THC percentage of Orange Cream comes in at around 20 percent. You can expect this strain to be strong enough for any cannabis consumer that mainly smokes flower. Expect that tingly buzz that washes over your body as you feel complete relaxation as your worries melt away.

Flavor And Aroma Of Orange Cream

The flavor is what everyone is here for as Orange Cream tastes like a citrus cream with a sour hint. The aroma is citrus and more specifically orange which is not a surprise due to its name. The terpene profile is dominated by Sabinene, Phellandrene, and Carene.

Sabinene is going to have a spicy kick with hints of mint and pine. This terpene has anti-inflammatory properties and has even been known to calm an upset stomach. Strains that contain this terpene are Chocolate Thai and Mendo Purps.

Phellandrene is responsible for the citrus flavors in the strain as well as a hint of pear. Strains that contain this terpene have been known to help with an upset stomach as it is an ingredient in remedies overseas. Strains that are high in this terpene include Berry Bomb and Bay Dream.

Carene has an earthy taste and lemon scent. The strains with this terpene can help immensely with inflammation problems. Strains that are high in this terpene are Guava and Strawberry Cough.

Finding strains that you truly love in terms of taste can allow you to have a sweet teat with various effects. Strains that are similar to Orange Cream’s flavor are Black Cherry Soda and Golden Pineapple.

Marijuana has changed the lives of a number of people that couldn’t find relief from pharmaceuticals. Others have switched to weed-based medicine due to the long-term side effects being little to none depending on your method of consumption. Orange Cream can help with the following medical conditions:

The CBD levels in Orange Cream are reasonable although you will likely need a bit more daily. The cannabinoid profile is diverse which can lead to relief to the conditions above. Do not count marijuana out when it comes to treating something that you struggle with regularly.

Orange Cream is a strain for those people that love Indica effects. People that want to be energized should avoid this strain and reserve it for the end of the day. Growing the strain can be a challenge but those with experience can appreciate its short flowering time and decent heavy yield.

Growing marijuana really differs in difficultly depending on the strain being grown. Starting out with relatively easy strains to grow is always a good idea. Mixing these in with difficult strains can ensure you have a yield which might not be the case with all difficult strains.

Cannabis Training University can teach you how to grow premium marijuana that could eventually earn you a job in the growing weed industry. We offer online marijuana growing courses so you can start growing marijuana that impresses anyone that smokes it. The courses will take you through every portion of the cultivation process so there is no longer any guesswork during your grows.