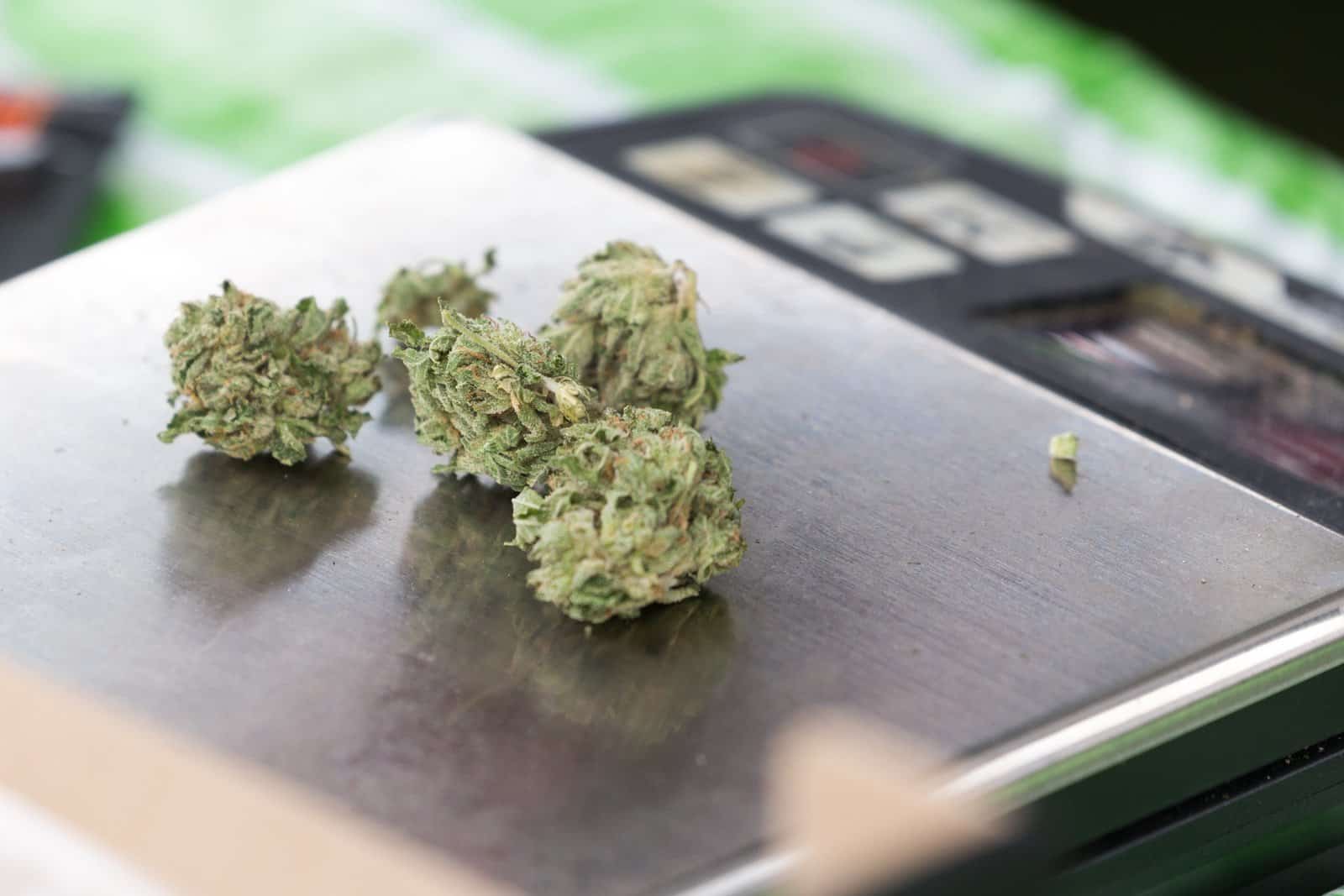 When you go to a marijuana dispensary, do you ask the budtender for a certain dollar amount of weed or refer to the cannabis measurements provided? As a cannabis consumer, it's important to understand the unique measuring system and slang commonly used at dispensaries.

You shouldn't have to feel embarrassed about buying cannabis for the first time. You might not even understand when the budtender tells you how much it costs for an ounce of your favorite marijuana strain. And that is OK.

Not everyone will know how to buy weed right off hand, but you can let the bartender know that you are new to cannabis measurements. It might take you time to learn, but always ask questions if you are unsure.

Understanding cannabis measurements can be a learning process. The metric system itself, though it has been around for a while, takes some getting used to. However, you can easily learn it and be ready to make a wise cannabis purchase in no time.

We hope that you will find this article helpful, and we will try our best to explain it in a simple format. You could also seek an explanation from the budtender at your local cannabis dispensary. You should not feel bad if you don't get it the first time around. It might take some time for you to understand the jargon and the conversion method of cannabis measurements. Before long, you could be talking like an avid user once you get the gist of it.

To complicate matters, dispensaries round down when converting ounces to grams. For example, one ounce of cannabis is technically 28.35 grams. At a dispensary, one ounce will be rounded down to 28 grams.

If you are new to the cannabis world, you may not know all the jargons that avid users use. For example, your budtender might refer to weed as Mary Jane, bud, ganja, or chronic, for example.

Other jargons that you might not yet know are eighth, ounce, full O, dime, quarter, dub, and Z. Dime and Dub is another jargon for $10 or $20 worth of cannabis. An eighth, half or quarter is between 3.5 grams to 14 grams. An ounce, Z or full O is twenty eight grams.

While slang cannabis terms are usually used by black-market dealers instead of budtenders at licensed dispensaries, you may hear these terms being used there, too. Here is a quick primer on common slang terms for cannabis measurements:

The maximum amount medical or recreational users can buy varies by state, product category, timeframe (daily, 14-day period, monthly, etc.), and even between medical and recreational programs. Generally, medicinal users are able to buy larger amounts of weed at a time compared to recreational users.

It’s important to note the difference between purchasing limits and possession limits. Possession limits are the maximum amount of weed that a user can possess. In some cases, users can possess more weed at home than outside.

What are the most common weed measurements used at dispensaries?

In a rush? Here's a handy reference guide for common weed measurements:

A gram is the smallest amount you can buy at a dispensary. Grams are a good choice for users who want to try a different strain or those who are not regular users. It can be enough to fill a standard joint or two smaller joints, if you’re the only one smoking. A gram is enough to fill between 2-3 standard pipe or bong bowls.

An eighth refers to an eighth of an ounce of weed, or 3.5 grams. An eighth is the most popular cannabis quantity and one of the lowest amounts available at dispensaries. For most users, an eighth is enough to last them for a good while (at least a week) before they have to stock up again.

If someone talks about a quarter of weed, they are referring to a quarter of an ounce, also known as a quad or quarter, weighing about 7 grams. A quarter is equal to two eighths of weed. A quarter ounce is a perfect amount for a large gathering with friends.

A half is short for a half-ounce of cannabis, or 14 grams. A half-ounce, also called half a zip, is equal to two quarters or four eighths. Half ounces and higher weed amounts usually are a better deal than smaller amounts.

An ounce, also called a zip, refers to 28 grams of cannabis. In most legal states, an ounce is the most you can buy at one time. Buying an ounce of cannabis at a time, if possible, can get users the best bang for their buck compared to buying smaller amounts.

A quarter-pound, also known as a QP, is not commonly available for cannabis users, only for licensed operators (retailers, processors, etc.). A quarter-pound is equal to four ounces or 112 grams of cannabis. In most states, possession of a quarter pound of cannabis is prohibited.

A pound of weed is not available for purchase by cannabis consumers. Only growers and retailers are able to buy such large quantities. A pound of weed contains 16 ounces of cannabis or 448 grams.

Cannabis-infused edibles are measured in milligrams for the entire package. Some edibles like mints and gummies may list the number of milligrams available per serving. Generally, edibles have a limit of 100 mg of THC.

Learn How to Grow, Buy, and Use Cannabis at CTU

World-class cannabis education is just a click away. Cannabis Training University is the world's most renowned industry training institute, offering students of all skill levels from around the world an affordable and comprehensive higher education on all things cannabis.

Quality cannabis education can help students grow their hobbies or careers in cannabis. To learn more about cannabis measurements and so much more, check out Cannabis Training University's online marijuana courses for all your cannabis learning needs.