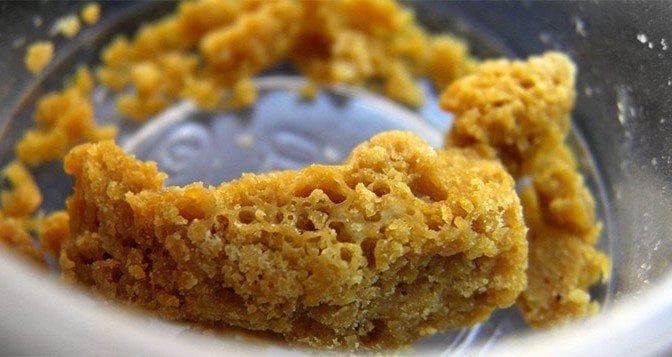 What Are Dabs, How Are They Made, and How Do You Use Them?

What are dabs? Whether you’re a seasoned cannabis connoisseur or a newbie, you’ve probably heard a lot of talk about dabbing lately. Simply put, dabbing is a method of consuming concentrated cannabis extracts (also known as concentrates) for medicinal or recreational purposes.

Based on all the hype, one would think a completely new, recently developed method of consuming cannabis. However, it’s not new at all. In fact, dabbing, in its modern form, has been around for at least a decade. Cannabis resin has been used for thousands of years for medicinal and spiritual purposes.

Recent advancements in technology have improved cannabis extraction techniques. The market is being flooded with new cannabis concentrates featuring a full spectrum of therapeutic compounds.

However, before you partake of this trend, it’s wise to learn more about what dabs are, how they are made, how they are consumed, and what types are available to have a safe experience.

The short answer is that dabs are concentrated doses of cannabis that contain high levels of tetrahydrocannabinol (THC) and other cannabinoids such as cannabidiol (CBD), cannabinol (CBN), and more.

In some cases, an extracts THC or CBD content can be as high as 90%, which is a great deal higher than the level found in a joint or a bowl of flowers. This makes it a powerful medicine that offers long-lasting relief from chronic, or severe pain, extreme nausea, and inflammation.

A dab is like a tiny, super-charged dosage that medicates the user quickly and effectively and eases painful symptoms.

Dabs are also widely used by recreational cannabis users because consuming even a small amount of the extract results in a fast, intense high. So next time someone asks you what dabs are, you can tell them they are concentrated doses of cannabis.

How Are Dabs Made?

Traditionally, hash has been made using either dry or wet sieves to separate the trichomes, those tiny crystal-looking hairs, that cover cannabis flower buds. These lovely little resin glands hold on to all the therapeutic compounds of the cannabis plant.

However, dab makers use a solvent, such as butane or carbon dioxide to extract the THC (or other compounds) from flowers. The plant material is “blasted” with the solvent, and then the solvent is purged, leaving behind a potent glob of concentrated cannabis.

Although some brave souls do attempt to make dabs in their homes, it’s not well advised. Remember, you’re dealing with flammable and potentially explosive substances. It’s best to leave this delicate process to a professional extractor.

How Are Dabs Consumed?

You can certainly combine extracts with your dry flower and smoke them in a joint, pipe, or bong with no problems. It is also very possible to use a vape pen to consume dabs. However, the typical setup for consuming dabs is a dab rig.

A bong outfitted with accessories such as a “skillet” or “nail” that replaces your current bowl is another alternative.

To consume the dab, users simply heat up the nail, or other accessory with a torch until it is very hot. The concentrate is then dropped onto the heated surface, and the smoke is inhaled through the bong or a rig.

When delving into the world of dabs, don’t let the terms trip you up. Cannabis extracts come in a variety of forms, such as shatter, budder, oil, or wax.

Shatter, so called because of its resemblance to a sheet of thin glass, is one of the purest forms of concentrate and ranges in color from clear to amber.

Cannabis dabs can also be found in a slightly liquid form, referred to as sap. Budder, oil, and wax are softer, more opaque versions, each earning their name from the consistency of the dab.

Dabs are also categorized by how they are created, falling under either solvent or non-solvent based extracts.

Solvent-based extracts can take on a variety of consistencies and colors depending on the  quality of the starting material, as well as the extraction and refining method.

Solventless extracts don't use any harsh and flammable solvents. Instead, they rely on manual separation of the trichomes from the cannabis plant material.

There is some controversy surrounding the use of dabs, namely the high potency of THC and the equipment and processes used in amateur extractions. In a lab-grade environment, creating cannabis concentrates is safe and effective.

However, unskilled extractors who use flammable solvents at home have an increased risk of creating an explosion when exposing the solvents to an open flame.

Pro tip:  Make solventless extracts such as kief and use a hair straightener to make rosin without any flammable solvents.

For low-tolerance users, dabs with a high THC content can cause side effects such as paranoia, anxiety, nausea, and dizziness. Opponents say that it’s impossible to gauge safe dosages of dabs; however, there is no evidence that this is an issue.

It’s not technically possible to overdose. However, inexperienced partakers may find themselves feeling uncomfortably high if they over-consume.

Pro tip: Check out our blog post on how to prevent greening out and find ways to come down after a bad dabbing experience.

Torches and water pipes are often associated with harder drugs like meth and crack, which strikes fear in the uninitiated.  Not only does dabbing look like a hard drug, but it can also scare off people who are afraid of using the blowtorch regularly. However, it's as easy and safe as using a blowtorch to make crème brûlée.

Pro tip: Modern electronic nails (e-nails) remove the need for a blowtorch, so users can conveniently and safely dab at the perfect temperature. In addition,  you can also invest in portable vaporizers that can allow you to consume on-the-go (and safely).

The techniques for producing dabs and the tools for smoking them may change, but they’re not going anywhere. Dabs have definitely earned a spot in the hearts and dab rigs of cannabis lovers everywhere. What are dabs? Dabs are here to stay!

Students at the premier cannabis training destination, Cannabis Training University learn everything they need to know about dabbing. From how to grow your own weed to how to make your own rosin, CTU can give you the knowledge you need to use and make dabs at home (safely). Enroll today to start your dabbing journey!