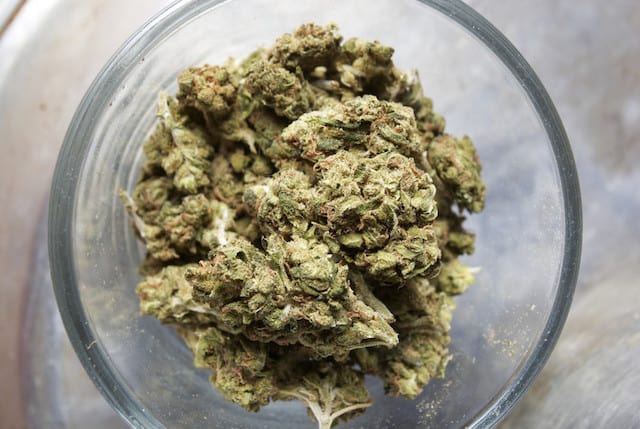 How Much Do Weed Gram Prices Vary?

How much do weed gram prices vary? If you’re a new or experienced cannabis user, you’re probably wondering how much weed costs. There is no clear-cut answer since it depends on a variety of factors including state laws, taxes, quality of weed, amount, among other things.

As a smart cannabis shopper, it’s up to you to research weed prices to get the best deal without compromising on the quality of your weed.

The times that we now live in have certainly changed, especially since many people began smoking pot and since pot has been legalized in many states across the nation.

The days are long gone where marijuana smokers had to meet up with a dealer to get an ounce of weed. Sometimes, it could be in a dark alley or behind that local pizza shop if they lived in a small town or city. That is no longer the case.

The fact that marijuana has been legalized means that we have undergone some major changes, especially in weed price.

How Much Do Weed Gram Prices Vary For The Dealer?

Before weed access laws became common place, it was standard procedure to purchase what you needed from a dealer. In those days, “marijuana strain” was not even a phrase used. Of course, many marijuana enthusiasts may have known about the existence of indica and sativa strains.

Some dealers may not have even known what kind of strain they were selling. In many cases, they just invented an impressive name for the buyer.

In addition, there was the huge elephant in the room – the weed price. Usually, cannabis enthusiasts would have to pay anything the dealer decided, especially if they wanted to develop a long term relationship with a dealer.

Even though cannabis is widely available in many states, many consumers are still opting to shop from black market sources. In some cases, it’s the only choice they have since their state doesn’t allow for legal cannabis sales.

In many cases, black market weed prices can be lower than prices of legal weed due to the restrictive taxes and regulations imposed on weed producers. However, consumers risk buying lower-quality (and sometimes dangerous) cannabis since these sources are not regulated and not required to test for purity and potency.

Today, thankfully, weed prices have been largely influenced by legal marijuana laws. The marijuana business world has changed the relationship between the marijuana consumer and the dealer. Now, the consumer does not have to ‘deal' with a dealer anymore since gaining access to legal marijuana dispensaries.

Now consumers do not have to risk being ripped off by drug dealers or getting the wrong (or tainted) cannabis strain for their ailments. Everything is done in a safe and legal environment.

In legal dispensaries, weed is usually measured in grams. The most common amount of weed sold is the eighth (3.5 grams). The basic measurements available in retail shops are:

Generally, the more you buy the cheaper the price per gram is. Now, let us look at weed price variations by state and what some states sell a quarter of weed or 7 grams of weed for.

Factors That Affect How Much Weed Gram Prices Vary

While an increasing number of states have legalized medical and/or recreational cannabis, there are differences in prices of weed flower (and infused products) based on a variety of factors. Demand for weed across the country is consistently high. Here are a few factors that influence the price of marijuana:

The cannabis industry in the United States is governed by a patchwork of cannabis access laws since cannabis is illegal on a federal level. In addition, state and local laws can also differ.

In some states, cities have the option of banning commercial cannabis activity. Cities may pass unique laws and regulations that affect how cannabis is grown, processed, and sold, which can affect its price.

Some jurisdictions may have limits on how many dispensaries, cultivators, and processors may be licensed. In low supply markets with license caps, the prices may depend on the supply more so than the product’s potency or quality.

In states with unlimited licenses, the prices for wholesale cannabis may be mainly influenced by the supply.

In addition, state and local taxes significantly affect the cost of cannabis for producers. For instance, California’s excise and cultivation taxes drive up the cost of weed compared to states with less restrictive taxes.

One of the main factors that influence the price of weed is how it’s grown. Is it grown indoors, outdoors, or in a greenhouse environment? Indoor-grown cannabis is usually the most expensive due to the increased energy costs necessary to replicate the natural outdoor environment needed for plants to grow.

Outdoor-grown cannabis is usually the cheapest, while greenhouse-grown weed falls somewhere in the middle. For outdoor weed, the prices can also vary depending on the growing season, especially during harvest in the fall.

Quality of the Weed

Finally, cannabis prices are influenced by the quality of the material itself. While all cannabis flower buds are tested for potency and contaminants, there are tiers of quality ranging from low end to high end weed.

On the low end, weed may have lower potency and bag appeal. Higher end weed may be produced in small batches and boast a high resin content (flavor, aroma, potency) and look very photogenic.

Each state has unique marijuana laws and guidelines as it relates to affecting the weed price for both medical and recreational reasons. Here are some of the prices (per quarter of an ounce), which will slightly vary for each state:

How Much Do Weed Gram Prices Vary in Different Countries?

Weed prices are also different in each country around the world. Here are samples of how much 1 gram of cannabis costs in different countries:

Prices per gram of weed are hard to determine in countries without legal cannabis. The prices listed above are based on the United Nations Office on Drugs and Crime’s World Drug Report.

Weed prices are always changing, and vary in price based on the state or country (and store).. Weed prices may also fluctuate based on location, quality, and time of year.

To get the best bang for your buck, it’s important to research your local cannabis market to determine the average price and choose a shop (and brand) that offers competitive prices. Learn more about weed prices and the industry, in general, at the Cannabis Training University, the leading cannabis college.