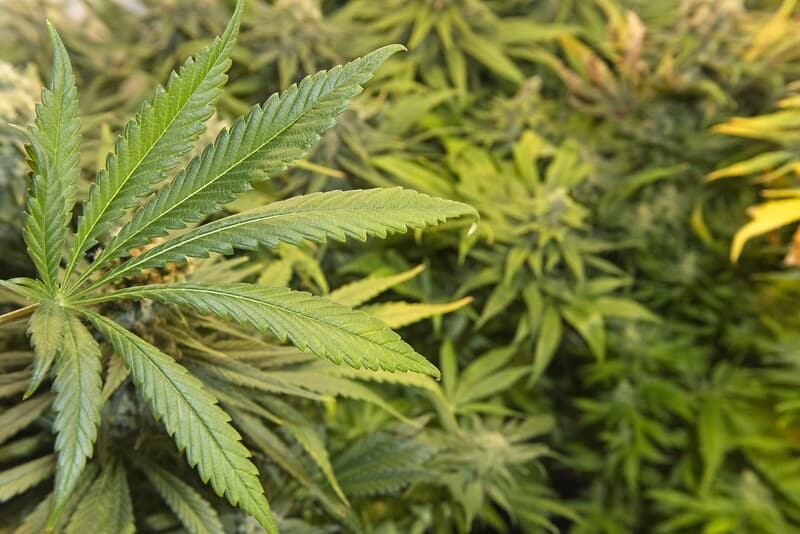 The Citral Glue strain is one that seems to deliver on all fronts. The lineage is impressive as the parent strains are extremely potent with more than 25 percent THC each. Breeders continually drive the potency up while improving the flavor of a strain.

The following will inform you on all you need to know about the Citral Glue marijuana strain.

Is Citral Glue strain and Indica or Sativa?

Citral Glue is a 60/40 Indica-dominant hybrid of Citral Skunk and Gorilla Glue #4. You are going to be in a classic haze so make sure you do not need a clear mind for anything after consumption. The high is extremely heady and will give you laughing fits that stoners are known for.

Citral Skunk can be perfect as a wake and bake strain although it might be too potent for a number of smokers at up to 28 percent THC. Expect a flavor of citrus, fruity, and skunk. Your body will be relaxed as your mind while your brain is perfectly stimulated.

Gorilla Glue #4 has been measured with up to 34 percent THC. The strain will leave you sedated beyond all recognition as you will be figuratively glued to the couch. The strain has a number of hybrids as it is very popular to use Gorilla Glue to ramp up the potency of a hybrid.

You are likely going to encounter a huge challenge growing this strain outdoors. Indoors you can expect around an ounce per square foot. This does depend on how much space you have to grow along with other factors like seed genetics.

A grow diary is so important to keep for the various strains that you grow. You might forget some details of growing like that of your watering schedule. You want to be able to replicate the grows of a strain that you easily could have mistaken for quality dispensary weed.

The flowering phase lasts 7 to 10 weeks which is a massive range. The appearance is appealing with bright green nugs that have a purple tint. There are also amber hairs along with trichomes that are purple in appearance.

Citral Glue is a great strain to grow due to its potency which will be discussed below. Challenges are present when growing this strain that come in the form of concealing the strain and knowing when to harvest. The pungent aroma can make it very difficult to hide an outdoor grow as security could be a priority for your plants.

Citral Glue is quite potent which isn’t a surprise due to its lineage with the strain coming in at 20 to 24 percent THC. The sharp citrus flavor might lead you to consume far more than you would of other strains.

The flavor of Citral Glue will be of diesel, grape, and citrus. The aroma is pungent and dank. The terpenes in this strain are Humulene, Valencene, and Bisabolol.

Humulene is a terpene you’ll want when you want to unwind mentally and physically. Gushers and Jack Frost are two popular strains with this terpene.

Bisabolol has a floral aroma and the ability to help decrease anxiety. Headband and Master Kush are two strains that sport this common terpene.

Prices of weed differ between dispensaries and states. Products like that of hash rosin can be immensely expensive along with other concentrates when compared to flower. Concentrates can allow a consumer to really taste the flavors of the terpenes that are present.

Citral Glue feminized and autoflowering seeds are available. The truth is that you will not be able to have these seeds mailed in a legal fashion. It is illegal to have a seed bank send seeds but there are banks that will still do this.

Head to a dispensary or put an alert on your phone for a certain strain’s products. Seeds can be a part of these products but it is always better to befriend a dispensary employee. Getting a call when a rare strain comes into inventory can allow you to procure the best and rarest products the dispensary offers.

Marijuana has helped so many people with common health conditions. The beauty of this is that the plant is natural unlike a number of pharmaceuticals. Citral Glue can help with the following medical conditions:

The CBD content of Citral Glue is not very high at all topping out at well under 1 percent. Cannabinoids help potentiate the effects of one another by working together. Cannabinoids can help a consumer maintain homeostasis in certain cells of the body.

Citral Glue is a strain that you will likely encounter if you head to the dispensary consistently. The difficulty of cultivation of this strain might make the quantities at your local dispensary a bit small. You should definitely try to grow this strain if you are looking for a true challenge.

Citral Glue is a strain that you need to try if you enjoy GG4. What is a Gorilla Glue hybrid that you enjoyed in the recent past?