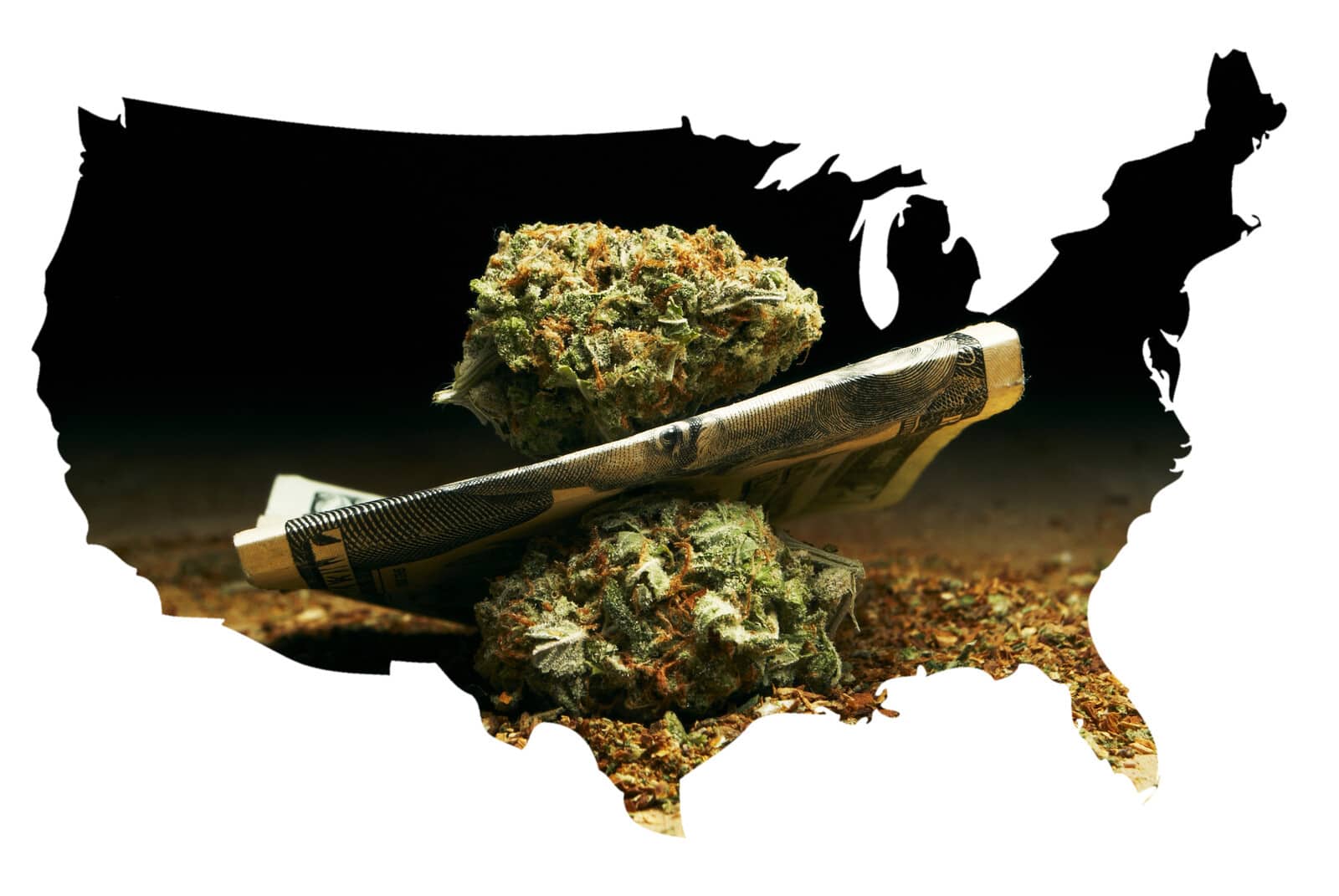 Medical Marijuana laws for every marijuana state are always changing. The laws surrounding marijuana can be confusing, and understanding these laws in each state is ever-changing.

Much of the difficulty comes from the fact that the Federal Government continues to consider non-medical marijuana illegal.

Moreover, until very recently even medical marijuana was prohibited at the Federal level. The government has also made clear that it will no longer use Federal resources to enforce marijuana laws with the exception of drug trafficking.

Despite the recent change, many states have taken it upon themselves to enact marijuana laws long before this Federal policy was enacted. Further complicating the confusion is that marijuana laws continue to change at the state level making it challenging to follow just where cannabis for medical use is approved.

Currently, 23 states have enacted marijuana laws. However, not all laws are equal. Below is a quick reference guide to the 23 medical marijuana states that have legalized medical marijuana at the current time. This list only relates to medical, and not recreational marijuana.

Alaska:
Alaska passed medical marijuana legislation in 1998 as one of the earlier states to do so. The laws were passed by ballot measure with 58% in favor. Alaska set their possession limit at one oz. of usable marijuana, as well as six plants (three mature and three immature).

Alaska also has the distinction of being the third US state to pass legislation regarding recreational marijuana as well. The ballot measure became effective in late February of this year and allows residents to keep marijuana from up to six plants on private property. Currently, sales are still prohibited.

Arizona:
Arizona joined the medical marijuana movement in 2010, passed through Proposition 203 with a tight 50.13% in favor. Possession limits were set at 2.5 oz. of usable marijuana and up to 12 plants.

California:
California was the first state to legalize medical marijuana, doing so in 1996 through Proposition 215. The measure was passed by 56% and set possession limits at eight oz. usable and six mature or 12 immature plants.

Colorado:
Colorado rang in the new millennium with the passing of their laws through a ballot amendment. The measure passed with 54% in favor setting a possession limit of two oz. usable and six plants (three mature and three immature).

Connecticut:
In Connecticut, medical marijuana was legalized by a house bill in 2012. The limit was set for a one-month supply. However, an exact quantity limit has yet to be determined.

DC:
An amendment act in 2010 paved the way for medical marijuana in our nation's capital. Its limit was set at two oz. of dried marijuana. Limits in DC on other forms of cannabis have not yet been finalized.

Delaware:
In 2010, Delaware set a possession limit of six oz. of usable marijuana following the passing of a Senate bill in 2011.

Hawaii:
Hawaii was also a Y2K state, approving a Senate bill regarding the use of medical marijuana. Limits are set at three oz. usable and seven plants (three mature and four immature).

Illinois:
The “Prairie State” also approved a Senate bill that allowed for possession of 2.5 oz. of medical marijuana within a period of 14 days. The measure was a more recent victory in Illinois, passing in 2013.

Maine:
Maine, through a ballot question, legalized medical marijuana in 1999 by a margin of 61%. 2.5 usable oz. and six plants were set as the possession limit.

Maryland:
The state of Maryland allows a 30 day supply with the amount yet to be determined. This measure was passed through a House bill just last year.

Massachusetts:
In Massachusetts, medical marijuana had been legal since 2012 when a ballot question passed with a 63% approval rate. The law calls for a 60 day supply of marijuana for personal use only.

Minnesota:
Minnesota, along with Maryland and New York are the most recent to approve changes in marijuana legislation. In 2014, a Senate bill was passed allowing for a 30 day supply of non-smokable marijuana.

Montana:
Medical marijuana has been legal in Montana since 2004 when Initiative 140 was approved with 62% favoring the changes. Limits allow one oz. of usable marijuana, four mature plants, and 12 seedlings.

Nevada:
A ballot question passed with 65% approval in 2000 in Nevada. The limits were set at 1 oz. of usable weed and seven plants (three mature and four immature).

New Mexico:
New Mexico approved a Senate bill in 2007 regarding medical marijuana use. The bill allows for six oz. usable and 16 plants (four mature and 12 immature).

New York:
A New York Assembly Bill was approved in 2007. Possession limits are defined as a 30 day supply of non-smokable marijuana.

Oregon:
Oregon was another early proponent of medical marijuana legislation, passing a ballot measure with 55% in favor in 1998. The measure allows 2.4 oz. usable marijuana and 24 plants (six mature and 18 immature).

Oregon is also the most recent state to adopt legislation legalizing recreational marijuana. The new law allows for individuals to have up to eight ounces of pot in their homes or one ounce outside the home. The new law was signed into effect on July 1st by Governor Kate Brown.

Beginning October 1st, medical dispensaries will be permitted to sell recreational marijuana in small amounts. This provision for sales will end on December 31 of 2016, so it will be interesting to see what legalities will be enacted between now and that time.

In any case, it is a big step for recreational marijuana proponents and another sign that the country is on the verge of many lucrative opportunities in the cannabis industry.

Rhode Island:
A Senate bill in 2006 was approved, paving the way for legalized medical marijuana in Rhode Island. Possession limits include 2.5 oz. of usable marijuana and 12 plants.

Vermont:
Vermont legalized medical marijuana in 2004 via Senate bill. Their limits are held at 2.5 oz. of usable marijuana and nine plants (two mature and seven immature).

Washington:
Washington was also one of the early drivers passing legislation in 1998 through Initiative 692. Possession limits in “the Evergreen State” are set at 24 oz. of usable marijuana and 15 plants, making it one of the more friendly medical marijuana state.

As legislation continues, and the country continues to trend toward legalization, it is likely that more states will be added to this list. This relatively recent shift in policy makes right now an exceptional time to learn the medical marijuana trade and start a rewarding and profitable career.

The cannabis training destination. We've trained thousands of individuals in over 20 countries, providing our graduates with a Master's Certificate and the knowledge needed to grow successfully medical marijuana and find employment within the industry.