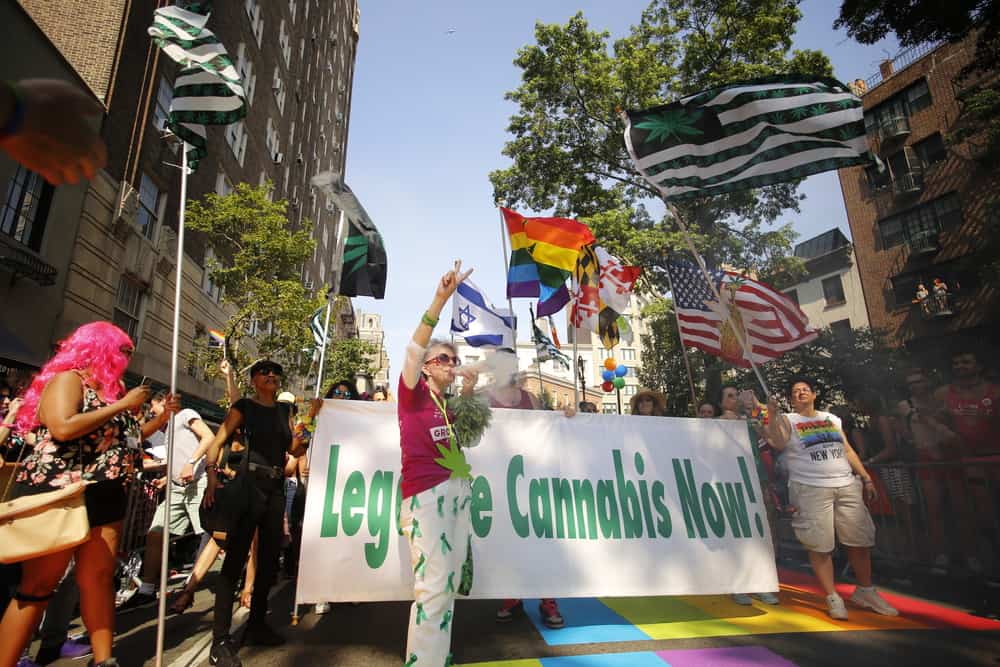 Is Weed Legal in New York?

Is weed legal in New York? Yes, but only for medical use. The state fought hard to make weed legal. It hasn't won the fight yet.

No, recreational cannabis is not legal. No one is allowed to possess, buy, or sell cannabis.  However, New York has decriminalized possession of small amounts.

New York's cannabis history starts in 1914. At that time, the state required a prescription to buy marijuana. In 1927, New York banned the drug, even for medical use.

Despite the ban, New York City became a hub for marijuana cultivation. The city produced about 41,000 pounds of cannabis before 1951. At that time, the state destroyed cannabis farms in the city.

In 1939,  New York City mayor Fiorello LaGuardia approved an investigation on how cannabis affects the city. The committee found that cannabis was not a gateway drug. Cannabis did not lead to addiction or juvenile delinquency.

In 1973, New York Governor Nelson Rockefeller cracked down on the possession and sale of marijuana. New York increased the penalty for selling two ounces of cannabis or possessing four ounces. The new penalty was a minimum of 15 years in jail and a maximum of 25 years.

In 1977, New York decriminalized possession of up to 25 grams of marijuana. The law reduced the penalty to a $100 fine. Possession in public view was still a misdemeanor. Cops used this loophole to justify arrests.

In 2018, Governor Cuomo approved a study on the effects of marijuana for adult use. The study examined the legal, social, and economic effects of legalization. In the final report, the Department of Health recommended to legalize cannabis.

As a result, the state lowered marijuana possession charges in 2019. The charge went from a misdemeanor to a fine. The state also removed criminal penalties for possession of up to two ounces of marijuana. The law set up a pathway for the expungement of prior marijuana convictions.

Today, New York is closer than ever to marijuana legalization.  Unfortunately, the COVID-19 pandemic has put the effort on hold.

Governor Cuomo said marijuana legalization will have to wait until next year.

Yes, medical cannabis is legal in New York. The law allows qualifying patients over the age of 18 to use marijuana.

The law allows medical patients to buy up to a 30-day supply of cannabis. Patients can buy  liquids, capsules, sprays, oils, and vape products.

New Yorkers may not buy edibles or smokable forms of cannabis.

How to Get a Medical Cannabis Card in New York

When you have a cannabis recommendation, you can register online. You must pay a $50 application fee.

During the application process, you can choose up to two caregivers.  The caregivers must register online and pay a fee.

If you are a minor, your parents can help you apply for a card. Parents and legal guardians must be over 21 years old.  Minors can have up to two caregivers at a time.

Once approved, the Department of Health issues a temporary medical card. You can use this card until your registry card comes in the mail.

Doctors can recommend medical cannabis for the following conditions:

The condition must also include one or more of the following conditions:

Are Hemp and CBD Legal in NY?

The 2018 Farm Bill regulated hemp production across the country. As a result, many states have increased their hemp farming. New York is one of those states.

Governor Cuomo signed a bill in 2019. The bill regulates the manufacture and sale of hemp extracts. New York has some of the strictest labeling and testing requirements for CBD in the United States.

Despite these regulations, New York is ready for a hemp revival in the coming years.

Are you ready to start your cannabis education? Looking to start a marijuana business in NY? Want to open a dispensary in New York?

Enroll in CTU’s New York cannabis college to learn from the pros. Our courses teach you the state’s latest laws and more.