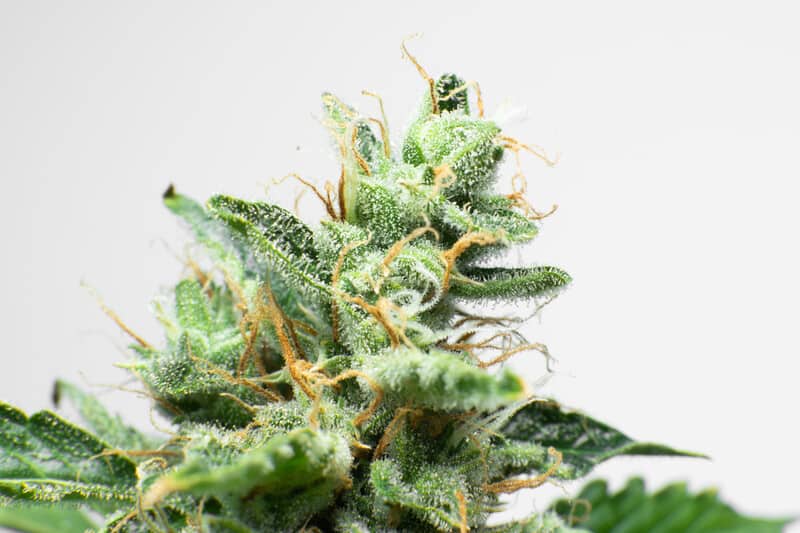 The Goji OG strain is widely acclaimed due to its effects. The strain is just another example of what can be accomplished when combining two potent strains. The appreciation that consumers should have for marijuana of today versus the past should be unparalleled.

The strain might be incredible in terms of effects but might be too potent for a majority of smokers. Below will delve into what you need to know about the Goji OG marijuana strain.

Is Goji OG strain an Indica or Sativa?

Goji OG is an 80/20 Sativa-dominant hybrid of Snow Lotus and Nepali OG. The effects of the strain are true to its lineage as it is going to be great for those lacking energy. You will have a happy high that is often accompanied by a pang of hunger.

Snow Lotus could be named after the frosty appearance which is very attractive. The balanced hybrid will allow you to focus and relax without sedation. You might find yourself energized depending on the flower that you purchase.

Nepali OG is extremely potent at up to 24 percent THC which means it is not for beginners. The strain is a pure Indica so expect relaxation and possible sleep. Don’t make any plans with this strain as you are unlikely to get off of the couch.

Goji OG can be grown indoors or outdoors. You want to stabilize the branches though as the strain has a tendency to grow towards the light source.

You can expect 1 to 2 ounces per square foot indoors. Outdoors you will see a much larger yield with up to 20 ounces harvested per plant.

Growing certain strains can present problems as some strains are far more durable than others. There are strains that just need light and water and to be left alone. Others require training and trimming to increase the overall yield.

The flowering phase of Goji OG lasts 8 to 9 weeks. The strain is not the most attractive as it almost looks like moss with hues of brown and white. Do not let the appearance fool you as this is a strain that you need to try in the near future.

Planting strains that have similar flowering phase times can be important. You want to be able to handle the harvesting all at once rather than every weekend for a month. Planting strains that will thrive under almost identical conditions can also make growing far more convenient.

Goji OG strain is not for those that have not tried potent strains before with 22 to 26 percent THC. The balanced high is nearly unmatched in the entire cannabis industry. The strain has a loyal following due to those enjoying the effects in such a massive way.

Flavor And Aroma Of The Goji OG Strain

The flavor of this strain includes berry, cherry, and strawberry. The aroma is of dank cherry. The dominant terpenes in Goji OG are Limonene, Phellandrene, and Camphene.

Limonene has the flavor and aroma of citrus. When in combination with CBD, this terpene can give a consumer energy and provide relief for anxiety and depression. Strains that contain this flavorful terpene include Blue Dream and Mimosa.

Phellandrene has been linked with increasing energy and decreasing pain levels. Expect a flavor of citrus, wood, and mint. Jack Herer and Ace of Spades both contain this terpene.

Camphene has been used for various things throughout history. The terp can help decrease pain and inflammation. Two strains that contain this terpene are Wedding Cake and Strawberry Diesel.

Prices will fluctuate immensely over the course of the year. Cultivators can grow outdoors in the summer while the rest of the year cultivators are limited to indoor grows. Taxes also differ by state with some states having far more affordable weed than others.

Goji OG has seeds available online at Bodhi Seed Bank among others. The truth is that these banks cannot legally send cannabis seeds in the mail. The unfortunate fact is that they are still sent with some customers not realizing they are risking legal trouble to get weed seeds.

Finding seeds in a legal state can be a challenge but is not impossible. Those living in illegal states would have to do something illegal to acquire the seeds. Head to the dispensary if possible or contact a local grower to see if they have any Goji OG clippings.

Cannabis is a quite powerful plant that has a number of medical applications. The beauty of the plant is that the body naturally has an endocannabinoid system that interacts with compounds in cannabis. OG can help with the following medical conditions:

The CBD content in Goji OG is not very high although the strain has a multitude of medical applications. Take the time to research each strain you intend on trying if you are attempting to find relief. Do not underestimate the ability of cannabis to improve your quality of life.

Goji Og is a strain that you will have to try as so many consumers have a tough time describing the high. You will truly be amazed by the unique effects of this strain. Growing this strain might be better reserved for those with experience as there are a few different aspects that could present a challenge.

Marijuana strain names are some of the most creative out of any other products in the mainstream market. Goji OG is not a wild name by any means but does remind you of a sweet berry. What is the sweetest strain that you have ever tried?