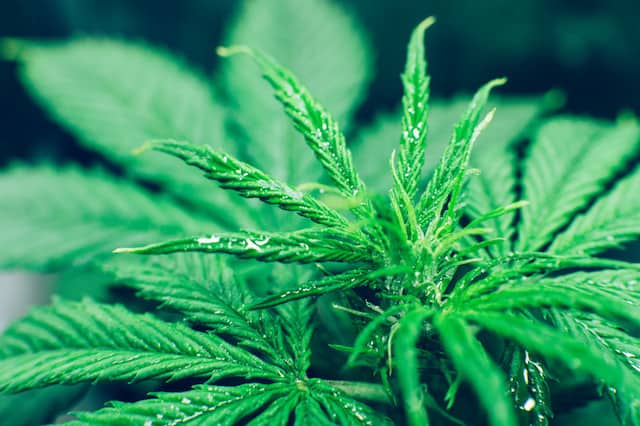 In this Snowman strain review, we’ll be taking a look at the GSC phenotype known as Berner’s Snowman. Berner, the famous cannabis breeder, and musician have brought many strains to widespread fame in recent years and this phenotype may be another addition.

Berner is part of the Cookies Fam team that is credited for creating Girl Scout Cookies itself and Gelato. Clearly, they have a lot to live up to each time they launch a new strain or phenotype. Let’s see if Snowman stands up to those ultra-high standards.

Is Snowman strain an indica or sativa? Berner bred this phenotype of Girl Scout Cookies and named it Snowman. It is a 70/30 sativa-dominant cannabis strain.

Most of us know what GSC is all about by now, but we can still go over the heritage of this legendary pot strain.

GSC itself normally leans more towards indica but still provides a well-balanced high. It’s the result of crossing Durban Poison and OG Kush. It’s won multiple Cannabis Cup awards and rewards consumers with a sweet pungency and potent euphoria that lends itself to a lovely relaxing experience.

GSC has many well-known phenotypes that have almost eclipsed the generic GSC name nowadays. While Berner’s Snowman isn’t on the highest level yet, it sure has its fans on the west coast. Some of the more widespread phenos of GSC include Platinum GSC and Thin Mint GSC.

Finding seed stock or clones of Berner’s Snowman can be quite difficult. Many seed banks don’t stock this newer cannabis strain, and only some nurseries have had access to these rare genetics.

Since GSC is so popular, you may find a different phenotype altogether labeled as Snowman if you aren’t careful and order from a less-than-reputable seed bank or nursery.

For now, it’s best to try and find some high-quality Snowman bud and score some seeds or clones when this phenotype becomes more common, as most of the Cookie Fam lineup has over time.

The growing information for Berner’s Snowman is mostly hearsay or a repeating of the typical yields and flowering times that GSC is known for. Unfortunately, we have to do the same thing since we don’t have enough information to confidently say the specific yields of Snowman.

An ounce of bud per square foot of plant in indoor grows is typical of GSC. Outdoor grows with GSC can expect 10+ ounces per plant. Since Snowman is a bit more towards the sativa side of the spectrum, the plants may grow a bit taller than that of the original GSC heritage.

GSC has a flowering time of 9-10 weeks, which is what should be expected with Snowman since it has the same genetics as GSC itself.

The buds are known to be large and coated in resin. They are dark green and appear so frosty with a coating of short trichomes that Berner probably took one look and named this phenotype Snowman. Thin orange hairs run throughout the bud but the trichomes are what shine beyond anything else on the crop.

If you are lucky enough to get your hands on a batch of this bud, you’ll most likely find THC levels between 18-23%. While it isn’t known, it is quite possible to find Snowman that is more potent than this as well.

The high is quite euphoric like that of typical Girl Scout Cookies. But, instead of a nice relaxing experience, this bud boosts creative energy and focus. The head high is known for amping up with introspective thoughts as it slowly creeps into a physical state of relaxation with the notable absence of sedation.

It is a good bud to smoke at any time of day, as the head high can be productive if you consume a reasonable amount. Evening use is sure to be enjoyable as well and the potency can induce sleepiness if you consume enough.

Snowman has an aroma and flavor that is quite similar to that of GSC, although it also features notes of fruity vanilla. It is usually dominated by the earthy kush and gassy essence that GSC has become famous for.

Berner’s Snowman is rich in Myrcene, Caryophyllene, and Limonene. Analytics has also shown an affinity for Linalool.

Caryophyllene is great for medicinal purposes because it fights the effects of inflammation in the body.

Limonene is great for reducing the effects of stress and anxiety.

Linalool is known for bringing on calming and relaxing effects when consumed.

The terpene profile seems very effective for fighting stress, which may be the bright spot for its medicinal potential!

While Snowman is still quite unknown to the national medicinal marijuana industry, GSC has become a favorite for medical patients. Those who enjoy GSC can certainly turn to Berner’s Snowman for relief from these conditions:

Snowman can serve as an all-day medicine, which makes it more convenient than pot strains that are relegated towards a certain time of day for full optimization of the medicinal benefits.

If you want to try Berner’s Snowman, you may be hard-pressed to find a source if you are outside of the west coast marijuana markets. Finding seeds or clones to grow your own Berner’s Snowman can be difficult as well, although it isn’t impossible.

They aren’t kept in stock as often as other more popular phenotypes of GSC like Platinum GSC or Thin Mints, so keep your eye out and pick them up whenever you get the chance.

If you want to start a career in cannabis with your growing knowledge of strains and phenotypes, check out our training course for Budtending. Here at CTU, we’ve helped thousands of people land their dream job in the weed industry!