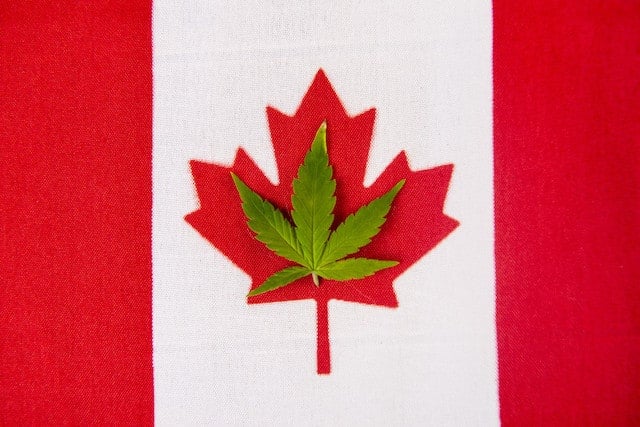 Once thought of as a gateway drug, cannabis shows tremendous promise as a potent supplement or alternative to opioids for pain relief. A growing body of scientific research suggests that marijuana reduces prescription opioid use and opioid deaths.

Since Canada became the second nation to legalize recreational cannabis on October 17, 2018, increased access to the drug has helped thousands of patients find pain relief while reducing the risk of dependence or an overdose.

A study published in Applied Health Economics and Health Policy titled “Opioid Prescribing in Canada following the Legalization of Cannabis: A Clinical and Economic Time-Series Analysis” found that “easier access to cannabis for pain may reduce opioid use for both public and private drug plans.”

Researchers from the University of Toronto analyzed national monthly claims data from January 2016 to June 2019 to determine the difference in opioid prescriptions and revenue before and after marijuana legalization in Canada.

Researchers evaluated data of over 80 percent of opioid and non-opioid drugs prescribed, including:

Over the 42-month period, researchers noted a steady decline in mean and median morphine equivalent doses (MEDs) per claim.

After cannabis legalization in 2018, researchers found a link between increased cannabis access and reduced opioid prescriptions and expenses in public plans.

Cannabis as a Pain-Relief Supplement or Alternative

In the United States alone, about 50 million adults deal with chronic pain, resulting in billions of lost wages annually and a significantly reduced quality of life. As a supplement or alternative to potentially deadly opioids, cannabis is seen as the future of pain medicine.

An observational study published in 2020 surveyed 1,145 registered medical marijuana users over six months across 21 clinics in Canada found that cannabis “significantly reduces the use of prescription opioids and improves quality of life.”

Studies have shown that cannabis access laws are linked with a decrease in opioid-related deaths. A study published in January 2021 in the British Medical Journal suggests that “higher storefront cannabis dispensary counts are associated with reduced opioid-related mortality rates at the county level.”

Based on the findings, “an increase from one to two storefront dispensaries in a county is associated with an estimated 17 percent reduction in all opioid-related mortality rates.” While correlation does not mean causation, these results are more evidence of the effects cannabis legalization has on drug use and misuse.

A study published in December 2020 in the Journal of Health Economics also found similar results after analyzing a dataset of over 1.5 billion opioid prescriptions between 2011 and 2018. Researchers found that increased adult-use and medical cannabis access was linked with a reduction of annual morphine milligram equivalent prescriptions from 11.8 to 4.2 percent, respectively.

In light of the opioid crisis around the world, medical cannabis use is a worthwhile alternative for patients who want to reduce or eliminate their opioid use. While there needs to be more research into the health effects of marijuana, many patients are already experiencing considerable relief from pain and even opioid use disorder.

If you want to learn how to safely and legally use cannabis as medicine, Cannabis Training University can provide you with a complete curriculum covering how cannabis works in the body, the different ways to consume it, and how to grow weed at home for personal use.

Enroll in the world’s most renowned industry training program today!