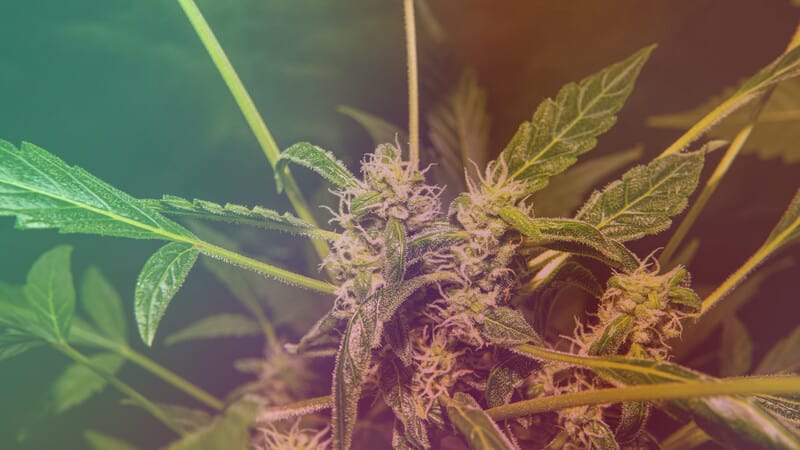 The Sour Apple strain is one that truly delivers on flavor when it is related to its name. The strain has two award-winning parents and lives up to its lineage. The strain can be enjoyed by everyone as it isn’t the most potent and its effects are quite enjoyable.

Sour Apple is an 80/20 Indica-dominant hybrid of Sour Diesel and Cinderella 99. Expect to be uplifted and focused at the same time while having a spark of socialibility. These great effects on the mind will be coupled with a relaxed body high that all cannabis consumer can enjoy. Expect a level of sedation but to also be quite happy about it.

Sour Diesel is the ultimate wake and bake strain as it can make a number of consumers more productive in the personal or professional lives. Expect the smell of diesel which is what this strain is named after. This is the ultimate Sativa and its effects are nothing short of incredible.

Cinderella 99 made the Top 10 Strains of 2009 in High Times Magazine. Expect a burst of energy that can be accompanied by increased creativity. This is another daytime strain that you can add to your daily routine.

Sour Apple can be grown indoors or outdoors although outdoors is recommended as the plants can reach up to 13 feet in height. The strain requires a warm environment with a moderate amount of humidity. This can be easy to mimic in a grow tent while outdoors it might be best to opt for a strain that thrives in your outdoor environment.

Yield is going to be impacted by seed genetics, growing environment, and the use of nutrients. Most growers want strains that are not only potent but have high yields. Even your soil mixture at the beginning of the grow will impact yield and bud density.

The flowering period of Sour Apple is 9 to 10 weeks.

The appearance of this strain is frosty as there is a covering of trichomes on these bright green nugs. There are amber hairs with dark green leaves which make this an incredibly attractive strain.

The THC percentage of Sour Apple is 14 to 17 percent. Expect the effects of this strain to last around 90 minutes so you don’t need to clear your schedule. The beauty of this strain is being able to get that burst of energy while maintaining a clear mind.

Flavor And Aroma Of Sour Apple

The flavor is going to be of apple and citrus. The aroma is of diesel and fruit. The terpene profile is comprised of Humulene, Camphene, Phellandrene, and Bisabolol.

Camphene has an aroma of pine and is found in a number of plants. This terpene has been linked with reducing inflammation and pain. Strains that are high in this terpene include Fruity Pebbles and Venom OG.

Phellandrene has a pleasing flavor and the aroma of mint, wood, and citrus. This terpene has been used around the world to help people that suffer from digestive problems. Strains that contain this terpene include Dream Berry and Strawberry Ice.

Bisabolol has a sweet floral aroma and has a wide variety of uses. This terpene can help fight infections and reduces inflammation. Strains that contain this terpene are Citral Glue at 26 percent THC and Chocolate Thai at 12 percent.

Finding strains with the same flavor but different effects can be useful. Strains that have similar flavors to Sour Apple are Super Glue and Super Sour Diesel.

Marijuana is a natural way to address a number of medical concerns that people deal with daily. Unlike medications, cannabis does not have side effects due to usage over the years. Sour Apple can help with the following medical conditions:

There is a healthy cannabinoid profile with Sour Apple even though the CBD levels are not wildly high. Cannabinoids work together with terpenes to provide relief for a patient.

Sour Apple is a strain that you should definitely invest in when you get the opportunity. The strain might not be the best for beginners to grow but it is great for them to smoke. This can be a strain that everyone can enjoy as it likely will not be overwhelming even for a beginner cannabis consumer.

This strain is going to be relatively difficult to grow especially if you do not have experience. Getting the help of a commercial grower can help you drive up your potency and yield simultaneously. Most experienced growers can look at a plant and tell you if it needs water or nutrients.

CTU offers individuals the opportunity to learn how to grow medical marijuana online. Learning how to grow better cannabis is all about education and being taught by professionals. Our faculty has won awards for growing around the country and have worked in the industry for decades.