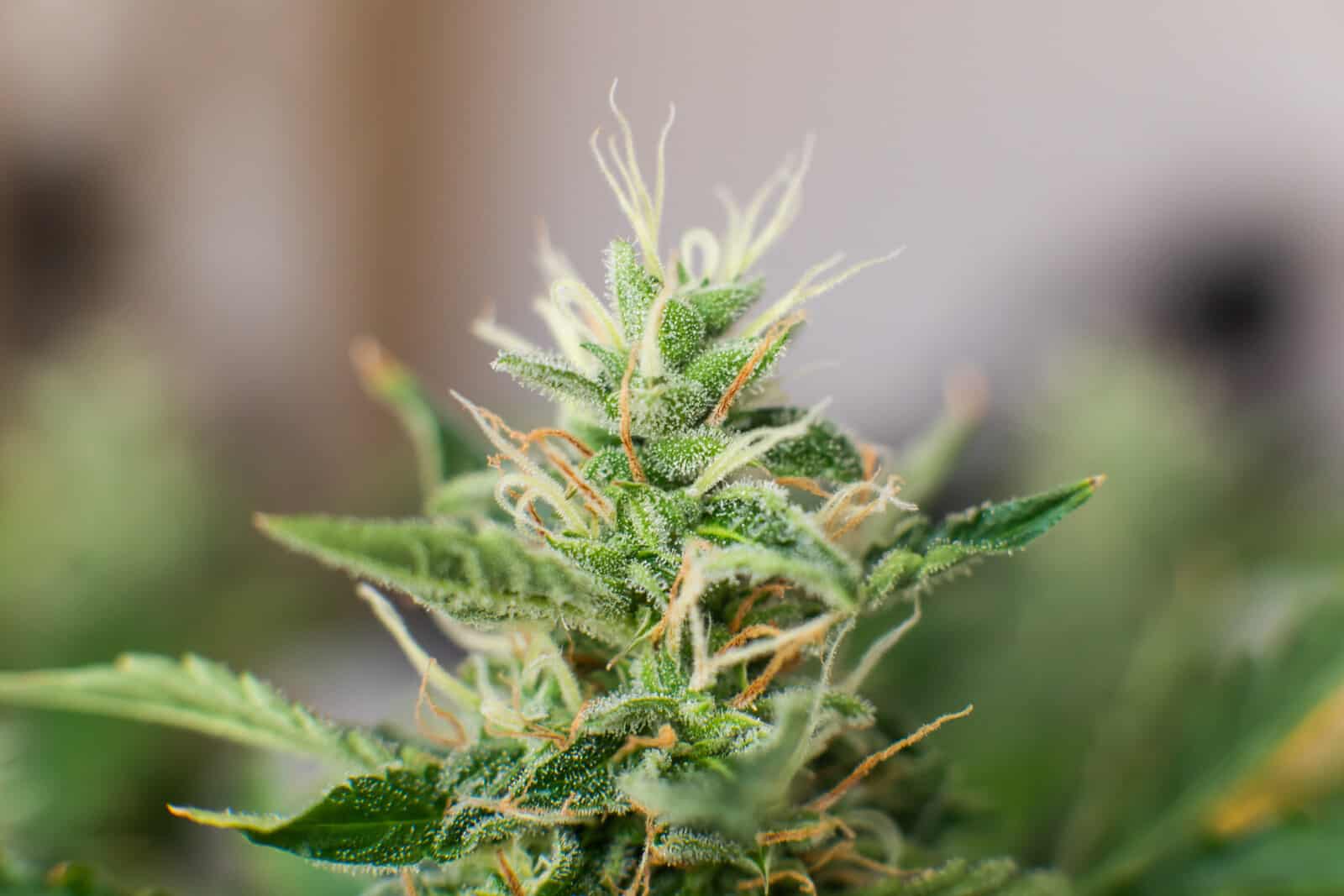 What does marijuana look like? If you are a first-time marijuana user, it can be challenging to keep track of the different marijuana products available and the plant's anatomy. Understanding how the marijuana plant and its products look can help users source the best cannabis and consume marijuana safely.

Cannabis, also known as weed, mary jane, ganja, and marijuana, is an annual flowering plant. Since it is dioecious, it produces either male or female plants. During the plant’s flowering stage, its flower buds bloom and are harvested for consumption. While most growers focus on the flowers that people smoke, the seeds and the fiber of a plant can also be used commercially.

Cannabis seeds contain a high protein and oil concentration and are used for skincare and food products or to develop new strains. Marijuana fiber in these stalks of the plant can be used for dozens of industrial applications, including plastic, paper, cloth, and rope.

Its flower buds are prized for their resinous oils used for medical or recreational purposes. Consumption of these oils can produce intoxicating effects and beneficial health effects. The oils can be extracted or infused into various products.

A few plants look like cannabis plants, but the marijuana plant has some unique features. Generally, cannabis plants have a bright or dark green color. However, some plants can produce various colors, including purple, pink, blue, and more, depending on their genetics and growing environment.

The marijuana plant grows a tall primary stem and horizontal branches extending from the stem, growing fan leaves and flowers. Marijuana smoke from the flowers can range in aroma depending on the strain genetics but typically has a skunky smell.

Marijuana fan leaves refer to the large leaves found on the plant's branches. They have slender and long “fingers” to capture light for photosynthesis. The fan leaves have stomata pores that allow them to breathe in CO2 (at night) and release oxygen in the day. Fan leaves can have between five or seven fingers, with serrated edges, but can go up to 13 fingers.

Fan leaves do not have a high concentration of cannabinoids or terpenes. However, they can be used for various purposes such as juicing, adding to your salads, using as rolling papers, or for making tea. Find out more ways to use your marijuana fan leaves with our blog post.

Cannabis flowers are the most prized part of the marijuana plant. These dense and resinous flower buds contain the plant's trichome glands, which produce the chemical compounds known as cannabinoids and terpenes, known for their psychoactive and therapeutic effects.

Female marijuana plants only produce cannabis flowers. Unlike traditional flowers with colorful petals, these cannabis plant flowers are dense and look like tiny buds. These buds have leaves called bracts, where the plant’s trichomes are found.

How does marijuana affect a person? The effects of marijuana use are due to the consumption of its trichomes. Marijuana trichomes are small resin-coated growths on the surface of the plant. You will need a microscope to get a better look. While they are found across the entire cannabis plant, most of the trichomes are found on the bracts of the flowers.

Trichomes contain the plant's cannabinoids, terpenes, and flavonoids. Cannabinoids include delta-9 tetrahydrocannabinol (THC) and cannabidiol (CBD) cannabinoids. Flowers begin developing during the flowering stage of the plant and mature from a translucent gland to a bulbous and amber-colored gland.

Cannabis flowers contain sugar leaves known for their higher resin content than fan leaves. Sugar leaves are the leaves that extend from the flower and look like they are covered in sugar.

Marijuana stigmas and pistils are the hair-like growths that grow on the bracts of the flowers. Stigmas are meant to capture the male plant’s pollen, which produces seeds. Stigmas can change color during the flowering stage and transform from a white and yellow color to orange, red, and brown color. Growers can use stigmas to determine if the buds are ready for harvest.

Since cannabis plants are dioecious, they can produce male or female plants. In the medical and recreational market, most growers focus on the female marijuana plant since they only grow flowers. Some breeders grow male plants to produce new hybrids.

As a marijuana grower, knowing the difference between male and female plants can help prevent lower yields and hermaphroditic characteristics. Growers can look at the plant's nodes to determine if the plant has either pollen sacs or flowers. The nodes are where the primary stem and branches intersect.

Indica plants usually have broader leaves and denser and smaller flowers than the narrow leaves and the wispy flowers from sativa plants.

While whole-flower products are the most popular on the market, the resin from the buds can be used to produce a wide range of products, including joints, concentrates, topicals, and edibles. There are many forms of marijuana that can be consumed safely for personal use.

Cannabis flowers are smokeable. After being harvested, trimmers remove the excess sugar leaves and stems. After being trimmed, the buds undergo a drying and curing process that removes additional moisture and refines the flavor, leaving behind an aesthetically pleasing bud that tastes and smells great.

Joints and pre-rolls are essentially marijuana cigarettes. Joints are ground marijuana flowers that are rolled in a rolling paper. Joints can be purchased pre-assembled from a dispensary or be made at home. They can contain concentrate inside or outside to enhance the potency.

Marijuana vapes are devices that are used to vaporize cannabis flowers or concentrates. Each vape has unique features, temperature control, styles, and can range from desktop vaporizers to portable and disposable pens.

Marijuana tinctures and oils are liquid forms of marijuana that contain concentrates. Tinctures are usually made with an alcohol base. They come in small dropper bottles that feature a dropper for easy dosing.

Marijuana concentrates are concentrated forms of marijuana with very high THC concentrations and are used for long-lasting, strong, and fast-acting relief. Processors can make a wide range of concentrate types depending on their solvent used, the whipping process, and the strain’s chemical profile.

Some of the most popular marijuana concentrates include shatter, wax, crumble, live resin, and distillate. Each has a distinct appearance. For example, marijuana shatter has a brittle consistency while budder has a creamier consistency.

Marijuana edibles are any food or drink infused with marijuana. There are many edibles, including sweet and savory options such as gummies, chocolate bars, cookies, capsules, and more. Because these Edibles look exactly like traditional food products, you need more precautions to keep away from children and pets.

Marijuana topicals come in a wide range of products, including salves, lotions, creams, and more. Topicals can be applied to the skin, where the cannabinoids can be absorbed and provide localized relief without intoxication.

Learn More About the Cannabis Plant at CTU

Cannabis Training University provides students worldwide with online industry training covering all the major aspects, from cultivation to medicine to extraction and cooking and more. Learn how to grow cannabis, find a fulfilling career, or start your own business with world-renowned instruction from CTU.