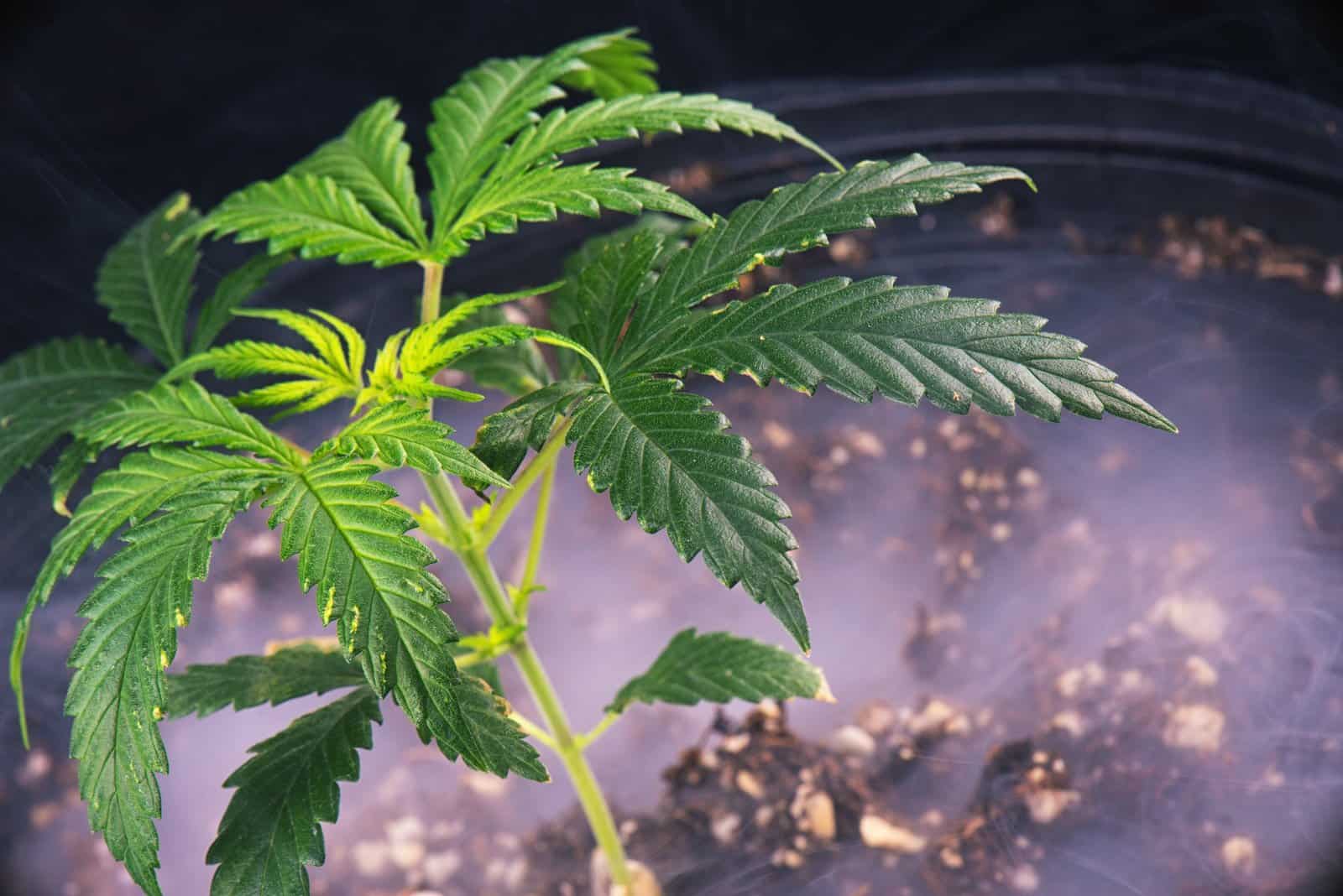 Pesticide Use on Cannabis: What You Need to Know

Pesticide use on cannabis and what you need to know is an interesting subject for a cannabis cultivator. The presence of pesticides on legal cannabis is a problem that won’t go away anytime soon. Pesticides, whether they are detected as fungicides, insecticides, rodenticides, or other compounds, are commonly found during the laboratory testing that is necessary for legal marijuana in virtually every state. These substances are highly toxic and definitely are something you don’t want to ingest and have in your body.

If you own or work in a cannabis cultivation facility, or if you own or work in a dispensary or extraction facility that utilizes cannabis grown by a supplier, you want your flower to be as clean as possible. If you’re a cultivator, you not only want your flower to be potent, but safe as well. Your reputation depends on it. Likewise, concentrates made from pesticide-tainted flower will contain pesticide residue. In these instances, recalls are necessary, and these recalls often leak to the media, with specific businesses mentioned.

This is certain to impact your business in a profoundly negative way. Not only will you need to quickly engage in damage control, but you will possibly lose the trust of your patients or recreational users as you scramble to restore your good name, hopefully successfully. Not only does pesticide-tainted flower hurt your reputation, it will lead to an investigation that may result in the destruction of crops and products and perhaps a fine.

No one wants to smoke or ingest pesticides in any way, shape, or form. Although pesticides vary in their toxicity, just the name “pesticide” indicates their purpose is to kill pests—usually very quickly. Although little research has been done to identify the effects on humans of inhaling pesticides through smoke or vapor, the most likely determination is that it’s anything but healthy. Exactly how harmful, unfortunately, is a matter of speculation in many instances.

Because cannabis is not legal on the federal level, each state is an island operating independently of laws in other states. The Environmental Protection Agency (EPA) does not regulate pesticide use on cannabis like it does for other legal crops. The agricultural departments of individual states must develop their own policies and regulations for cannabis pesticides and work with the state cannabis regulatory boards to create enforceable policies.

Some states regulate pesticides for cannabis crops more closely than others. Many states started their legal marijuana programs without being fully aware of the pervasive nature of pesticide use on cannabis and the need to regulate it. In Oregon, for instance, recreational cannabis became legal in 2015, but its pesticide policies were less strict than today primarily because of media investigations into the reliability of testing labs. The Oregonian found pesticides present in nearly every sample of concentrates it obtained from medical marijuana dispensaries. These dispensaries were selling these same tainted products to patients who were completely unaware of the potential danger. Why were the patients unaware?

Because the tainted cannabis products carried approval labels from the state. In a follow-up investigation of recreational retail stores, The Oregonian found pesticides in three out of ten cannabis samples, regardless of the fact that they carried approval documentation from the state. Laboratory owners in Oregon report similar ratios of tainted cannabis in the submitted samples they test.

Indeed, a Bloomberg investigation of testing results from 900 cannabis products that failed lab tests during a several-month period in 2016 and 2017 revealed that numerous banned pesticides were identified from the samples. There is no way to determine the number of people who ingested these toxic substances.

Unfortunately, the situation is not very different in most other legal marijuana states. In Colorado, for instance, state officials were painfully slow to recognize the pervasive use of dangerous pesticides on cannabis. Investigations into pesticide use first occurred after a cultivation worker reported his facility for not providing protective garments while spraying plants with pesticides.

Tests conducted at the facility identified the presence of Avid and Floramite, which are powerful miticides that are not approved for use on produce or cannabis. Amazingly, two years of recreational marijuana sales occurred before state regulators started to sample cannabis sold for consumption.

Nearly half of the samples tested came back positive for unapproved pesticides, and numerous recalls were the result. Holds were also placed on products from numerous facilities. Once again, in most cases it’s the media that brings pesticide problems to the attention of the general public. The Denver Post has been an effective watchdog on the cannabis industry. Now, in Colorado, the testing requirements for recreational cannabis is actually more stringent than product intended for medical use—a situation that strikes more than one person as odd and backwards.

California, which passed laws for recreational cannabis use, with adult-use stores opening in 2018, has its share of problems as well. No pesticide regulations existed when recreational stores opened and for the first six months of sales, no flower or products were tested.

Once again, the media shined a bright light on the problem of tainted cannabis. Samples collected and submitted by a television station found that 93 percent of the samples were contaminated. California has had a medical marijuana program for longer than any other state and grows more produce than any other state as well. Many believe that the state could have done better with its cannabis regulations.

Although “safe pesticides” sounds like an oxymoron, there are safe ways to rid crops of pests—or at least control them and keep them in check. The best course of action with pest control in a cannabis garden is to avoid a pest outbreak from occurring in the first place. The old saying “prevention is the best medicine” could never be used more appropriately than in the context of cannabis pest control. Unfortunately, many growers realize this important fact too late in the game and they already have a pest problem to address.

Although most legal marijuana states have lists of approved pesticides to address insect outbreaks, not resorting to chemicals is always the best course of action. Cannabis consumers love organically grown flower for a variety of reasons, and the absence of pesticides is one of them. Not only is the flavor superior, but the flower is “cleaner” on many levels. Organic flower lacks synthetic soil additives and dangerous chemicals. Those who grow organic cannabis on the commercial level will often advertise that fact, for very good reason. Customers who are in the know will seek out flower that’s grown organically.

Two of the most common insect pests that prey on cannabis are aphids and spider mites. Some growers will resort to using neem oil solutions on spider mites, but even this relatively safe procedure should be a last option—if it’s considered as an option at all.

The best way to prevent insects from getting a foothold in your cannabis grow and start damaging your plants is to run a clean and closed facility. The meaning of “closed” is to keep traffic to a minimum, without visitors from outside the cultivation team from visiting—particularly if that person has been to another cultivation facility at any recent time.

No outside plants should come into the grow, particularly if there are mature plants in flower. When and if any new plants enter the facility, they must go through a strict quarantine and kept separate from other cultivars. Quarantined plants should be serviced last. Running a safe and sanitary grow site is really not very different from zoos and kennels. Many of the same principles apply for keeping animals and plants safe and healthy.

Whether used as a preventive measure or a way to address a pest outbreak, the use of predatory insects (aka “beneficial insects”) is a wise course of action. Biological pest control can include a variety of beneficial insect species, ranging from the benevolent and pretty ladybug to the fierce-looking and impressive praying mantis. Releasing these insects on a routine basis often will prevent a serious insect problem from occurring.

Pest insects of different species are known to target different types of plants. While aphids and spider mites are the most likely insects to feed on cannabis, they are by no means the only ones that can negatively impact a marijuana garden.

To see which insects are present in a grow, set traps and then, based on what the traps reveal, you can choose the best type of beneficial predatory insect to release. Ladybugs work well for aphids, and lacewings often are effective for both spider mites and aphids.

Allowing these insects to go to war on the pest species in your garden is the safest and most natural way to control cannabis pests. There are plenty of grows that avoid ever using chemical pesticides. If you are worried about insect pests, do the right thing now and consult an expert who will help you begin a biological pest control program.