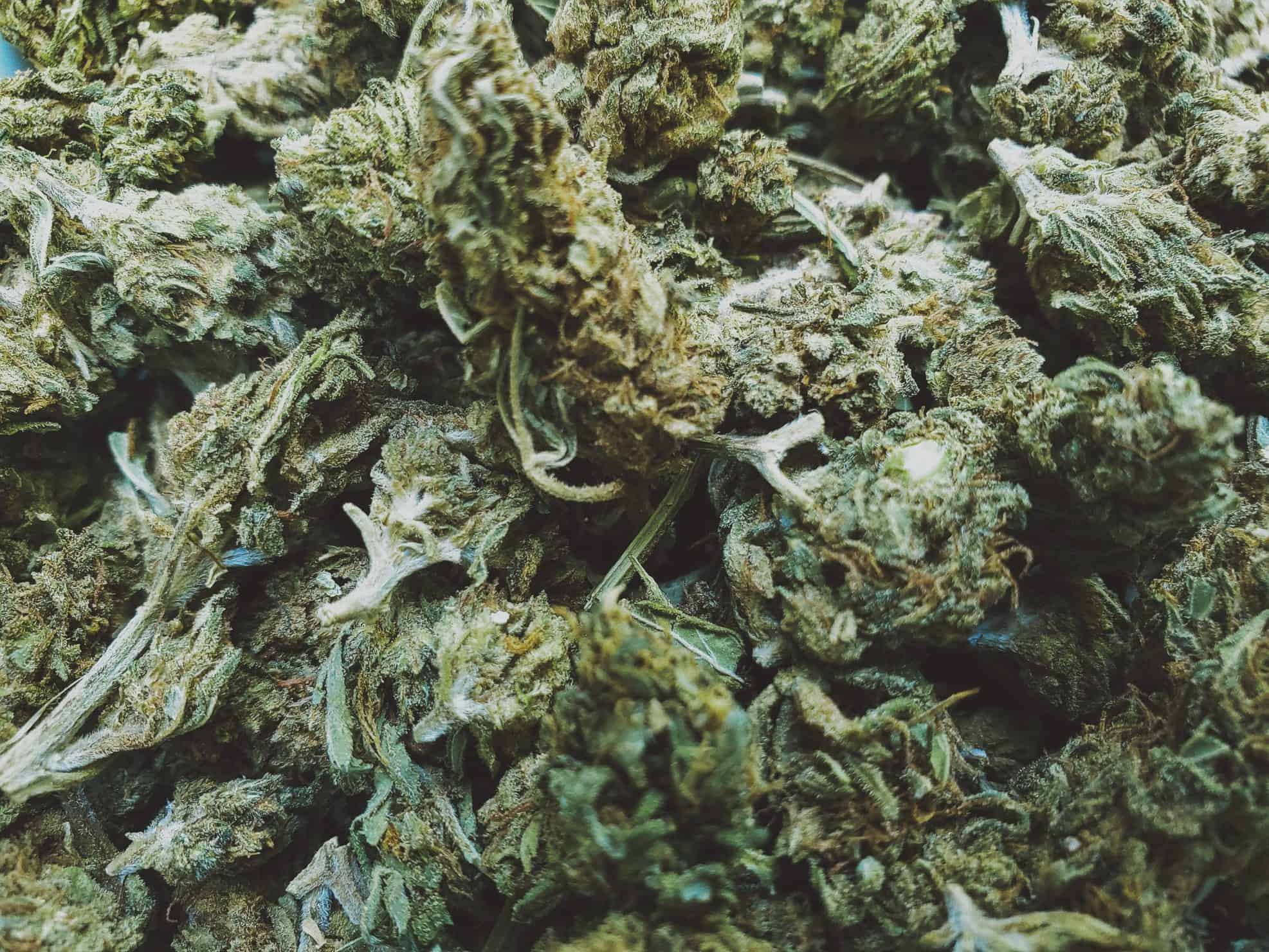 Are you a cannabis grower whose been searching for the best autoflower sativa strains?

Sativa strains have been known to be a crop requiring immense levels of skill and patience in equal measure. This coupled with their longer flowering period and typically lower yields do not make them a very easy grow. That seems to have changed in the recent past. A whole new breed has cropped up that appears to be the answer to many a grower’s prayer.

Join us as we discover what autoflower sativas are and which the best in the market are.

What is an autoflower strain?

Autoflower strains also mature relatively fast with yields that could be considered to be quite generous.

The origins of the autoflowering cannabis strains are not fully documented. However, it is believed that they descended from a mix of ruderalis plants and typical cannabis blends. From a botanical viewpoint, a ruderalis plant is able to withstand the harshest of conditions. This subspecies of cannabis originated from Central Europe, Russia and Central Asia which experience very harsh weather almost all year round.

Fresh into the market, autoflowering strains are quickly gaining traction with breeders creating strains that maximize the benefits of the cannabis ruderalis origins without compromising on the yield, flavors and effects. There are even some autoflower strains that clock in at 27% THC, which is much higher than most photoperiod strains.

What Are The Advantages of Autoflower Strains?

Listed below are some of the reasons that this might be one of the best developments in the cannabis world recently.

Here are the top motives for growing autoflowering cannabis strains.

Which Are The Best Autoflower Sativa Strains?

We have prepared for you a list of the most prolific autoflower sativa strains. They are:

Undoubtedly the number one autoflower sativa strain, Blue Dream is an easy grow that has surprisingly high yields. Despite its being sativa dominant, this marijuana strain grows very fast and is usually ready for harvest between 9-10 weeks.

Typically, you should expect a bumper harvest of about 400gr/m2 of wonderfully smelling stash by the time of harvest. Blue dream has sweet notes with blue berry overtones, perhaps why its name has blue, right?

It is a very delightful indulgence that will leave you with a pleasant cerebral high and a relaxation that will span from the top of your hair to the tip of your toes.

Are you still wondering why this is the top pick? Its relatively high THC levels of up to 14% have the ability to shift your mood and you will suddenly see the sun shining more brightly.

That there is why Blue Dream autoflower is one of the most divine strains that presently exist.

By the suggestion of the name, you would be expect yourself to be totally wasted after you take this strain, right?

Unlike what its name suggests, Train Wreck will give you mind bending effects that will leave you feeling euphoric, happy and creative. And that’s not all from its bag of tricks.

It is also very effective in the treatment of anxiety, depression, pain, stress, PTSD, ADD and ADHD. This is most probably due to its high THC levels of up to 16.5%.

Its effects set in pretty fast (maybe that’s where the name came from) and give almost instant relief to its medical users.

Train wreck autoflower can produce up to 250 grams/m2 with the shortest period of growth yet, which is just 8 weeks from seed to harvest. It has Spanish roots and is a direct descendant of cannabis ruderalis mixed with the original Cali Train Wreck.

Here is a comprehensive review of Trainwreck: a Humboldt masterpiece.

This sativa dominant strain is the autoflowering version of Haze, which is an award winning Dutch favorite.

It is therefore not surprising that Amesia Haze has already managed to bag itself one or two Sativa awards in its short lifetime.

This strain is also easy to grow with a flowering period of approximately 9 weeks. It produces dense, resinous buds which are any growers dream and may yield up to 250 gr/m2.

Amnesia Haze strain has an earthy flavor with lemony and citrusy hints and at the very first puff, you will feel energized and euphoric all at once.

It has a high THC concentration of 15.5% induces great psychedelic effects which come with intense feelings of happiness, creativity, euphoria and psyche.

This autoflowering strain has a very smooth smoke and you are not likely to choke on its smoke which leaves behind a softly sweet aftertaste.

It also has significant medicinal value and can be used to treat fatigue, stress, anxiety, pain and headaches together with loss of appetite.

If you are out to experience a refreshing, intense high that will leave your head clear, look no further than Silver Bullet autoflower.

This strain of feminized weed has the heady effects of Sativa and high THC levels of up to 19% which will leave you with a strong high, yet you will still be lucid enough to carry out intelligent conversation and as well as work if you need to.

Smoking this cannabis strain fills the air with incense that has a woody aroma and citrusy notes. It has a sweet taste that makes for a smoke you will enjoy very much.

This auto flower matures in about 70 days and can grow at any time of the year, given mild weather.

It also does well both indoors and outdoors and yields bountifully generally.

This autoflower is Sativa Dominant strain with high THC levels of up to 20%. It has distinct psychedelic effects with a very unique high. It starts sharply and spreads slowly with feelings of euphoria and inspiration which will sharpen your sense of creativity and uplift your mood. You feel your body relax with a sense of happiness and ease. This is one high that will last, and last to eternity.

White LSD is easy to grow with flowering periods of between 8-10 weeks and yields between 300-400 gm/m2. It has a typical earthy marijuana taste which has spicy undertones.

You can grow this strain both indoors and outdoors.

If you are looking for “a bang for your buck”, look no further.

This Sativa Autoflower strain finds its linege in the mixing of OG Kush, AK48 Automatic, Las Vegas Lemon Skunk and Northern Lights. This is quite a blend, by any standards.

This is a strain that is both easy to grow and has great yields. Flowering in just 6-8 weeks, Lemon OG Haze will give you a harvest of between 325-425 g/m2.

It grows low and has a wide spread, therefore adequate ground space needs to be allocated for it.

OG Kush autoflower, like its parent OG Kush is now used as a genetic donor staple all over the West Coast.

The classic OG Kush strain taste does not disappoint in this auto flower. With overtones of diesel with hints of lime and a slight fruity flavor, there is no doubt as to why it’s a staple.

This strain will give you an energized head high coupled with a lasting body stone due to its Sativa bearing and high THC levels of 15-18%.

Fully grown, it is still short. This makes it ideal for growing in tight spaces. With such staples, you are not likely to go very wrong.

Historically, Sativa plants have been known to be quite a difficult to grow. The list of best autoflower sativa strains we have provided should give you a good head start in Sativa plants that are both potent and easy grows. This should set you up for a bountiful harvest with minimal effort, and in practically half the time too.

What’s more? You can grow them from seeds which makes the process a whole lot easier. And if you have limited space and time, that too is not an issue. Too easy, right?

If you were scratching your head for the ideal present to gift your neighbor who has a hard time growing his own stash, this might just be it. Get them the best autoflower sativa strain that you can land your hands on!