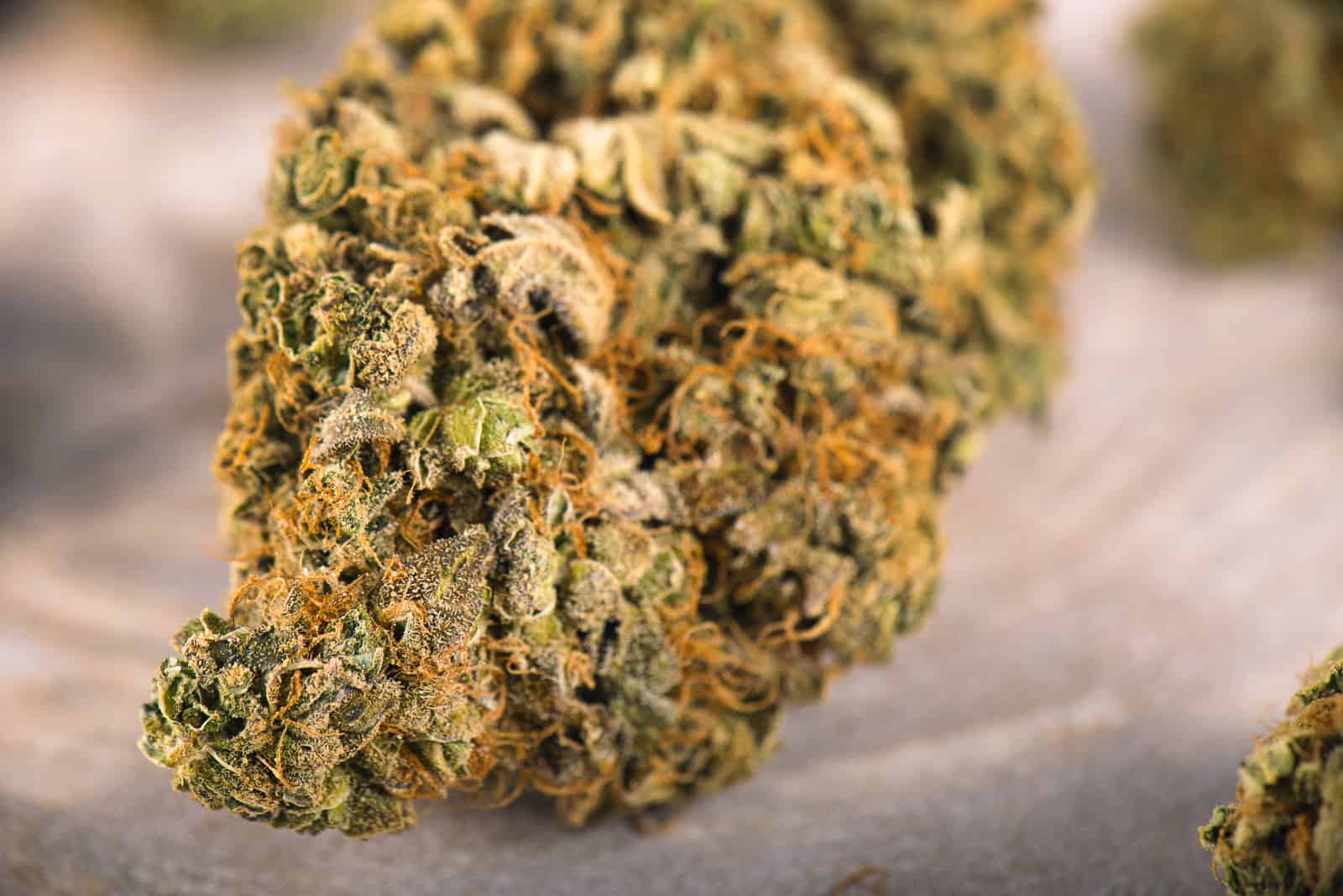 Legends abound about the classic Trainwreck strain, a Humboldt masterpiece. This sativa-dominant hybrid strain can give you the energy and drive of a high-speed locomotive so you can tackle your day.

What Strain Is Trainwreck?

Is Trainwreck strain an Indica or Sativa?

Hailing from the hillsides of the Emerald Triangle, Trainwreck is a nearly pure sativa marijuana strain with energizing effects, perfect for a daytime smoke.

As a cross between landrace sativa and indica strains, it offers users a powerful dose of cannabinoids and terpenes and growers a hardy and low-maintenance cannabis strain.

Its robust THC concentration induces euphoria, relaxation, and a good mood. It’s earthy, piney and sweet aroma is the icing on the cake.

Trainwreck’s origins are hard to pin down, but we can surmise the strain grew in popularity starting between the 1960s and 1980s.

Rumor has it, a couple of brothers crossed Mexican and Thai sativas with Afghani indicas on the hillside of the town of Arcata, California in Humboldt County resulting in this hybrid phenom.

Trainwreck’s name origins are even harder to verify. Some say it’s named after a train crash near the site of the guerilla grow. Legend states that the brothers harvested their crops before emergency crews rolled in and discovered their stash.

Another fitting explanation for its moniker is its hard-hitting and euphoric effects that can leave you feeling like you’re on a runaway train if you’re not careful.

True to its lush and woodland origins, Trainwreck’s aroma has earthy and floral notes with undertones of pine, spice, and citrus fruits like lemon. Its sweet tinge makes for a pleasant smoking or vaping experience.

In terms of its terpene profile, Trainwreck has a high concentration of terpinolene, limonene, and myrcene.

Limonene has a sharp and tart citrus flavor that is thought to be invigorating, which could explain the strain’s euphoric effects.

Myrcene’s aroma is more on the earthy and musky side, with notes resembling hops.

Terpinolene has a more complex bouquet of undertones reminiscent of pine, flowers, and herbs.

With THC levels between 14 and 19 percent, and sometimes higher than 20 percent, Trainwreck delivers punchy and long-lasting effects. The fast onset of effects can catch beginner users off guard.

If you’re Trainwreck-savvy, you can experience a fast-acting rush of euphoria permeating throughout your body all the way to the tips of your fingers. As a daytime and afternoon strain, Trainwreck provides the right dose of stimulation to make boring chores and tasks a breeze.

Don’t worry about feeling out of sorts. Trainwreck produces clear-headed effects with an enjoyable psychedelic buzz. Feel the bliss percolating within on your two-to-three-hour journey.

High doses can leave you sedated, albeit, they can relieve many medical conditions and symptoms.

While Trainwreck produces more of a mind than body high, its indica roots and myrcene concentration have proved useful for patients dealing with pain and inflammation associated with migraines, arthritis, and cramps. Chronic pain sufferers may find that Trainwreck has the right amount of pain relief with smile-inducing effects.

Even recreational users can enjoy its therapeutic effects to relieve numb, sore, achy, and inflamed areas. Whether you’re relieving muscle tension after leg day or require serious anxiety relief, Trainwreck is a strong and flavorful strain to try.

Trainwreck’s easy-going growing characteristics make it a great strain for beginners or advanced cannabis growers alike. If you can, grow Trainwreck outdoors, but it does just as well indoors, as long as it has enough room to grow.

Trainwreck can grow tall if you let it. Expect it to reach well over 78 inches tall. Just put it in a big pot with healthy soil and watch it grow big.

Trainwreck has a flowering period of between seven to nine weeks. More than likely, you can harvest in eight weeks.

Growers can reap between three to six ounces per square foot planted, a relatively high yield.

Just be mindful of growth spurts and when your plant needs more water and nutrients. Trainwreck prefers calcium, magnesium, and nitrogen. Some growers top their soil with bat guano and worm castings as flowering begins and flush nutrients early as the plant finishes flowering early.

Trainwreck likes moderate climates between 65 and 85º F, but you’ll notice it can withstand a variety of harsh environmental conditions.

Its buds are tightly compacted with a light green hue and speckled with orange pistils throughout.

Learn How to Grow Trainwreck at CTU

Interested in learning how to grow marijuana from the ground up?

Cannabis Training University offers students from any corner of the world an opportunity to learn from award-winning and respected growers.

Learn how to grow marijuana with step-by-step guides and perfect your budget or large-scale growing operation.

For more information on cannabis courses and our online cannabis training program, visit our CTU today.