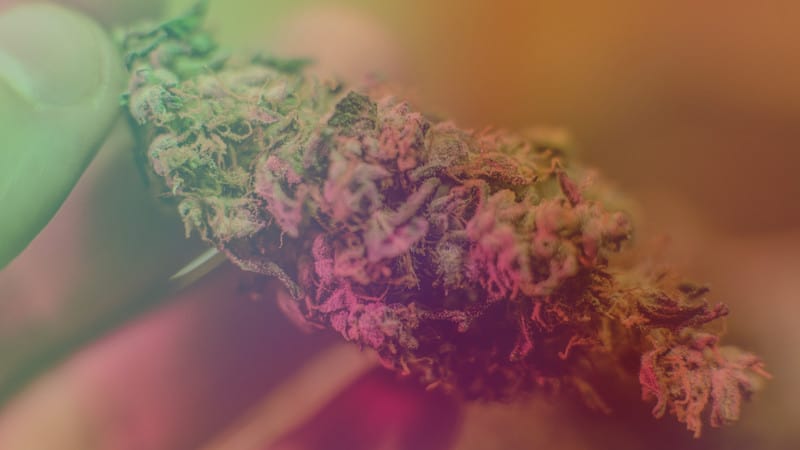 Although how the tale of Chemdawg strain gained rapid popularity remains fairly consistent, the specific genetics behind its creation remain shrouded in mystery and speculation.

As legal cannabis continues to take root in the United States, refinements in selective breeding result in a flurry of new strain names, which are now occurring at an unprecedented rate.

The constant reshuffling of established and emerging genetics can always result in something noteworthy and exciting.

Some strains are so special that they become the cornerstone of future breeding programs. Chemdawg is one such strain.

Only a handful of other strains can rival the impact of Chemdawg on the world of cannabis. It is a truly iconic strain.

The Origins of Chemdawg Strain

The tale of Chemdawg began in the early ’90s, when a group of cannabis-breeding friends from Colorado followed The Grateful Dead on tour, taking some of their “chem bud” with them.

They gave the bud this nickname for its distinctive and pungent chemical-diesel fuel flavors.

While hanging out in the parking lot at a show, they sold some of this special marijuana to a handful of fortunate buyers. One, who knew something special when he smoked it.

After purchasing a couple of ounces of this mysterious bud, he discovered that some of the buds contained a small number of seeds, which he had the foresight to collect for future use.

Armed with a baker’s dozen of these seeds, he put them to good use back home on the East Coast. He soon germinated some and began the process of picking the best pheno to begin the stabilizing process and integrate these special genetics into his breeding program.

This work paid off, and the results complemented what was already being done with Chemdawg in breeding operations in Colorado.

Like some other noteworthy strains, Chemdawg is now circulating in a few versions, some that lean to the sativa side, and others that are indica dominant.

Chemdawg strain spread from these humble beginnings to reach bicoastal demand. Several highly competent cannabis cultivators were quick to jump on this strain for use in breeding programs.

If you are just getting into the cannabis industry, you should know its impact. Whether you work in retail sales or cultivation—or merely like to consume high-quality strains—Chemdawg’s influence is important to recognize.

The OG and Diesel strains are so special that it seems a common marketing tactic these days to focus on them when creating a new variety of flower. Tacking “OG” or “Diesel” onto a new strain name almost guarantees it will garner attention and quick sales.

While on the subject of Chemdawg and OG Kush, it’s worth mentioning that you will sometimes see information stating that OG Kush was a parent of Chemdawg, but these sources have their story backward.

Perhaps it makes better reading than to state that the genetic tree comes to a dead end when it reaches Chemdawg. Those who introduced it to the public have kept those secrets close to the vest.

If you’re a grower, Chemdawg should be on your bucket list of strains to grow. Whether it’s from a clone or from seed, “the dawg” grows to a consistent low to medium height. It has a strong appetite for nutrients, so you may find that it thrives on higher doses than many other strains.

Most plants have dark-green leaves, with some flowers reaching a respectable size once mature. The dark leaves contrast nicely with the frosty light-green calyxes.

As the flowers approach full size, the strong, sharp, diesel aroma begins to become apparent. By harvest time, the buds are very pungent and sticky.

Smoking or vaping Chemdawg strain is where this strain really shines. Once cured properly, the smoke is thick and smooth, with an apparent mild sweetness. On the exhale, the chem-diesel flavor really kicks in and makes a strong impression on people new to the strain.

The flavor is distinctly different from most other strains, and many cannabis enthusiasts quickly develop a taste for it. The effect is initially cerebral but soon settles into a relaxing body high.

So, on the outside chance you’ve never tried Chemdawg, you owe it yourself to take the dawg for a walk. You just may find that it really is man’s best friend.