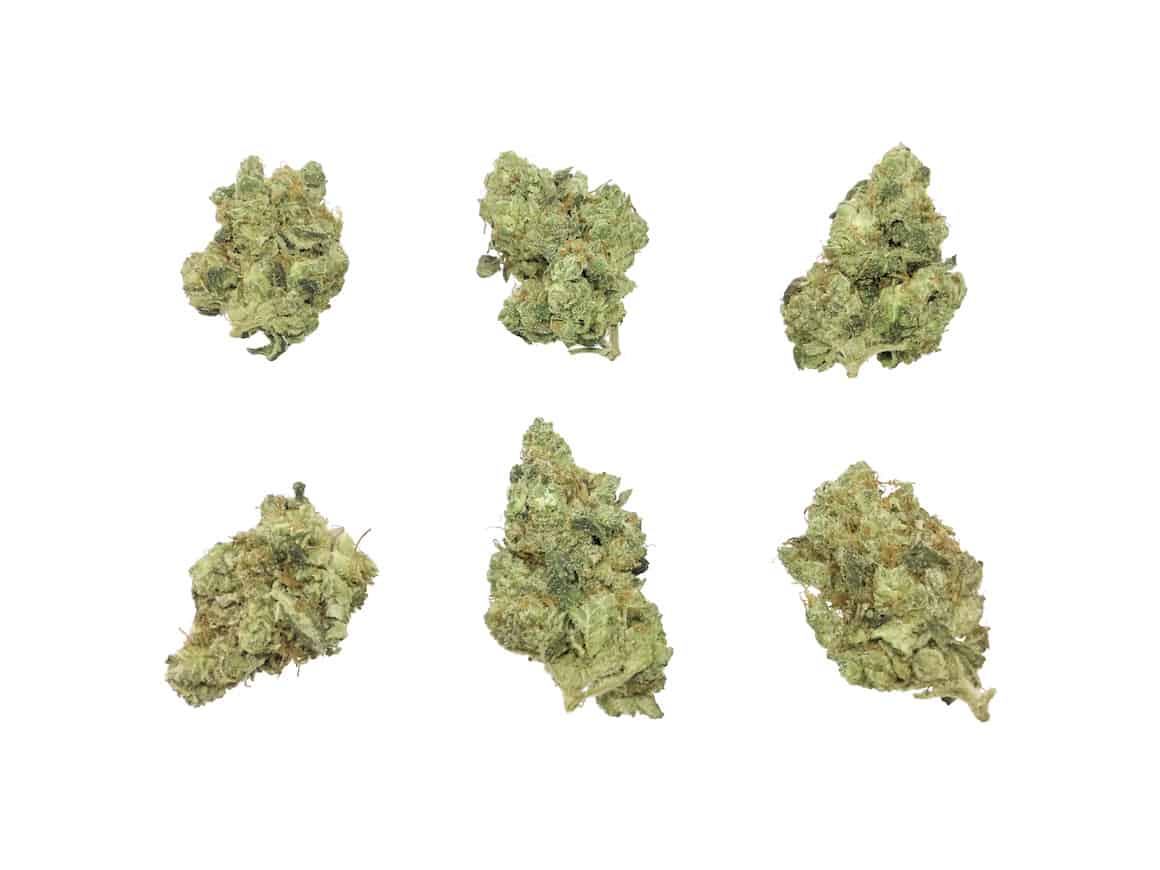 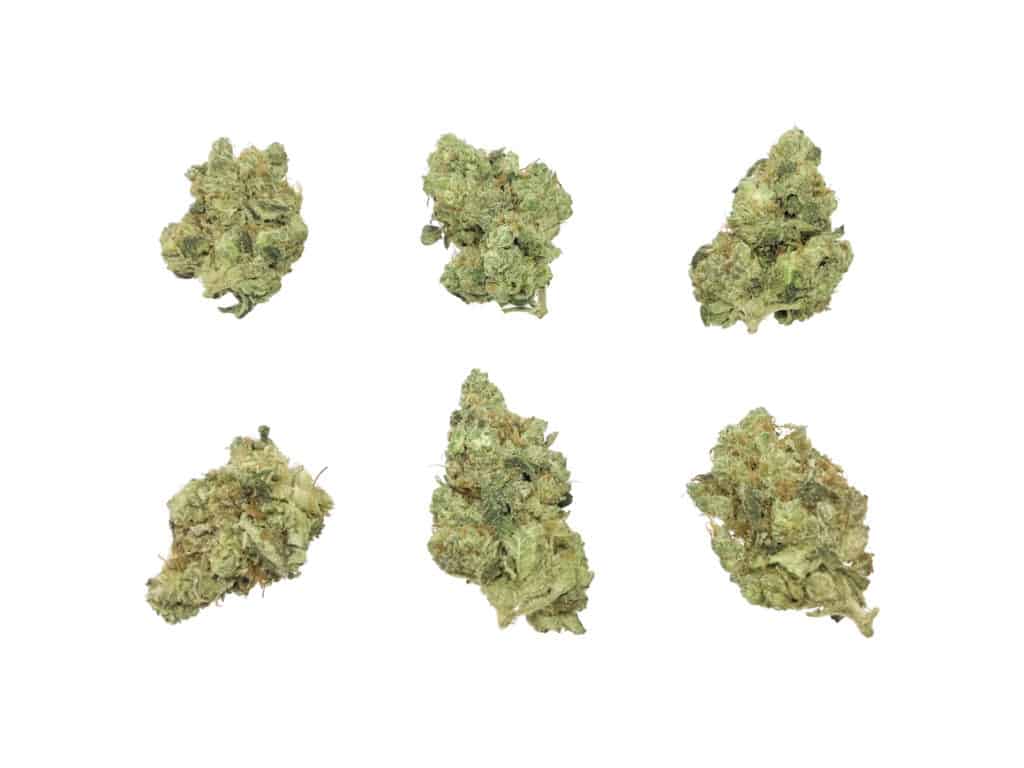 Most consumers and even those outside of the cannabis market have heard a few funny weed strain names. There are some of these strains which sound imagined, while many carry quirky names due to their original cultivator.

The best pot strains don’t always have the catchiest name although cannabis consumers enjoy various impacts of the plant.

Below we will discuss some of the funny weed strain names along with what you can expect from each.

Girl Scout Cookies is a great name for a cannabis strain as many girl scout troops have sold cookies outside of dispensaries. GSC is an Indica-heavy hybrid of OG Kush and Durban Poison, although its mysterious origins create a bit of controversy.

Girl Scout Cookies has won the coveted Cannabis Cup and can act as a perfect plant-based nightcap.

The sweet flavor is perfect for a night of relaxation and many report elevated levels of happiness. It is no wonder that a top weed strain named after Girl Scout Cookies makes its consumers smile!

Cat Piss sounds more like a street drug that kids are starting to do in a late-night new investigative series.

Cat Piss is a Sativa that comes from the lineage of the legendary Super Silver Haze. The strain has earned its name due to its smell which is unpleasant for some to say the least.

The low THC levels make it a great Sativa to start the day or when there are mundane chores to do.

The medicinal uses for this are anxiety and stress as with a lower THC content, overconsumption becomes more difficult. This strain has seemingly been bred with so many others that origins start to become quite unclear.

Bob Saget OG plays tribute to the leading man in Full House which was a favorite of cannabis consumers in the 1990s. Saget also has a comedy routine that is only for mature audiences, to say the least.

Bob Saget OG is a strain of many names that comes from Pre-98 Bubba Kush and Afghani genetics. The fact that rappers frequently mention Saget in their songs might have added a bit to the popularity of this strain.

Bob Saget OG is for the daily smoker as it is easy to avoid tolerance buildup as this has high THC levels.

There are a Sativa and Indica combination of effects with the beginning feeling like you smoked a Sativa. As time goes on, you will feel the effects of the Indica with relaxation and potential sleepiness. 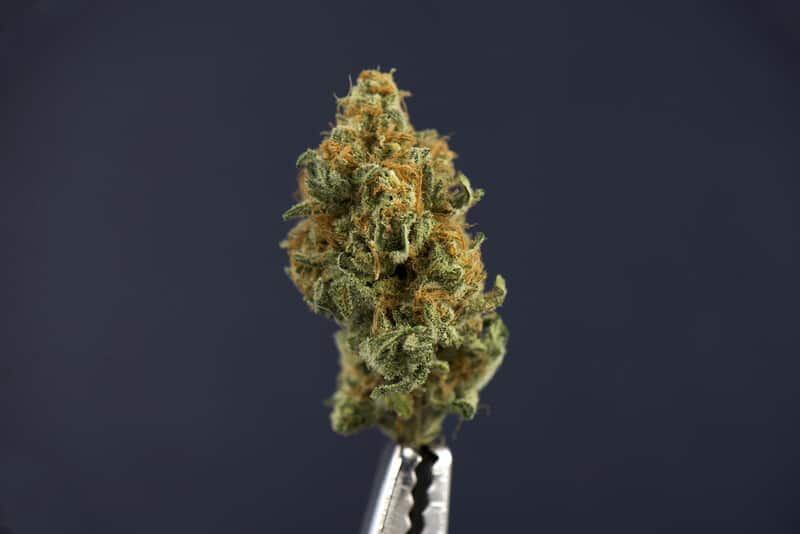 Alaskan Thunderfu** is the name of a strain instead of a wild phrase someone might utter to get a laugh and possibly the funniest American weed strain name.

The lineage of ATF is complicated as it is a combination of Russian Ruderalis and an anonymous Californian strain. The impacts can be a sharp mind along with a relaxed body with this Sativa-dominant strain.

Anyone that watched the original Teenage Mutant Ninja Turtles understands why it is an iconic show in the stoner community. The turtles routinely ate gratuitous amounts of pizza consumed while constantly complaining about the munchies.

Ninja Turtle is a hybrid of White Russian and Martian Green Mean (which could be included on this list).

Much like the Ninja Turtles, this strain is said to use karate to chop away your bad moods or anxiety. Master Splinter would be proud of managing your mood with something that comes from the earth.

Gorilla Glue #4 strain will leave a person stuck on the couch rather than having superglue stuck in their hair.

The strain is known for its relaxing effects with some THC levels being measured at dispensaries at over 30 percent.

The lineage is from Chem’s Sister, Chocolate Diesel, and Sour Dubb. The strain has won awards worldwide and is well-known as a strain that produces an incredible high.

Growing and breeding incredible cannabis is only half of the battle. Naming a new strain can lead to its fame if the qualities of the strain match the mention-worthy name.

Take the time to research all cannabis you consume as the plant can have a variety of effects on the consumer.

Funny weed strain names seem to be becoming more popular, so make sure yours is original and the weed is high quality.