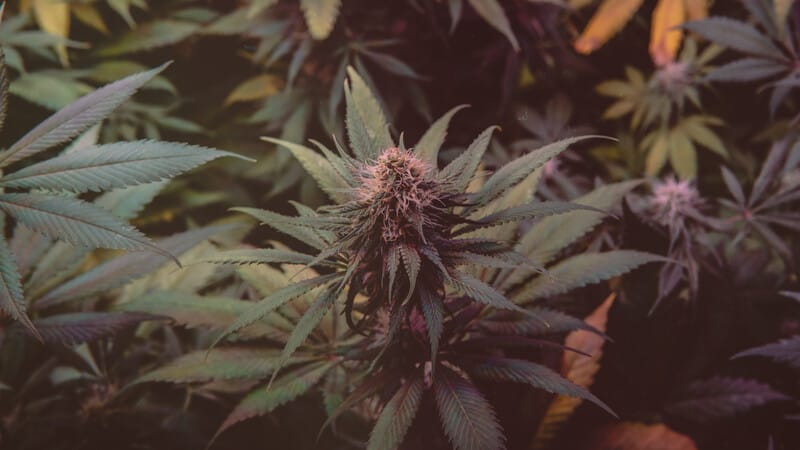 A Mai Tai reminds a number of people of tropical vacations which is why this piece covers the Mai Tai strain examined and secrets revealed. Just like the tropical fruity drink, Mai Tai can make you feel incredible without the hangover the next day. The beauty of smoking flavorful strains is that it is a zero-calorie way to taste something sweet.

Mai Tai should be consumed in moderation just like the alcoholic drink version. The last thing you want is to be uncomfortable due to thinking you can smoke this strong strain for hours on end. For consumers that want to step up their game in terms of THC in the strains they smoke, this is a delicious candidate you are sure to enjoy.

Mai Tai strain is a 50/50 hybrid of Tutti Frutti and Maui Waui. Mai Tai can be a wake and bake strain as it will give you an immense sense of energy. This is a great strain to enjoy with friends as it can make you talkative and simply a pleasure to be around.

Tutti Frutti strain smells and tastes like a number of your childhood cereals. This strain is a creeper where the high will build over time. Your mood will be lifted as your mind blasts off into the clouds with a hazy feeling.

Maui Waui strain is grown predominantly in Hawaii and has massive amounts of THC that top out at around 28 percent. Expect your mind to go to creative places as you feel a rush of euphoria. Your body buzz will wash over you as your mood improves drastically.

If you love the effects of Mai Tai, you should definitely take a look at Penelope and Boaty McBoatface.

Mai Tai can be grown indoors or outdoors using a variety of methods. The beauty of this strain is that you do not have to grow very much in order to keep your medicine cabinet stocked due to its high potency.

Yields are going to be impacted by the amount you water your plants, light exposure, and nutrients used. The purchase of the seeds you will use is very important as seeds with poor genetics can set you up for failure.

The flowering period of Mai Tai is around 9 weeks or a little over 60 days. There are autoflowering versions of this strain which should only be grown indoors. Autoflowering strains require no change in light exposure to start the flowering stage like that of photoperiod strains.

The appearance of Mai Tai is bright green with small nugs. There are hues of amber with orange hairs protruding from that are covered in a massive amount of trichomes.

The THC percentage of Mai Tai is massive with it coming in at 26 to 32 percent THC. 32 percent THC is what some concentrates have like that of hash so be careful. Even people that dab daily might become far too high if trying to finish a joint of this strain solo.

Flavor And Aroma Of Mai Tai

The flavor of Mai Tai is a mix of berry and citrus which is delicious to nearly all smokers. The aroma is of citrus and earth which nearly matches the flavor. The terpene profile is dominated by Myrcene, Linalool, and Terpinolene.

Myrcene has an earthy flavor and aroma. This terpene can help induce calmness and even helps those that suffer from insomnia fall asleep. Strains that contain this terpene at high levels include Jungle Juice and Sundae Driver strain which both boast over 20 percent THC.

Terpinolene tastes floral to the point of being sweet and has the aroma of apples and lilacs. The benefits include combatting stress by inducing calm and euphoria. Strains that contain this terpene include Black Cherry Pie and Biohazard.

Linalool is present in strains that are notorious for helping people battle depression and anxiety. The terpene has a floral scent that can help a consumer induce relaxation. Strains that contain large amounts of this terpene include Strawberry Diesel and Alien Bubba.

Marijuana has been used around the world to address certain health conditions. People with seizure disorders or have a lack of appetite due to chemotherapy find relief through marijuana. Mai Tai can help with the following medical conditions:

Mai Tai pales in comparison to Mai Tai Cookies which has won awards for being the best CBD strain. Finding a strain with a good cannabinoid profile and terpenes can allow a consumer to find relief from symptoms of various medical conditions. THC can also be very beneficial as it interacts with the other cannabinoids in a way that is called the entourage effect.

Mai Tai is not for the faint of heart or those that are just starting their journey with cannabis. Investing in seeds or flower is worth it as a single toke can keep you high for hours. Trying to grow this strain can be great for beginners especially if you invest in autoflowering seeds.

Growing cannabis can be a skill that you can enjoy the fruits of your labor from. Growing the best weed of your life will require knowledge, experience, and guidance from a commercial grower. A commercial cannabis grower can help you with dealing with mites, supplementing nutrients, and everything in-between.

CTU can help you improve your growing game with our online marijuana certification. Learn things that drive up the yield and potency of each plant you grow. These skills are highly translatable