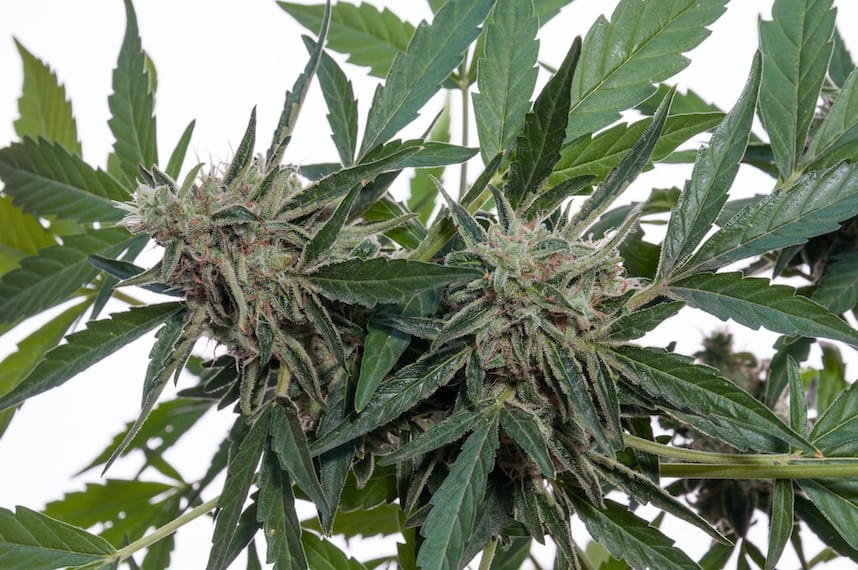 The Mr. Nice Guy strain might remind you of the stoner classic movie Half Baked. Most people won’t forget a young Dave Chappelle in his role. The strain is not one that will overwhelm a consumer with THC.

Mr. Nice Guy can turn even the angriest person into one that you like being around. Watch all of your worries and negative energy leave your body. Below will outline all you need to know about this unassuming strain.

Is Mr. Nice Guy strain an indica or sativa?

Mr. Nice Guy is an 80/20 Indica-dominant hybrid of G-13 and Hash Plant. The strain was named after a famous smuggling icon named Howard Marks that went by the name Mr. Nice. You’ll be able to sit back and relax with this legendary strain.

G-13 can reach up to 24 percent THC and has the smell of oranges. Keep some munchies around with this Indica-dominant strain as it is known to stimulate the appetite. Medical patients might find relief from depression, anxiety, and stress.

Hash Plant strain is an 80/20 Indica-dominant hybrid that comes all the way from Holland. Expect dense nugs that are covered in resin. Look into this strain if you have trouble falling or staying asleep.

Mr. Nice Guy can be grown indoors or outdoors. The strain needs quite a bit of light which is something to keep in mind. People that live in climates that have frequent overcast would be better off growing this strain indoors. The strain can be difficult to grow so it is best reserved for those with a bit of growing experience.

Indoors you can expect 1 to 2 ounces per square foot. You can expect around a pound come harvest time when growing outdoors.

The yield is going to be impacted by various things but it all starts with strain genetics. Breeders try to drive up the potency and yield for growers. Set yourself up for success with the right research, soil mixture, and nutrients.

The flowering phase of Mr. Nice Guy lasts 8 to 9 weeks. Expect dark green nugs with purple and orange leaves. The white hairs cover the buds in quite an aesthetically pleasing way.

Strains that require quite a bit of sun should be placed far enough away from each other when grown indoors or outdoors. Setting up automatic watering is far easier when all of your plants need the same amount. Do not stunt the growth of your plants by watering too much or too little.

The THC percentage of Mr. Nice Guy is 14 to 19 percent. The strain can really turn you into one lazy individual as you won’t want to do anything but relax. Medical patients find that the strain is great to treat pain.

The flavor of Mr. Nice Guy weed is spicy, sweet, and has a prevalent note of pine. The aroma is very pungent and dank. The terps that dominate this strain are Bisabolol, Camphene, and Myrcene.

Bisabolol has a great aroma of flowers. The terpene can help with stress, depression, anxiety, and insomnia. Gelato and Zookies are two popular strains that contain this terpene.

Camphene has been shown in studies to help impact heart health in a positive way. The terpene was even used as fuel as a replacement for kerosene. Two strains that contain this terpene are Clementine and Alien Rock Candy.

Myrcene is the ultimate chilling terpene as you will feel the tension leave your mind and body. The earthy taste that is present can bring people closer to nature. Lemon Diesel and Mimosa are two delicious strains that contain this terpene.

Sensi Seeds and Pacific Seed Bank are two banks that have these seeds. It is imperative to note that it is federally illegal to send cannabis seeds in the mail. With this being said, there are still some banks that send them regardless of the legal ramifications.

Finding seeds can be done at a dispensary or finding clones with a fellow grower. Trading seeds is done frequently as different cities in the same state could have a surplus or shortage of certain seeds.

Mr. Nice Guy is going to cost around $260 per oz. You can expect to pay around $45 to $50 per 1/8th of an ounce. Prices fluctuate so make sure you are shopping around especially if you have a tight weed budget.

Marijuana is a viable treatment for a variety of medical problems that are common. The important thing to note is that these can be eaten, smoked, or topically applied. Mr. Nice Guy can help with the following medical conditions:

The CBD content is so low that the strain is not good for certain medical issues. The important thing to note is this strain can be used by beginners as it is not overly potent.

Mr. Nice Guy is a strain that you need to try to invest in when you see it. If you have a stressful job and have a hard time relieving stress/negative thoughts, this strain can allow you to unwind in a happy way. Seeds can always be tough to find when you try to use a dispensary as some seeds have a massive demand.

Growing weed can present so many challenges with some being out of your control. Flooding can ruin a crop and strong winds can damage the less durable strains grown outdoors. Concealing the smell of dank strains can also be an issue as most people want to keep their growing projects to themselves for security reasons.

Mr. Nice Guy is a strain that is named after a master smuggler. Are there strains named after other public figures that you cannot get enough of?