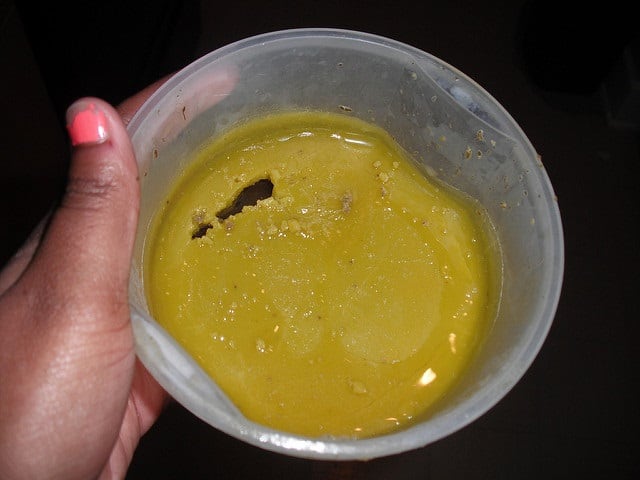 Cannabutter or cannabis butter is the staple of a wide range of edibles made using the marijuana plant. For endeavors and enthusiasts of marijuana, this is truly a delight. There are so many products that you can make using weed. Many of them have gotten quite popular. If you enrolled at the Cannabis Training University, you will learn all the steps of making cannabutter or marijuana butter.

There are different ways of how to make cannabutter and there are different ingredients that you can use. Here, we will discuss how to make cannabutter using wax or trim. Cooking with marijuana is simpler when you make cannabutter. Butterfat oils are excellent solvents for CBD, THC and other medical marijuana compounds. Olive oil, butter, coconut oil, and clarified butter is known as ghee are all amazing solvents. One of the good things about these solvents is that they are quite healthy and they all actually taste good as well.

The Benefits of Using Cannabutter

There are several benefits to using cannabutter. One benefit is that it allows you to efficiently use marijuana leaves, kief and trim. It is also easier to measure the doses, beginning with identical batches. When you infuse butter with marijuana, you get cannabutter, which has been a recipe that many enthusiasts have enjoyed. After you make cannabutter, you can use it in various recipes such as making pot brownies, cookies, and pasta sauce. You can also eat cannabutter by itself, which allows you to easily consume medical marijuana without having to smoke it.

You can make cannabutter out of the trimmings or clippings from a marijuana harvest. You can crush the nugs of the marijuana as well and use it in your cannabutter recipe. So, you don’t have to use up the weed that you smoke, but instead use the residue from the plant, something that some people throw out when they don’t have to. But, make sure that you use the marijuana leaves and not their stems, although you can. Why? Well, stems don’t have as much cannabinoid oil compared to the leaves.

Starting the Process of Making Cannabutter

How do you begin the process? You do so by getting the trimmings or clippings ready. Gather the stems and debris and put away the water and sugar leaves. Use a food processor to break up or mulch the trimmings. The surface is going to play an important part if you want to get the most cannabinoid oil from the leaves. For example, if you were to boil a whole marijuana leaf, the outer part of the leaf is the only area that will react to the heat. However, if you were to grind the leaf in a food processor, you would get more cannabinoid oil from all the flakes. A weed grinder would not work as well as the food processor.

After breaking down the leaf to mulch, put it in your pot. If your batch of trimmings is small, you would use a smaller pot. The opposite is true for larger batches. Don’t fill the pot all the way to the top with mulch. Fill the pot a third of the way. Add sixteen ounces of water to every four ounces of butter. Bring everything to a boil under medium heat. Stir as necessary. As soon as you are three-quarter way through, you can turn the burner down to low heat. You should boil until the water has been fifty percent evaporated, usually between three to four hours. You will know that you are finished when you notice the oil floating to the top. It is time to now strain everything, let it cool and refrigerate. Every few days, you still need to monitor it while it is refrigerated to make sure that there is no mold.

Want to learn other ways to make cannabutter? Enroll at the best marijuana school today!