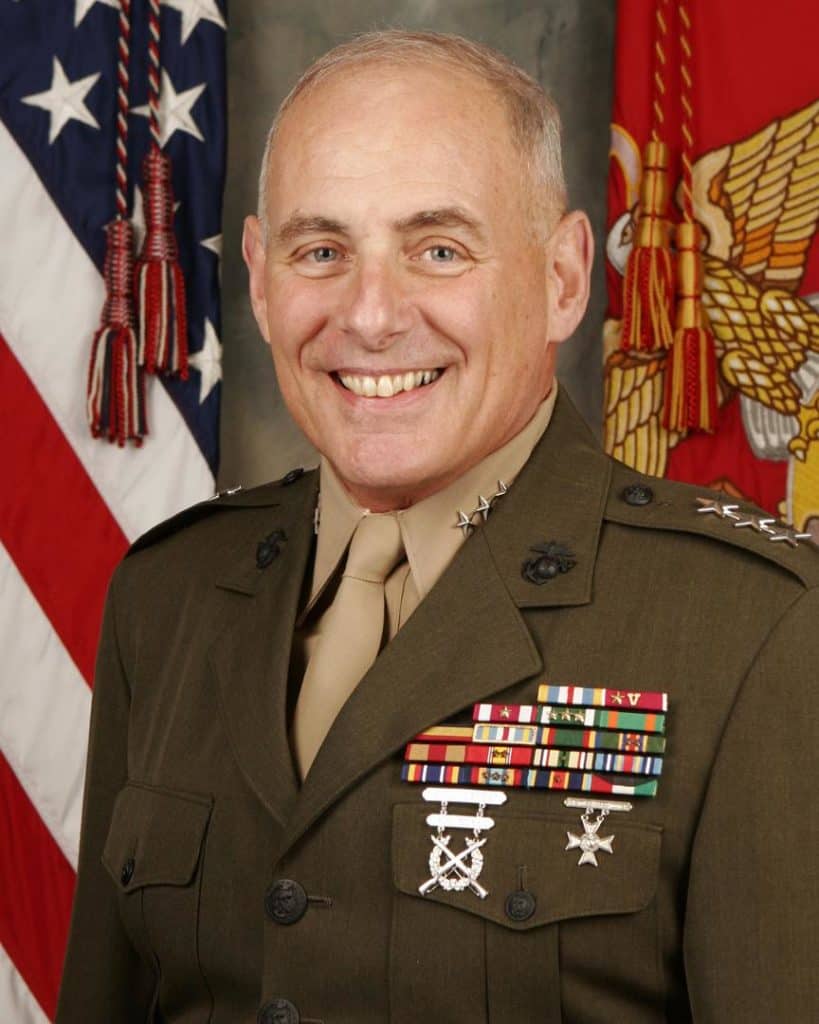 If things couldn’t get worse with Donald Trump nominating Jeff Sessions as attorney general, the president-elect has once again made cannabis consumers and activists worry for the future of legalization. General John Kelly, a drug war hardliner is expected to be the next secretary of Homeland Security. As head of the Pentagon’s Southern Command, Kelly was in charge of counter-narcotic operations in Central and South America from 2012 until earlier this year. Included in his duties as homeland security included the 20,000-person border patrol, which oversees security of the border as well as the majority of drug enforcement operations on the border.

In April, Kelly testified before a senate committee saying that “the use of drugs became cool as projected by Hollywood, social progressives, and even Harvard professors.” He is also a proponent of the debunked “gateway” theory and has requested more funding for the war on drugs, calling it a “moral necessity.” Anyone with their head out of the sand realizes that these statements are laughable and to equate the “coolness” of drugs to the opinion of liberal elites is not only naïve but also irresponsible and overly simplified.

This leads many to believe that operations south of the border will increase under a Trump presidency with him holding a position of power in the Trump cabinet. Any conscious American can see that the war on drugs has been an abysmal failure that has produced no significant change on the influx of dangerous drugs in the United States. In addition to no tangible successes, the war on drugs has also cost American taxpayers close to $500 per second, an amount that could be spend on other more important social problems such as homelessness and poverty.

Trump has not impressed those in the cannabis community with his cabinet choices, though many believe marijuana enforcement will take a back seat to the ambitious deportation plan Trump had flouted during his presidential campaign. Regardless, a man who wishes to depart over 11 million illegal immigrants doesn’t understand the enormous logistical and financial challenges of such a feat. What worries many cannabis activists is that with the immigration dream being impossible for Trump to fully accomplish, he will turn to low hanging fruit (aka legalized cannabis) to bully. This will be an easy target with so many of his cabinet being drug enforcement hawks supporting full-scale cannabis prohibition.

It is still hard to say if Trump will turn his attention to cannabis legalization during his presidency. He has been quoted to letting states decide their own future around legalization but with these recent nominations of Sessions and Kelly the cannabis community has been rattled. If Trump keeps a short leash on these prohibitionists, legalization will continue to spread throughout the states. However, Trump will likely be preoccupied with other more pressing matters and Sessions and Kelly would love to get a easy “victory” in their eyes with the reinforcement of federal law around cannabis prohibition. The future is uncertain around legalization and it troubles many in the cannabis community of the recent nominations Donald Trump has pursued in filling up his cabinet. Much like Trump, the future seems confusing, ambiguous, and downright perplexing to the cannabis community.

It is quite unfortunate to see Trump has made such decisions so far. John Kelly drug crusader as well as Jeff Sessions could be bad news for the best industry in North America. These two men are not good for the cannabis industry, but hopefully they are smart enough to realize that if they interfere with the progress of the cannabis movement, their chances of being reelected would become quite dim.

To learn all the latest marijuana law and regulations enroll at the leading cannabis college today.