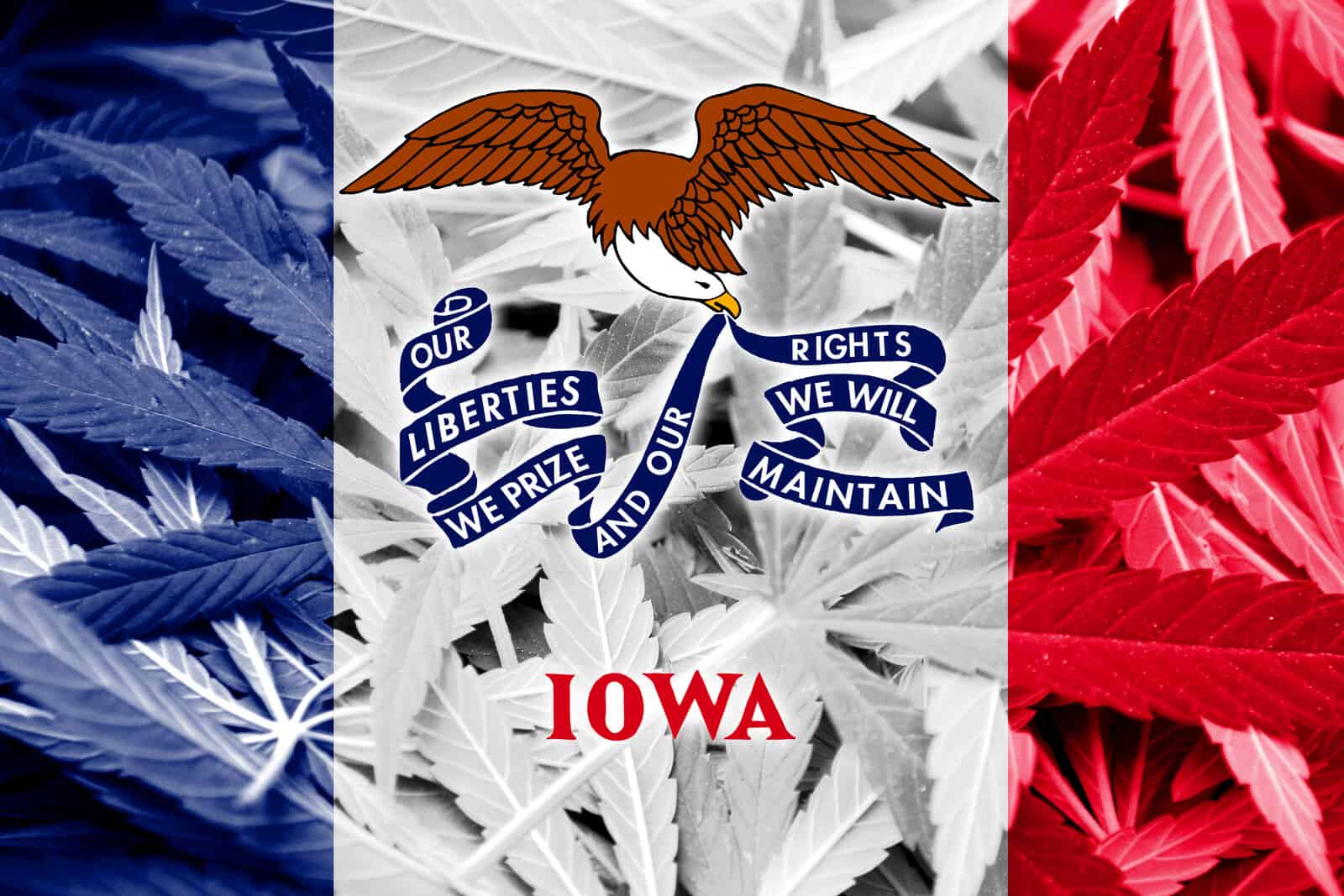 Is Weed Legal in Iowa?

Iowa joined the bandwagon of states to ban the drug during the 20th century. In the early 1920s, the state banned the drug. Today, small possession of weed is a misdemeanor crime. Repeated arrests for possession of any quantity are considered misdemeanors as long as it is for personal use.

In the 1970s, Iowa tried to decriminalize the drug with no success. The state tried again in 2014 with the same results. In 2015, Cedar Falls took a shot at decriminalization but failed. In June 2020, Des Moines’ city council voted to adopt an anti-racial profiling ordinance. The council set up a task force to study weed decriminalization.

An ACLU study shows that Iowa is the fifth-worst state in the nation when it comes to racial disparity in pot arrests. Only Montana, Kentucky, Illinois, and West Virginia are worse. Black people make up about four percent of the population but are 7.3 times more likely to be arrested for weed. They’re 11 times more likely to be jailed.

While Iowa’s lawmakers are hesitant to move forward with legal weed, a majority of residents support it. In fact, a recent poll by Selzer & Co. was the first time the poll showed majority support for legal weed. Today, 53 percent support it. Compare that with the 29 percent who showed support during the first poll in 2013.

After failed reform attempts in the 1970s, Iowa intended to allow medicinal weed use through a therapeutic research center from 1979 to 1981. The research never happened. It wasn’t until 2014 when the Medical Cannabidiol Act was signed into law. The law allowed possession or use of CBD under three percent THC for patients with intractable epilepsy.

Patients had to get a written recommendation from a neurologist. Only residents can become certified by a state-licensed doctor. With a medical card in hand, patients can buy capsules, topicals, tinctures, and other CBD-rich products. The law allowed for up to two growers and processors and five dispensaries.

Despite the historic law, the rules made it hard for patients to access medicine. Since weed wasn’t produced in Iowa, patients had to obtain their medicine from out-of-state sources. Plus, smokable flower was made illegal in the state. The law made it so that patients had to transport it across state lines, which is illegal.

In May 2017, the governor expanded the medical program. The expansion added a number of conditions. New conditions included chronic pain, cancer, HIV/AIDS, multiple sclerosis, Parkinson’s disease, and Crohn’s disease. In May 2019, the governor vetoed a bill that would expand patient cap THC quantities at 25mg for 90 days.

In June 2020, Governor Kim Reynolds approved an amendment to add qualifying conditions. It would also allow patients to obtain a total of 4.5 grams of THC every 90 days. Terminally ill patients, however, could exceed the limit with a doctor’s recommendation. The new limit essentially reduces the amount of THC a patient can get.

The bill added post-traumatic stress disorder (PTSD) and autism with self-harm to the list of conditions. The recent bill allows any patient with “chronic pain” to use medical CBD. Previously, patients needed to have untreatable pain to qualify. The rule change allows podiatrists, physician assistants, and advanced practice nurses to prescribe weed.

Iowa’s patient count remains around 5,000 and continues to grow at a slow rate, especially after COVID-19. In the state’s border states, decriminalization and legalization are growing in momentum. In Illinois, legal weed has even attracted some neighboring Iowa residents. It’s up to lawmakers to listen to what their constituents truly want.

Is Hemp and CBD Legal?

In June 2020, the Hemp Consumer and Public Safety Act was signed by Governor Reynolds. The act clarified provisions from the state’s 2019 Hemp Act and allowed for the production of hemp. The law states that hemp products must contain under three percent THC. The law also prohibits smokable or inhalable hemp products.

Iowa’s rules are a bit harsh compared to the rest of the nation’s. While residents may have to wait a long while before they see any major changes, it’s important to invest in weed education today. Enroll in CTU’s Iowa cannabis college to learn everything from state laws to how to start a career in this exciting industry and earn your cannabis certification.