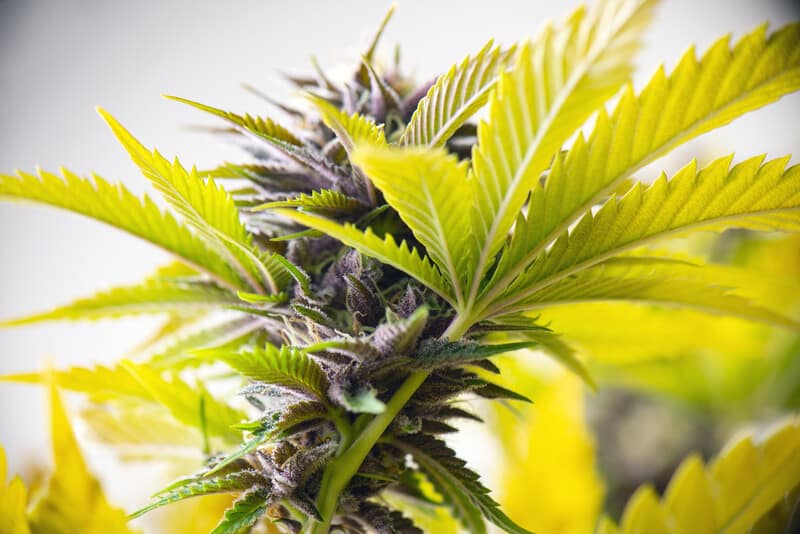 Doing your own recon is going to requires you to read this guide on tips to grow and smoke the ReCon strain. Doing research on strains by trying them should be the most fun trial and error process you have ever been associated with. There might be certain strains that you do not like and you could find that you only like to smoke Indicas or Sativas.

ReCon is not for everyone as it can even be too potent for veteran marijuana smokers. This can be the perfect strain to try your luck with more potent strains though as its effects are incredible.

Is ReCon strain indica or sativa?

ReCon strain is a 60/40 Indica-dominant hybrid of LA Confidential and Cannadential Citrus. You will be able to focus after consuming this strain although you will have a wave of relaxation wash over you. Use this strain when your mind is racing to put you into a far better headspace.

LA Confidential strain is potent with up to 25 percent THC and is mentioned throughout the rap community by artists like Snoop Dogg and Cypress Hill. You are going to be relaxed after a single hit with a burst of euphoria that allows you to melt into the couch. Consumers should be careful as smoking too much of this will leave you falling asleep.

Cannadential Citrus is a delicious option for the stoner that needs a burst of energy in the morning. You will feel euphoric and energizing effects with the ability to still focus on the task at hand.

Finding strains that give you a similar high with various potencies can allow you to enjoy them during nearly any occasion. Strains that have similar effects to ReCon include Critical Plus and Willy Wonka.

ReCon can be grown indoors or outdoors using a variety of growing methods. This can be a great strain to grow outdoors if the summer has temperatures of 70 to 80 degrees. Places like Florida might be too warm to grow outdoors while Northern California could have a perfect climate.

Yields are going to be impacted by so many factors that start with the genetics of the seeds you purchase. You can grow a strain flawlessly and still be disappointed if you have seeds with inferior genetics. Trust online seed banks that have a reputation for quality seeds rather than opting for an Instagram grower without reviews online.

The flowering period of ReCon strain is 74 to 85 days.

The appearance is light green with brown hairs. There is a thick covering of trichomes that announce the potency of this incredible strain.

Growing similar strains when growing in a tent can be important. You want strains that thrive under the same conditions like humidity or temperature. Strains that are similar to grow to ReCon include Biohazard and Blue Lime Pie.

THC Percentage Of The ReCon Strain

The THC percentage of ReCon strain is 16 to 23 percent which makes this an incredibly potent strain that is not recommended for inexperienced smokers. Expect to feel a bit more creative as you drift into a state of relaxation and focus. Expect Indica effects with this strain with a bit of euphoria.

Flavor And Aroma Of ReCon Strain

Pinene can help fight stress, anxiety, and depression. You can expect the flavor of wood and pine with this terpene. Strains that contain this terpene include Cherry Bomb and Grape Pie.

Carene has a flavor of cedar and a citrus aroma. Strains with this terpene have been shown to help people with memory problems and can even help those that suffer from insomnia. Strains that contain this terpene include Blackberry and Mob Boss.

Phellandrene has an aroma of mint, wood, and citrus along with a flavor to match. Strains that contain this terpene have been shown to help people with upset stomachs. If you are looking for strains with this terpene, you should check out Raindance and Strawberry Ice.

Ocimene has a sweet fruity taste and can give someone a new burst of energy. Strains that contain this terpene at high levels include Zprite and Durban Poison.

Strains that have similar flavors can be used as a treat at the end of the day. Being able to smoke something that makes your mouth water can provide a pick-me-up. Strains with similar flavors to that of ReCon include Tora Bora and Blue Fire.

Marijuana has been used for centuries to address various medical conditions. The plant can be smoked or even made into edibles to help people find relief. ReCon strain can help with the following medical conditions:

The CBD levels are not massive in ReCon but as you can see there are a number of medicinal benefits. Cannabinoids work in unison to potentiate the benefits of one another. The working together of cannabinoids is often referred to as the entourage effect.

ReCon is going to be easy to grow which makes the seeds of this strain a great investment. You should not have trouble finding flower of this strain as it is only going to grow in popularity. Balanced hybrids can make everyone happy as not all occasions are right for a pure Indica or Sativa.

Growing ReCon can be great for a first-time grower as long as the temperature is between 70 to 80 degrees. Getting the help of a professional grower to look at your plants or give you tips can be invaluable. Being able to identify things like mold or mites early can help save a grow that otherwise would have been wasted.

CTU offers the best marijuana cultivation courses online so you can learn from the comfort of home. Our staff has put together courses that takes the guesswork out of growing cannabis if you are inexperienced. Getting a job in the marijuana niche is far easier if you can showcase your ability to grow a variety of strains well.